Opinion: Signing Trevor Bauer Was a No-Brainer for the Dodgers

Signing the reigning National League Cy Young Award winner was a no-brainer for the Los Angeles Dodger and here's why.

Trevor Bauer is a Dodger.

This morning's news that the reigning National League Cy Young Award winner chose to sign with the reigning World Series champions may come as a surprise to some of you, especially after a member of the media incorrectly reported that a deal was done between Bauer and the Mets. But regardless, Bauer is coming back home to Los Angeles.

The news of Bauer's signing with the Boys in Blue was greeted with mixed reactions on social media by fans, and rightfully so.

Bauer is a gregarious and polarizing figure. His outspoken opinions have created controversy wherever he goes and his close-minded views on pitching and training are enough to spark a confrontation with coaches and potentially wreck a clubhouse.

Bauer is without a doubt one of the most talented pitchers in the world, but his aggressive personality and combative nature on social media are problematic. He's been painted as misogynist, opposes global warming, and is a 9/11 conspiracy theorist. Granted, all of these things are not equitable to the recent accusations made against recently fired Mets General Manager Jared Porter, or Angels' pitching coach Mickey Callaway, but they are cause for concern nonetheless, especially in a city like Los Angeles.

However, with all that said, the decision to sign Bauer was still a no-brainer for the Dodgers and I'll explain why.

First and foremost, in all my years in sports journalism, I can count on one hand the number of free agents who have so openly campaigned to be a part of a team the way Bauer has for the Dodgers.

Whether it's going after the Houston Astros on social media for the cheating scandal that cost the Dodgers a World Series in 2017, wearing a Dodgers hat in all of his vlogs, or defending/promoting Dodger players while he was a member of another team, Bauer has strongly expressed his desire to play with the champs. Heck, he even contacted Dodger fans asking them why he should sign with the team.

Then there's the homecoming story. Bauer was born in North Hollywood and grew up in Santa Clarita where he played baseball for Hart High School. He attended college at UCLA where he was named the Pac 12 Pitcher of the Year before he made the move to turn pro in 2011. Many fans would be surprised to know that Bauer graduated Hart a year early as a junior, and with a 4.80 GPA. This brings me to another point in relation to his past antics on social media. For all the provocative, dubious, and salacious remarks he's made on those platforms, Bauer is extremely intelligent and calculative with his choices.

Many of the immature and contentious comments Bauer has made have all been part of building his brand. In 2019, he founded a sports media company called Momentum. Its mission is to give fans insight into baseball players and their personality. Bauer's goal with Momentum is not for player's to rely exclusively on the league or the mainstream media to pull down the curtain and reveal the depths of a player's personality, but to allow the players to do it themselves. So whether you love him or hate him, Bauer is giving audiences an unabashed glimpse of his true self, and one that hasn't really changed since his days at Hart High School.

"He was pretty gregarious and outspoken," said Jim Ozella, Bauer's baseball coach in high school. "But he's a big time competitor on the field and an outstanding pitcher."

For all of Bauer's inappropriate humor and hot takes, his coach has always called him a man ahead of his time.

"He was into sabermetrics and analytics before it became mainstream," said Ozella. "He was ahead of the game and it really paid off for him. I think playing for the Dodgers is the best of both worlds for him. It's a great opportunity to pitch for his hometown team and also play for a World Series Champion."

During his Zoom meeting with the Dodgers, Bauer was reportedly so blown away with the team's sabermetrics and analytics departments that he wanted to begin working with them right away. This brings me to another point:

Bauer currently lives and trains in Arizona just miles away from the Dodgers spring training facility in Glendale. Baseball players are routine driven creatures of habit. They excel when they are comfortable and familiar with their surroundings. The fact that the Dodgers were the only team of the reported finalists that have their spring training facilities in Arizona and not Florida was likely another factor in Bauer's decision.

Additionally, Bauer reportedly wanted to sign with a team that would allow him to use his own training methods during the season. Those methods are rooted in Bauer's relationship with Driveline Baseball. In fact, Bauer was one of the first players to work with the Seattle-based company and bring their unique approach to pitching into the mainstream.

It's no secret that the Dodgers are among the cutting-edge organizations in all of baseball when it comes data-driven training methods. The Dodgers not only encouraged many of their own pitchers to visit Driveline last offseason, they even hired former Driveline employee Rob Hill to be a part of their pitching staff.

If you're still not sold on why Bauer and the Dodgers seem like a baseball match made in heaven, I have a few more points to make.

A couple months ago, after the San Diego Padres acquired Blake Snell in a trade with the Tampa Bay Rays, I tweeted that the Dodgers need to sign Bauer to stay ahead of their NL West rivals. I admit it was a poor word choice on my part. The Dodgers did not need to sign Bauer (or anybody else for that matter), but they should sign him, and they did. At the time, the Padres acquisition of Snell did not mean they were out on signing Bauer as well.

As it stood, they weren't finished bolstering their starting rotation, as they traded for former Dodger Yu Darvish a few days later, and Joe Musgrave a few weeks after that. The Padres had to trade valuable prospects and assets to acquire those pitchers, as well as Mike Clevinger at the 2020 trade deadline. In order to keep pace with the Padres in the NL West arms race, the Dodgers did not need to lose any major league players or prospects, they simply had to outbid everyone else. Something the World Series champions were in a position to do. Which leads me to my final point:

Bauer has repeatedly stated his openness to bet on himself and sign one-year deals if need be. Similar to the deals LeBron James and Kevin Durant signed in the NBA, Bauer trusted his training regimen so much that he felt comfortable taking a higher dollar amount for a one-year deal, than a longer contract with a lower average annual value. Do you know who else likes "show me" deals like that?

For years, the Dodgers have tried to lure the league's biggest free agents with short-term deals that have a high AAV. They tried it with Bryce Harper and Gerrit Cole in past offseasons and they offered it again with Bauer.

Once the Mets offer of three-years, $99 million leaked to the public on Thursday evening, the Dodgers had no more excuses. This was the type of deal they had coveted for so long, and now it was just a matter of putting their money where their mouth is and stepping up to the plate.

It was a no-brainer. 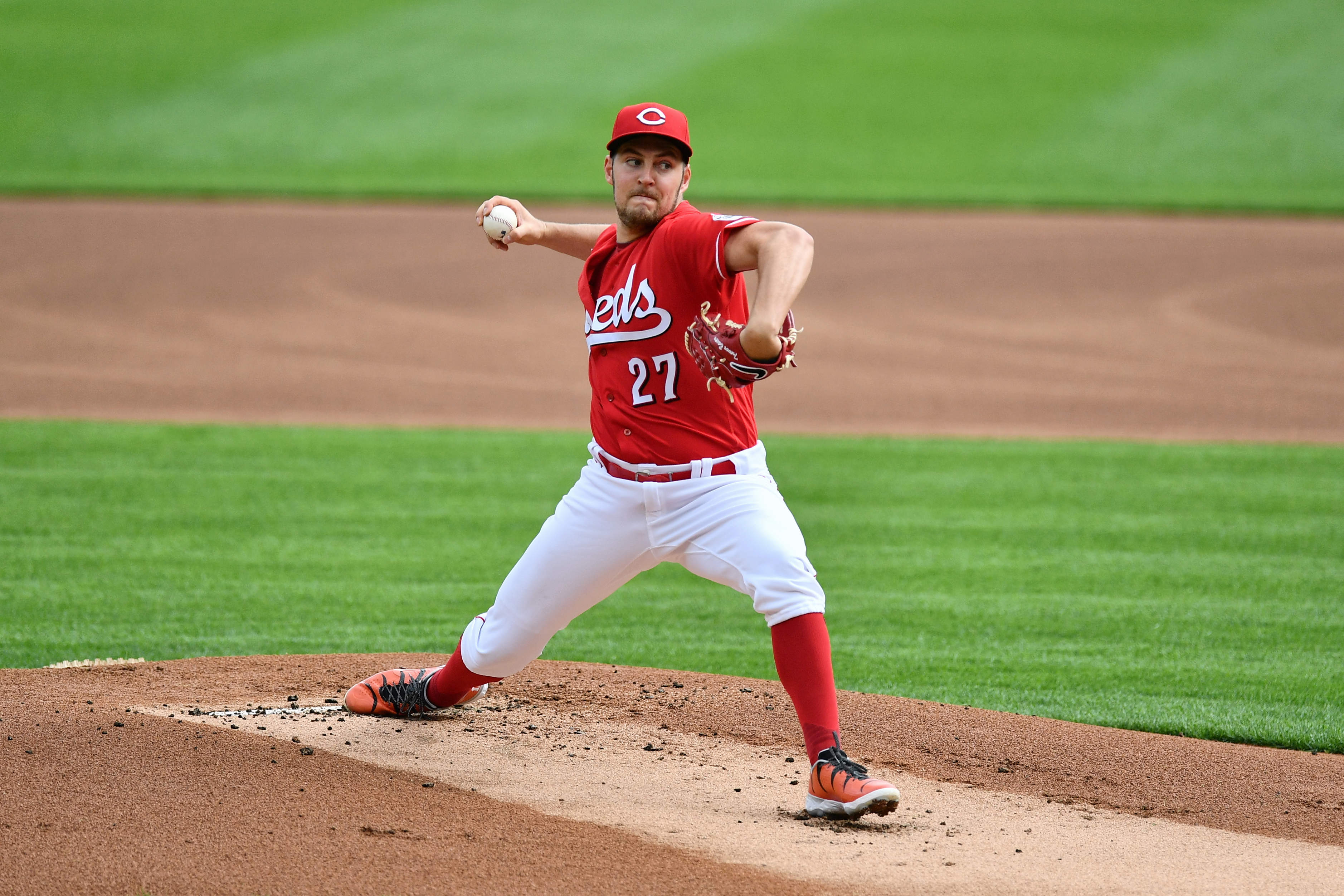 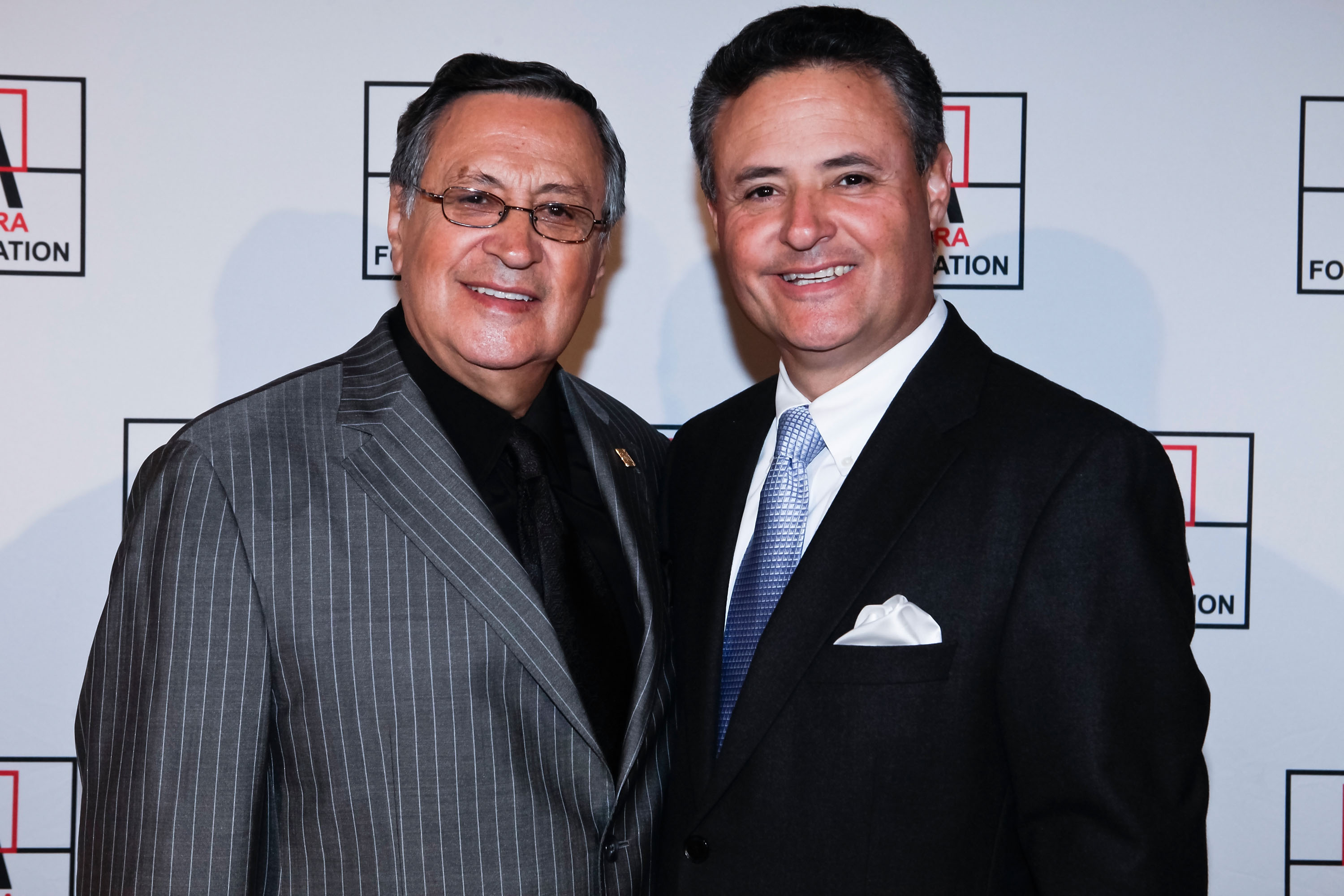 The Dodgers and Bauer reportedly agreed to a three-year, $102 million deal with opt outs after each of the first two years. This is a rare win for both parties involved. For Bauer, he becomes the highest paid player in baseball in 2021 with a reported salary of $40 million. For the Dodgers, if it all goes horribly wrong, it could be over after just one year.

For fans concerned about Bauer's personality that fear he won't fit in with the current Dodgers' clubhouse, I can assure you I've reached out to players and they don't share those same concerns. Additionally, both his former teammates on the Indians and Reds have nothing but great things to say about him and his love of the game. And for those fans that believe the signing of Bauer hurts the Dodgers chances of re-signing some of their own homegrown players like Corey Seager, Cody Bellinger, and Walker Buehler? Fear not, a lot of money is coming off the books in the next two years, and Bauer isn't signed beyond then, even if both parties decide to continue on their relationship together.

With Bauer, the Dodgers now have the only starting rotation in Major League Baseball with three former Cy Young Award winners on it and you could argue none of three (Bauer, Clayton Kershaw and David Price) are even the team's best pitcher. That honor likely goes to Walker Buehler, whose postseason resume is already legendary. Not to mention the Dodgers still have young talented arms in Julio Urias, Dustin May, Tony Gonsolin, and Josiah Gray to build the bridge to the future.

Even though the Dodgers didn't need to make this move, I'm nonetheless glad they did. This sends a direct message to the city, the fan base, the NL West, and the league as a whole, that this wasn't about just winning one World Series championship. That ending the 32-year World Series drought did not mean the Dodgers would sit back with their feet up and enjoy the fruits of their labor. No, this sends a different message.

By signing the reigning NL Cy Young Award winner the Dodgers are backing up the words of their last record-breaking contract with Mookie Betts. That this is about sustained excellence, and competing for championships year in and year out. Complacency is the biggest obstacle for a defending champion, and by signing Bauer, who has never won a World Series, the Dodgers are ensuring that there will be players in that clubhouse that are hungry to win another title in 2021. By acquiring Bauer, the Dodgers are emphatically stating we want to be a dynasty, not just a one-hit wonder.

Look out baseball, you've officially been put on notice: the Dodgers are ready to defend their title. Now it's time to re-sign Justin Turner and get to work.