On Wednesday night, the Los Angeles Lakers bid farewell to Kobe Bryant with a series of video tributes from current teammates, past teammates and celebrities.

First up, the Lakers presented an in-arena tribute:

In between timeouts, the Lakers played clips of celebrities and former teammates thanking Bryant for his years of service.

Past teammates including Rick Fox, Robert Horry, Shaquille O'Neal, Lamar Odom and numerous others told stories and explained the relentless and unique basketball player. Perhaps the most meaningful of the quotes from the videos came via Horry. 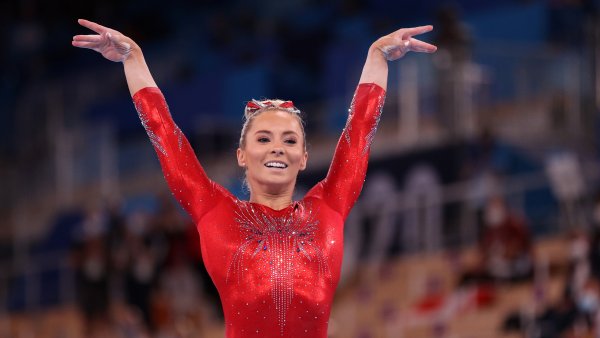 5 Things to Know About MyKayla Skinner

"I played with some greats, and by far, you were the greatest," Horry said.

For his part, Bryant played his role to perfection. Leading the Lakers to a fourth quarter rally, playing the entire second half and scoring 60 points in his finale all failed to meet the test of believability.

In his final outing, Bryant was unbelievable.

Incidentally, the Jazz only scored 21 points in the fourth quarter, meaning Bryant outscored an entire team for his final quarter of professional basketball. Famously, Bryant outscored the entire Mavericks team through three quarters when he scored 62 points weeks prior to the 81-point game, but a 37-year-old beating a team on his own sounded like a glitch in the matrix.