Shouts for Joy: Hear the Loudest Celebrations From Olympic Athletes in Tokyo

No matter the sport, athletes in the Tokyo Olympics have expressed their post-event excitement in the loudest of ways

When you've just achieved a near super-human feat on the world stage, it's hard to imagine you'd hold in the super swell of emotions and excitement that drove you there.

No matter the sport at this Tokyo Olympics — be it boxing or wrestling, gymnastics or high jump, lifting or fencing, table tennis or canoe — athletes have continued to express their post-event excitement in the loudest of ways, screaming and celebrating with all their might.

It's an incredible sight for viewers watching from home, and provides much-needed crescendos for the quieter-than-normal arenas and veunes that in a normal year would be filled with cacophonies of supporting claps and cheers.

At the Tokyo 2020 Games, where no spectators have been permitted as a safety measure to protect against the spread of COVID-19, it hasn't been the easiest environment for athletes to keep up their energy. 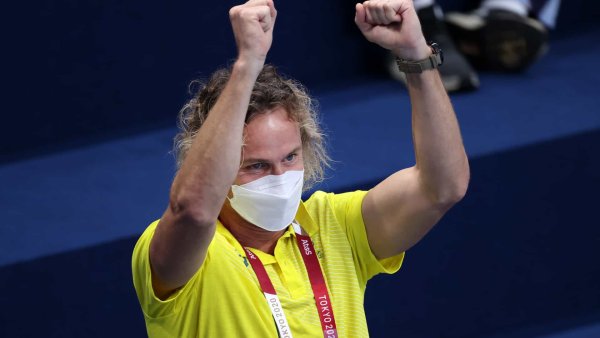 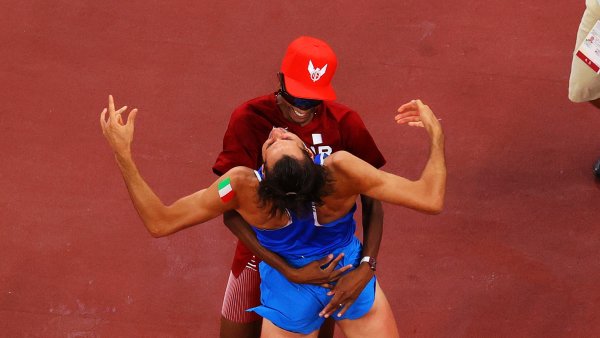 “I love drawing from the crowd,” defending 800-meter bronze medalist Clayton Murphy said before the Games got underway, according to NBC Olympics.

"Knowing that (fans won’t be there) going into it allows me to prepare in different ways and understand the fact that I might not have that little boost of the crowd coming into the last little bit, or you might not have it going into your last jump or throw or whatever you have going on."

While families of Olympic athletes are among those who haven't been allowed to make the trip, they've kept up the energy from home.

Holding the Olympics during a pandemic means lots of empty seats that were supposed to be filled with cheering fans. NBCLX storyteller Chase Cain takes you to Ariake Urban Sports Park in Tokyo, where the first-ever Olympic skateboarding competition was held, to learn what it’s like to be one of the only fans in the Olympic stands — and how all that quiet affects the athletes competing.

Livestream watch parties have captured thrilling moments of family members cheering on their loved ones from afar, including U.S. swimmer Lydia Jacoby's contingent in her hometown of Alaska and Great Britain diver Tom Daley's husband — plus so many more.

Other fans used to making the specials treks to venues around the world this year brought the festivities to them, including super-fan Kyoko Ishikawa.

Ishikawa has been to every summer edition of the Olympics since 1990s, and has always worn the time attire, she says. This year she's doing things a bit differently.

"I decided to turn my home into the ultimate Olympic venue," Ishikawa said to the AP, wearing her usual Japanese traditional festival costume and a headband with "victory" written in Kanji characters.

This past year, athletes had to virtually reveal their lifelong dream of making the Olympic team had finally come true. Watch as their families react to the news and prove that despite the circumstances, the emotion and excitement are still real.

Watching on a large TV screen, Ishikawa blows a whistle and waves a Japanese traditional fan to show her support.

Of course, sometimes the quiet moments at the Games are just as special.

After withdrawing from four individual gymnastics events over the course of a week, Simone Biles at last returned to the Olympic stage in her final chance early Tuesday. She took on the balance beam, overcoming the "twisties" she said were affecting her and delivering a remarkable performance, good enough for a bronze medal — her seventh overall, tying a record.

Perhaps even more meaningful than the medal? The ear-to-ear smile that flashed across her face as she stuck the landing.