The Proud Bird is a feast for the tummy and our camera, too. Also: Look for other new 100th anniversary eats, including the boysenberry-glazed Super Fun Bun.

The final sandwich-completing flourish is something of an appetizing art form, whether you're sticking a toothpick'd cherry tomato to the upper bun of a hamburger or a cornichon to a tuna melt's top slice of rye, all to add that pickle-perfect flair.

What you've never added to a bread-encased meal, we'll wager, is this: A smaller version of the sandwich that sits just below your chosen garnish.

The novel and nummy chicken sandwich, which is topped by a smaller chicken sandwich? It was invented to honor Knott's Berry Farm's big 100th anniversary, a celebration which will roll out over several 2021 months.

In fact, the Buena Park destination has a few new anniversary items on some of its menus, but you can count on pictures of The Proud Bird showing up on a number of social pages.

For the hearty offering includes "... a 12-inch Hawaiian bun served with a 12 oz. marinated and hand-breaded chicken breast, served with mayo aioli, lettuce and pickles, and to top it all off, a whole chicken slider," which sits directly atop what is very nearly a larger version of itself.

There is a pound of fries on the sizable plate, and a side of rhubarb, too, a nice and nostalgic touch for those Knott's fans who've enjoyed dishes of stewed rhubarb at Mrs. Knott's Chicken Dinner Restaurant over the decades.

This sandwich, which will feed four to six people, can also be found at the famous restaurant, which sits near the gates of the theme park (so, yes, you can dine there without entering the park itself).

The price? It's $55. And, again: This is a meal for your whole chicken sandwich-craving group, if your group is around four to six people, and not just a single diner.

Let's just repeat how many fries will accompany this unusual meal: One pound. Of fries.

But The Proud Bird isn't the only anniversary offering getting theme park-obsessed gourmands talking. Look also for the Super Fun Bun, which is a glazed cinnamon bun that measures a foot across, at Ghost Town Grub. 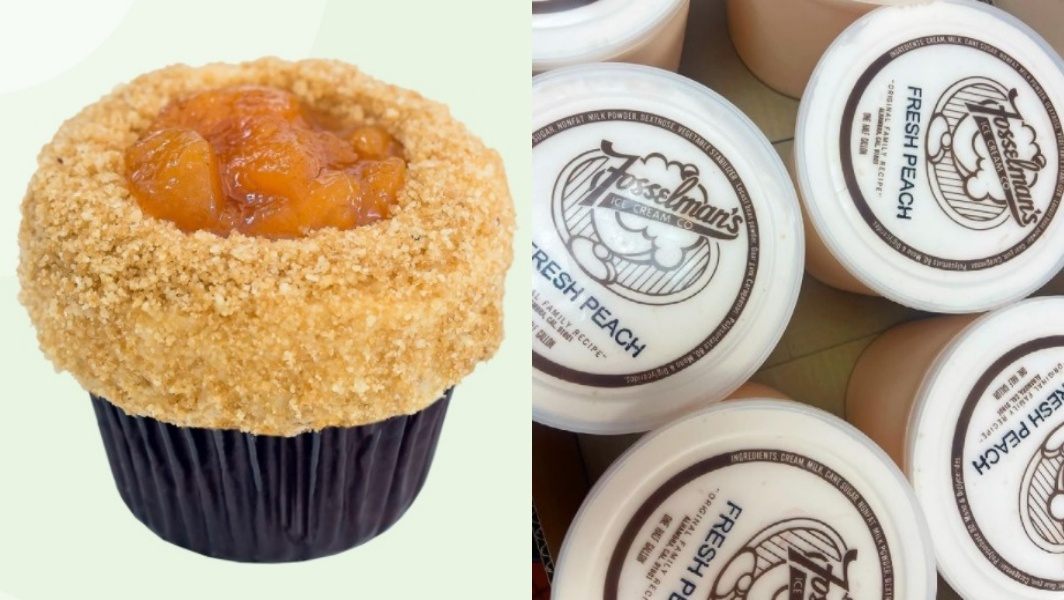 For sure, the $20 treat includes a boysenberry glaze, because that's practically law at Knott's, and, oh yes, a crispy-ish coating of funnel cake batter.

And at Coasters, another eatery found inside the park?

Gather three to five of your friends and go for Xcelerator, the Burger.

The burger's flavorful Hawaiian bun? It's another 12-incher, while two pounds of 100% Angus beef form the savory center of the large-scale snack.

Ten slices of bacon, oodles of cheese sauce, and two pounds (!) of fries on the sound round this amazing noshable out.

It's $56, and, we repeat, this is a burger for a bunch o' burger buffs, in the range of four to six people, so plan your big burger buying accordingly.

Happy 100th anniversary, Knott's Berry Farm. You know your boysenberry bites, through and through, but time and again you've shown that you have a talent for tasties that surprise, tempt the appetite, and make us want to pull out our camera.