The weekend following March 17 may see some merriment, but you can locate larks around town on the actual holiday.

Quite often, when a major holiday falls on a Thursday?

Some of the parties, bashes, and ebullient outings make their way to the following weekend, all to extend the celebratory spirit of the occasion.

And while that will be true for St. Patrick's Day 2022, which is indeed happening on a Thursday, there are spots around Southern California that will throw on a few strands of green beads and look for the rainbow, right on the actual day.

It all depends on the sorts of sweet delights you're seeking, whether you'd simply like some fresh air with the family, an emerald-hued goodie, or a traditional plate of corned beef and cabbage.

The Original Farmers Market, at Third & Fairfax, has long been a hub for major holiday observances. The landmark's St. Patrick's Day celebration reflect that uplifting approach, and the 2022 event will include the hallmarks fans remember, from bagpipes in the afternoon to music in the evening.

Corned beef at Magee's Kitchen is a savory centerpiece to the alfresco affair, which has no admission and is free to join.

The Tam O'Shanter Restaurant, in Atwater Village, is kicking off its big 100th anniversary on March 17. Guests are encouraged to don green, live tunes will add an aural 'n Eire dimension, and "kegs, green brews, raffles and more" will play a part in the Irish-inspired evening. Read up on vaccination policies and more now.

The pub panache'll be in full bloom on March 17, with Molly Malone's on Fairfax Avenue, Tom Bergin's Public House (just a pinch down Fairfax from Molly Malone's), O'Brien's Irish Pub & Restaurant in Santa Monica, The Auld Fella in Culver City, and The Auld Dubliner in Long Beach all hanging up the shamrocks and lining up the pint glasses for the craic. 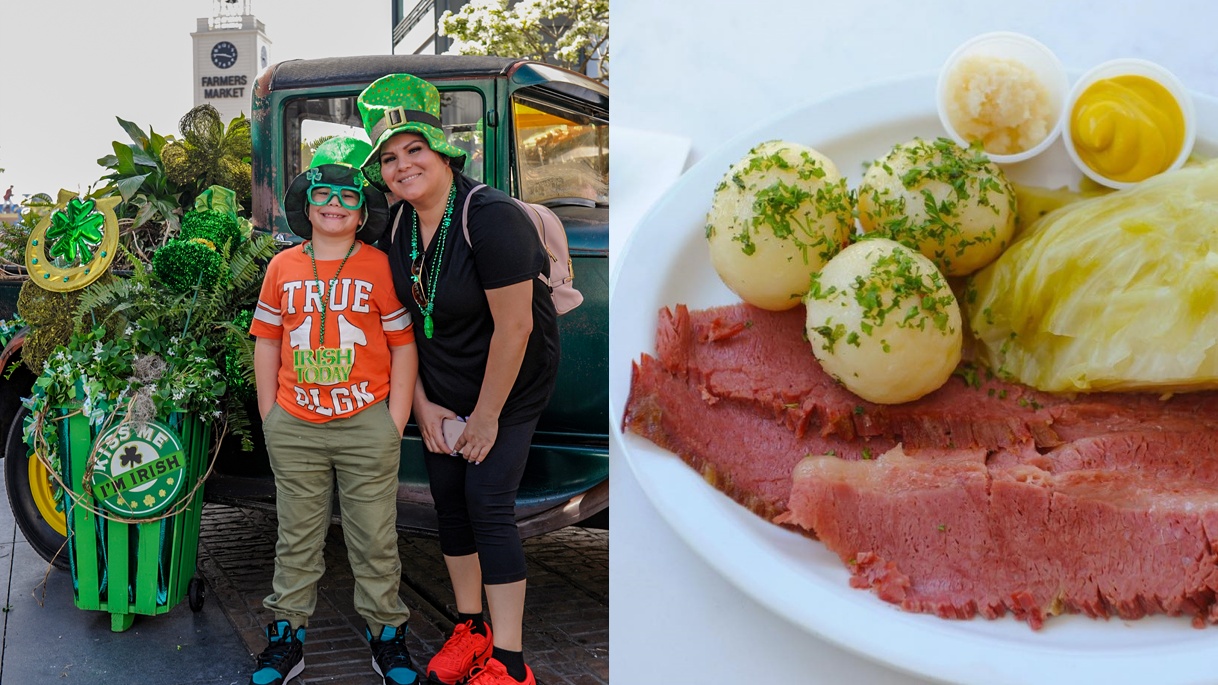 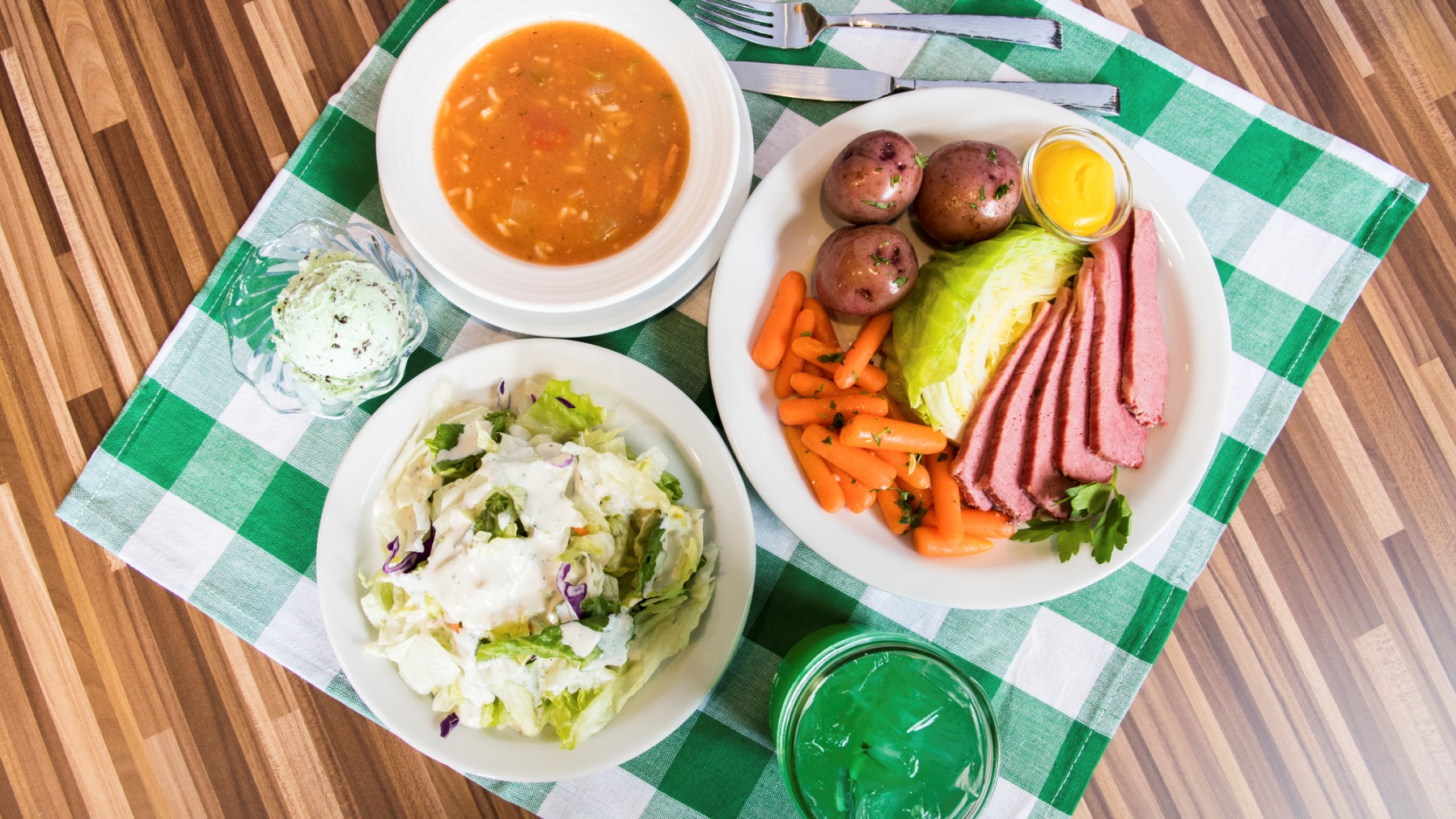 Good to know? You'll want to review the vaccination requirements at the pub or pubs you'd like to visit, and also check out the opening hour, too. Several spots, including Tom Bergin's and O'Brien's also serve a traditional Irish Breakfast early in the day.

If you're seeking out a yummy supper, without needing a bigger celebration, many eateries around town will be doing up the classic corned beef, potatoes, and cabbage.

NORMS Restaurants will have a special on the special plate, after 11 a.m. on March 17, while Twohey's Restaurant in South Pasadena will also have corned beef, as well as a Guinness-Glazed Short Rib (oh yes, and a spirited Shamrock Sour).

Seeking sweet treats to add a merry note to the morning of March 17? Both Trejo's Coffee and Donuts and Randy's Donuts are baking special confections themed to the green-themed goings-on.

And for families with small tots? There's a "Leprechaun Quest" happening all March long at South Coast Botanic Garden.

"Grab a Leprechaun Quest map at our ticket window and you'll be off on a fun adventure that even includes a home-grown 'leprechaun trap' to capture your imagination."

The cute quest is included with admission to the Palos Verde Peninsula destination.