Knott's Scary Farm Will Cast Its Spell in 2021

The monsters-and-more theme park spectacular has been canceled for fall 2020 due to the pandemic.

So you say you have a homemade Sunshine-o-Meter or some sort of fanciful contraption that purports to measure sunbeams in your storage room?

Even if such a nifty device existed, here's something true: You would never even need to take it to Buena Park in order to measure the city's sunshine quotient.

Because you know what all Southern Californians know: Even on foggy June Gloom days, the happy hamlet, thanks to its family attractions, fun dinner shows, and historic theme park, is one of the Sunniest Places on the Planet, thanks to its upbeat offerings.

But over several nights each autumn, a monstrous though merry shadow settles over the city, thanks to longtime run of Knott's Scary Farm, one of the oldest and most august of the major Halloween events, in California or beyond.

The Green Witch, the cowboy-hatted ghouls of Ghost Town, and hundreds of other characters haunt Knott's Scary Farm over several September and August nights, eeking-out guests as they queue up for startle-packed mazes. 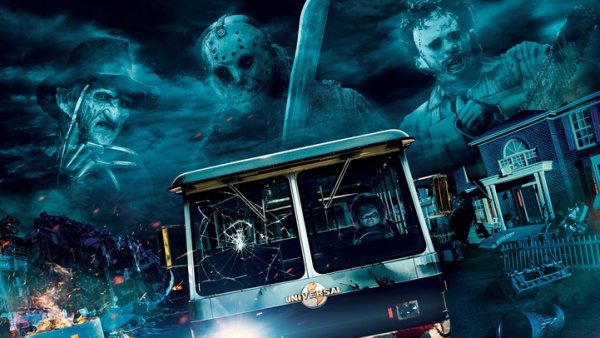 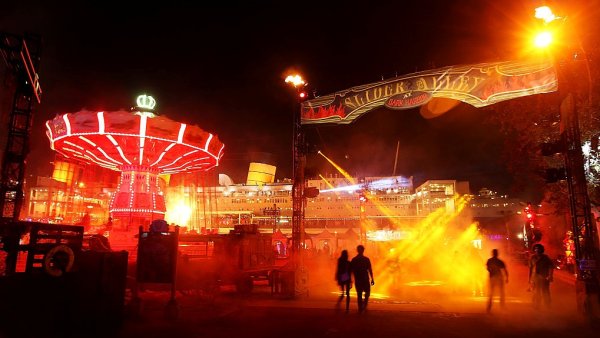 Alas, the eeks'll fall silent in 2020, for the team behind Knott's Scary Farm announced on Aug. 4 that the multi-night happening will be canceled this year in the face of the pandemic.

It isn't an unexpected announcement, as other Halloween-flavored festivities, including Dark Harbor at the Queen Mary and Halloween Horror Nights at Universal Studios Hollywood, are also looking to 2021 for their next showings.

So how will the Green Witch keep busy over the next 13 months, as she and her frightful friends look to the September 2021 return of the beloved mazes-and-more event?

Perhaps we'll find out a year from now how the thousand-plus monsters of Knott's Scary Farm spent their year away.

Until then, there are lots of frightful photos from Scary times gone by on the event's Instagram account.