Comparing an edible to a blank canvas? It happens frequently, on cooking shows and in foodie magazines and on menus, too.

But while a pie shell might be accurately described as a canvas awaiting color, and perhaps a piece of toast, too, nothing is quite as canvas-like, visually and anticipation-wise, as a perfect tortilla.

Unlike an actual canvas, however, a tortilla can be loaded with carne asada, and radish slices, and cotija cheeses, and it can be handily devoured by the artist, who may already be pondering his next work of art during the devouring.

That fine art of taco-ery is on beautiful, bite-ful display at Tacolandia, the LA Weekly's annual celebration of our region's plethora of tortilla-terrific, filling-fantastic, wrap-'em-up-in-foil delights. 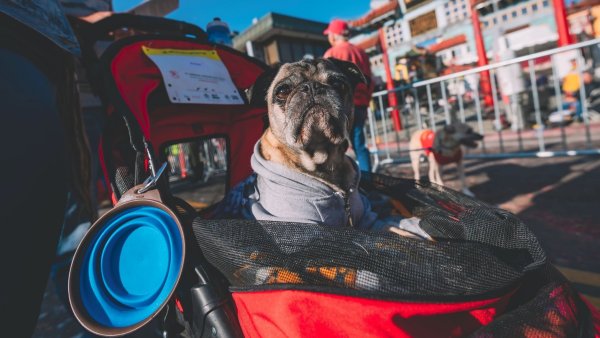 The LA Chinatown Firecracker Will Be Fully Virtual in 2022

El Pueblo de Los Angeles is the location — or museum, if you prefer — for these piquant works of art, and the date? It's Saturday, June 17, making it an ideal pre-Father's Day outing for those families that regularly and wisely gather around a platter of tacos back at home or while out and about.

Tabasco is the day's spice-tastic sponsor, and the beneficiary is El Pueblo Park Association, which "...was founded in 1982 to foster public interest in and good will for El Pueblo de Los Angeles Historical Monument (El Pueblo)."

Among the 120-plus vendors: Chicas Tacos, Loteria Grill, Naugles Tacos, Tacos Kokopelli, and so many that, we need to be totally frank: You won't try them all, over the course of four hours, but you'll probably make a totally impressive and satisfactory run at it.

Chill-the-tongue treats, from purveyors like McConnell's Fine Ice Creams and and the Marscapone Cheesecake Truck by Chef Turok, will handily address the dessert side of the (mostly) savory scene.

Cash bars, too, will dot the afternon, sun's-high festival.

As for tickets, and info on sampling, and how all of this art creation, art eating, art enjoyment in the belly shall go down? This is your next stop, dear mavens of tortillas, and all of the marvels they do hold.