The LACMA of Tomorrow (Perhaps)

It's a point of local pride when a building gets a nickname. Think of the office building in London known as "The Gherkin" or the Sydney Opera House, which seems to have a few going at any one time (we'll settle on the elegant "The Sails").

Talk of a new Los Angeles County Museum of Art has been around for decades, and the grand dame of Wilshire Boulevard did get a bit newer, in significant ways, over the last few years. First the Broad Contemporary Art Museum debuted, followed by the Resnick Pavilion, its neighbor to the north.

The arrival of "Levitated Mass" last year, now one of the world's most famous places to hold your arms above your head, showed, once and for all, that the institution was ready to take its growing role as a paragon of envelope-testing and innovation further. 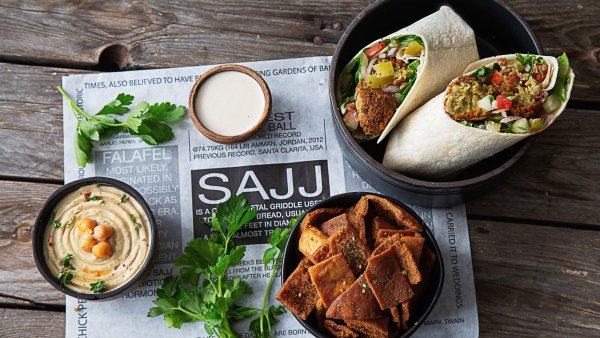 And so it has, in leaps and bounds, with the release of Swiss architect Peter Zumthor's proposal for the site. While the full display will be available for viewing starting on Sunday, June 9 in the Resnick Pavilion, you can get a first glimpse in model photos shared by the museum.

A first glance says that you might be looking at a very large tar pit, until you see the main tar pit, more near the center. The proposed museum is the flowing, dark shape to the upper left. It's a shape that seems to mimic its natural wonder neighbor, at least in spirit, so we do wonder if the re-imagined LACMA will one day be called "Tar Pit" or some spin on that (returning to the theme of nicknames and famous buildings).

The LA Times reports that Mr. Zumthor himself calls his building, which sits 30 feet off the ground on several "pods" and is comprised of concrete and large windows, "The Black Flower."

The May Company, the Broad, the Resnick Pavilion, the Pavilion for Japanese Art, Levitated Mass, and Urban Light, the lamps next to the Broad, will remain untouched. Also of interest? Part of the museum will extend over the eastern edge of the main tar pit (meaning the Natural History Museum will have to give its nod and participation, given that they oversee the La Brea Tar Pits).

This is, of course, if the plan moves forward. Some $650 million dollars must be raised by LACMA to launch this next phase.

Translation? There are discussions still to be had. Some very good questions will be raised, including those buildings that will need to go to make way for the new home to the museum's permanent collection. Thousands of Angelenos had their first museum experience in The Ahmanson building, and community connection is a powerful force.

But change is too, of course, and certainly in matters of art and ideas. One discussion on the table is the proposal's extreme energy efficiency (something needing addressing in the existing buildings).

No doubt about it, The Black Flower would impact a storied stretch of Wilshire in a rather galvanizing, modern way. How that story plays out in the coming months should be an interest to all of us, architecture buffs, painting lovers, urban caretakers, and down-the-block neighbors alike.