Things to Do This Week: The Garland's Songs of Summer

The Cowling Band will play at beautiful Beverly Park.

Songs of Summer: Finding a leafy oasis not far from the 101, one that's lush with natural beauty, sweet vibes, and the kick-back-a-tude of the season? You only need to pull into The Garland on Thursday, Aug. 16 to discover such a wind-down, feel-fine location. The vintage-cool hotel is presenting a concert at Beverly Park — that's the aforementioned leafy oasis, and it is right on the property — and the Cowling Band will be on the stage. It's free, but you'll want to snag your entry now. Just be over 21 and be ready to buy beverages and small bites, if you fancy them. Self-parking? It's eight bucks.

Downtown Culver City Third Wednesdays: Sometimes we're toodling through an area that we like but don't live in or know all that well, and we're delighted and mystified to see lots of people out, strolling, gabbing, ducking into shops and galleries. That's the sign of a rockin' neighborhood, and Culver City is just such a place. The Third Wednesdays series, a warm-weather favorite, is all about being out, seeing art, seeing people, and not paying to join the conviviality. "Tropical Staycation" is the theme of the Aug. 15 event, so bring cash for sips and eats.

El Segundo Art Walk: Speaking of rockin' neighborhoods and free 'n social walk-arounds, there's this eveningtime gem, an easygoing gathering that's rife with paintings, sounds, food trucks, and an over-sized wallet sculpture, an homage to the city's best-known song. This is the last art walk of the 2018 summer run, so if you're keen to discover a bunch of new artists, or at least appreciate a bunch you already love, and nosh along the way, best make for the nexus of Main and Grand on Thursday, Aug. 16.

Sizzling Summer Nights: Lately? The whole "sizzling" part of this beloved dance event's name has been true basically every night, or so it seems. It's been toasty, which only leaves one thing to do: Get outside, under the stars, and twirl to live Latin fusion tunes. The Autry can help us out with this desire, as it does each summertime. But alas: Thursday, Aug. 16 is the last one for 2018, so if you're going to move outside the museum, to nosh on delectables from the taco bar, to sip cool libations, and to see exhibits inside, do so, well, now. Or, rather, on Aug. 16, because this sweet tradition is dancing its final number for the year.

Vintage ‘Lost in Space' Outfits Lift Off at a Cosmic Auction 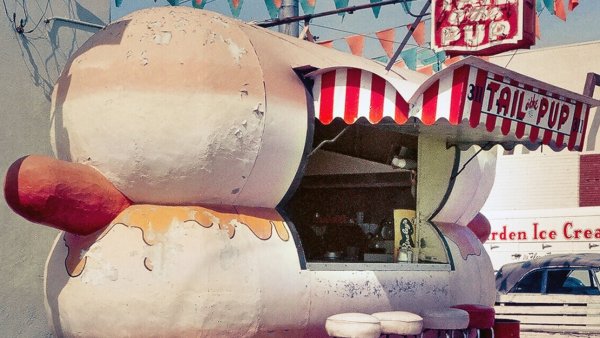 Happy 40th, "Grease": Picking a movie from both the "timeless" and "nostalgic" categories? It would have to be this song-packed dancefest from 1978, a flick that can take those who adore it back to both the late '70s, when it became all-out iconic in an instant, and the 1950s, when the film is set, simultaneously. Have a Pink Lady jacket? Can you style your hair like Sandy might or Roz? Then you'll want to be at The Wiltern for this four-decades-along celebration. A bonus? A dance party'll bobby-socks-up the theater lobby post-credits.