The indefinite burn ban goes into effect at 8 a.m. Monday and also requires that campfires are only lit in established campgrounds or on private property.

Fire officials said February was the driest month for the state since the 1850s and the warming temperatures and winds ahead will only continue to dry out annual grass crop.

"Winter and spring rains have lent to aggressive growth of grass and vegetation. Paired with unseasonably warmer days, the vegetation is beginning to quickly dry out and becoming a fire hazard. I urge all Riverside County residents to take advantage of hardening your homes to protect you and your property from an approaching wildfire," Cal Fire Riverside Chief Shawn Newman said. 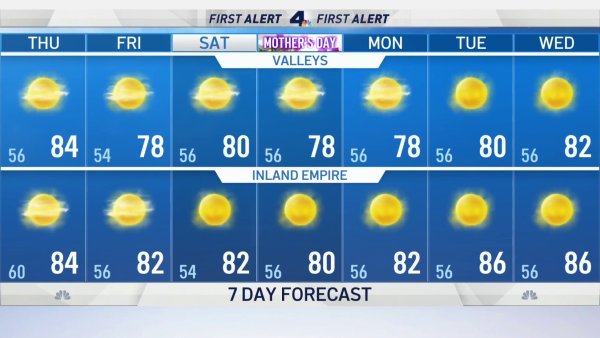 First Alert Weather: Cooling Trend Continues, Highs in the 80s in Some Areas 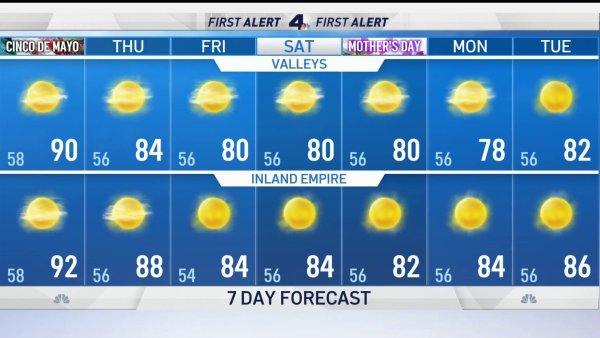 The indefinite burn ban goes into effect at 8 a.m. Monday and also requires that campfires are only lit in established campgrounds or on private property.

Cooking and warming fires will still be allowed, though a permit must be attained after an on-site inspection is conducted.

In addition, seven public areas deemed to be hazardous fire areas will close on Monday:

Fire officials said public roadway travel will still be permitted in these areas, though off-road travel will not be. Anyone found violating the closures will be subject to a $100 fine for a first-time offense.

Since the beginning of the year, Riverside County firefighters have responded to more than 1,700 wildfires, officials said.

"The last few years saw devastating reminders that the public cannot let their guard down. Together, we must continue to adapt and evolve to be able to withstand the intensity of these fires, keeping in mind that the only way to mitigate the damage they cause is through prevention and preparation," Cal
Fire Director Thom Porter said. "The potential is great for the dry, hot weather that fueled the massive fires over the last few days will return again this year, so it is up to the public to be ready."

Shanna Mendiola contributed to this report.