The long-anticipated arrest happened early Tuesday. The Councilman is accused in a widespread 'pay-to-play' scheme in which developers paid cash to get projects approved.

Los Angeles City Councilman Jose Huizar was arrested early Tuesday by FBI agents investigating a multi-year 'pay-to-play' corruption scheme inside City Hall in which several officials were accused of accepting cash and other perks from developers who sought approval for real estate projects.

Huizar's arrest was expected for months, after corruption related charges were leveled against a key former aid and a former city councilman.

He was detained by FBI agents at his home in Boyle Heights around 8:15 a.m., the sources said.

Huizar was identified by his position in city government, though not by name, in a series of criminal charges and documents filed by federal prosecutors in recent months that alleged Huizar was at the center of the alleged scheme.

Last month, a former aide to Huizar agreed to plead guilty to conspiracy charges, and said in court papers that he would admit to taking part in bribery, extortion, and mail and wire fraud.

The criminal filings involving aide George Esparza, who served as a "special assistant" to Huizar until 2017, also alleged that an individual identified as, "Councilmember A," accepted $215,000 in bribes and benefits in the form of casino gambling chips, trips on private jets, hotel rooms, spa services, meals, alcohol, and, "prostitution/escort services." 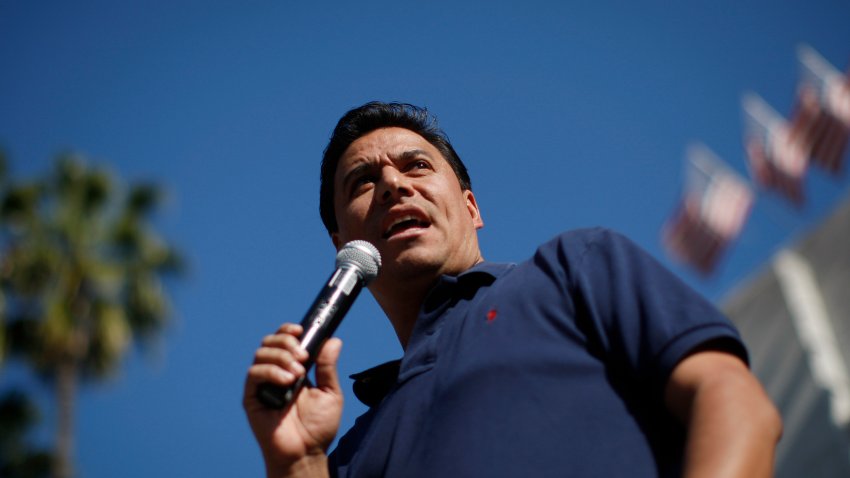 Councilmember A is separately described in the complaint as Esparza's boss, meaning Huizar, though the councilman's name was not printed in the filing.

"While today’s announcement on the arrest of Councilmember Huizar is not unexpected, the horrendous and disgusting allegations leveled against him and others have painted a dark cloud over our City government for a long time now," said Council President Nury Martinez. "Effective today, I will begin the process of removing him from office so that the good people of Council District 14 and the City of Los Angeles will be fairly and honorably represented. That is our duty and we must do it."

The case centers on bribes allegedly paid by developers and consultants to ensure certain construction projects were approved by the council and its powerful Planning and Land Use Management, or PLUM, committee.

FBI agents served search warrants at Huizar's home and offices in November 2018. Also in May, Council President Martinez sent a letter to Huizar directing him to stop attending council meetings amid the widening investigation.

"Councilmember Huizar has violated the trust of the people who elected him," Mayor Eric Garcetti said. "I have zero tolerance for this criminal behavior and corruption. He should be immediately removed from the City Council and replaced by his democratically-elected successor to ensure that the 14th Council District has the representation it deserves."

Esparza was the fourth person who's agreed to plead guilty in the corruption case.

Court documents filed by federal prosecutors said Englander, 49, was accused of obstructing an FBI investigation into whether he accepted cash, trips to Las Vegas and Palm Springs, and female escort services from a businessman who was attempting to get approval for a number of real estate projects.

The indictment alleges that Englander accepted items from a person identified as Businessperson A during June 2017 trips to Las Vegas and Palm Springs. Those gifts included an envelope with $10,000 in cash, services from a female escort, hotel rooms, $1,000 in casino chips, $34,000 in bottle service at a club and a $2,481 dinner, according to the indictment.

Englander told Businessperson A at least three times to provide false and misleading information and keep other details from federal prosecutors. In February 2018, the two allegedly met in Englander's car. He turned up the volume on the car's stereo and began driving around the block, repeatedly asking that Businessperson A lie to investigators, according to the indictment.

"Mitch is proud of the work he has done to serve his community as both a volunteer reserve police officer and a public official," Englander's lawyer Janet Levine said in a statement. "Despite this setback, with the support of his family and friends, he looks forward to continuing his lifelong contributions to the community that has given him so much."

Englander surprised colleagues and constituents when he resigned from his $210,000-a-year elected seat on the Council in December 2018 and went to work for a private consulting firm. By that time numerous City officials were aware the FBI had opened an investigation into the actions of at least two council members and other City Hall employees.