Sheila Kuehl has filed a court action to stop the LA County Sheriff’s Department from examining any of the material seized during a raid last week.

“It lacks any evidence, much less probable cause,” the motion said, and argued that the warrant is, “fatally defective and was obtained under highly suspicious circumstances.”

The LA County Sheriff’s Department said last week the search was conducted as part of an investigation into an alleged conspiracy between Kuehl and her longtime friend Patti Giggans, who runs the non-profit “Peace Over Violence” and was appointed by Kuehl to the Civilian Oversight Commission that monitors the Sheriff’s Department. 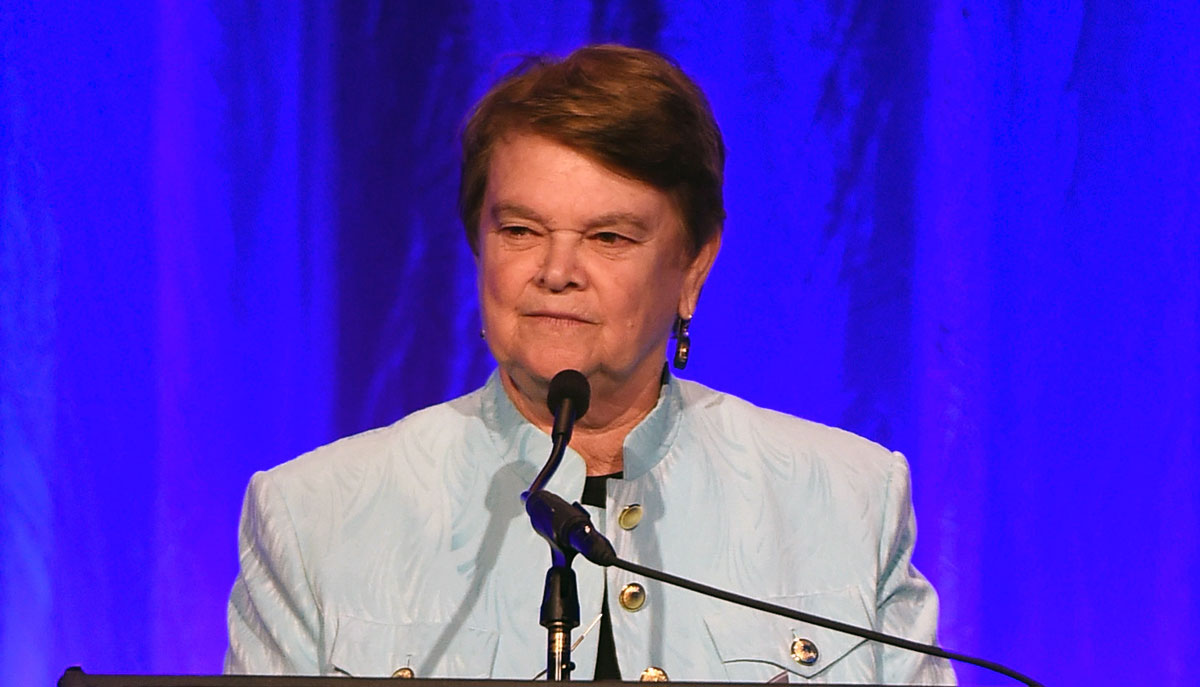 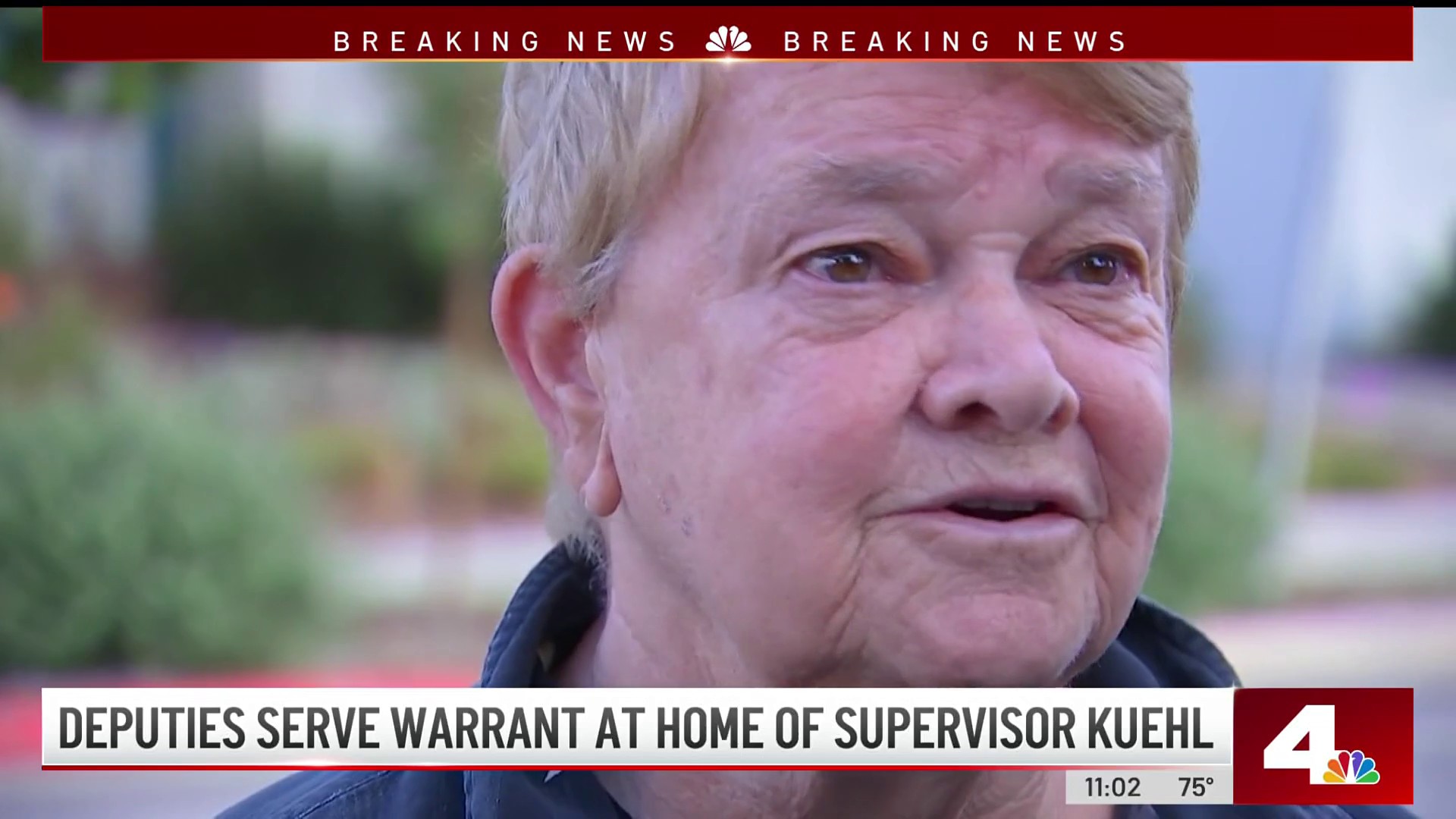 The Sheriff’s Department claims Kuehl steered a now-defunct MTA contract to Giggans, something the MTA approved independent of Kuehl and the Board of Supervisors, and it’s an accusation Kuehl and Giggans have repeatedly denied.

The Sheriff’s Department previously searched Kuehl, Giggans, and the MTA in 2021, allegedly, for the same investigative purpose. Last week’s search was conducted weeks after a different LA Superior Court judge was in the process of limiting what material seized more than a year ago - Sheriff’s investigators would be allowed to review.

“The affidavit in support of the search warrant is plainly insufficient, as any neutral magistrate who reviewed it should have immediately seen,” said Kuehl’s motion, filed late Monday by her attorneys Cheryl L. O’Connor and Roman E. Darmer.

“Simply put, this search warrant should be seen for what it is: a flagrant abuse of power and an offense to the rule of law,” the filing said.

The motion, filed along with an affidavit from Kuehl, said that many of the computers and electronic storage devices seized last week contain LA County business and attorney-client privilege material yet no provision was made to appoint a special master in order to protect those items from the search.

“The execution of the search warrant was similarly lawless and unrestrained,” the motion argued.

“Sheriff’s deputies seized material far outside the scope of the warrant, including recordings of the television series Supervisor Kuehl starred in as an actor in the 1960s, and material related to a UCLA camp where she was once a student counselor.”

Kuehl’s is the second challenge aimed at stopping the search warrant served September 14 at her home and office, following an initial “motion to quash” filed by an attorney representing the Metropolitan Transportation Authority’s Office of Inspector General, another of the search targets.

LA Superior Court Judge William Ryan ordered the Sheriff’s Department last Thursday to cease its examination of two computers taken from the MTA OIG’s office and return them, and scheduled a hearing for Thursday with a list of questions he expects LASD to answer.

Among them, why the Sheriff’s Department went to a new judge for last week’s warrant, after a different judge authorized the LASD to search the same locations, under the guise of the same investigation, in March, 2021.

Also, at the time the new searches were conducted last week, another judge, Eleanor Hunter, had already ordered that a special master be appointed in order to separate any attorney-client privilege material contained in the material LASD deputies took from the MTA OIG’s office during the search in 2021.

“Why, after Judge Hunter was going to require a Special Master, did the Sheriff immediately seek a warrant from a different judge, and who made that decision,” Judge Ryan wrote in the Thursday order requiring answers from LASD.

Judge Ryan also directed lawyers to be ready to answer questions about who, exactly, at LASD wrote and swore-to the affidavit claiming there was probable cause for the search warrant, why and by whom the new judge, Craig Richman, was selected by LASD, and why the warrant application made no mention of the 2021 search warrant or the ongoing litigation about access to MTA OIG material.

Last Friday the LA County Sheriff’s Department’s public affairs office issued a statement that the County of Los Angeles had terminated its legal representation of the Sheriff’s Department on matters arising from the search warrants, and a Sheriff’s spokesperson wrote that it was retaliatory.

“This is exactly the type of obstruction, interference, and political shenanigans which Sheriff Alex Villanueva fights against daily,” the statement said, and added that the Sheriff’s Department now had no ability to retain legal representation for next week’s hearing.

The County Counsel’s Office, which typically represents all County departments and agencies in legal matters, declined to discuss the Sheriff’s Department statement.

“We have no comment on this matter other than to note that County Counsel is monitoring this case closely and will take actions as appropriate to ensure a lawful response,” the office said.