The Story Behind Our Story: LA's Nuclear Secret

To learn more about how this series came to fruition, we asked the producer of the series to share his journey from the first tip to the completion of the stories

Our investigative series, LA's Nuclear Secret, was a year in the making. One year to the night that the first part of our series aired on NBC4, the I-Team was asked to investigate why a group of children and parents in Calabasas had come down with rare illnesses including brain tumors and cancers.

We wanted to find out why.

In September 2014, we reached out to the former UCLA lecturer who is now an instructor at UC Santa Cruz who helped NBC4 with a series of stories in 1979 exposing a nuclear accident at the Santa Susana Field Lab. At the time, it was believed that while there was an accident at the Lab's largest nuclear reactor, no release of radioactive material occurred. That's what the U.S. government said, and that's what we reported.

We would eventually learn in the reporting of LA's Nuclear Secret that wasn't true.

We learned that a growing number of people in the San Fernando and Simi valleys believed that the work done at the Santa Susana Field Lab resulted in on- and off-site chemical and radioactive contamination that may have made them or their family members sick.

A 1979 manifest for the Calabasas landfill documented the disposal of waste materials by Rocketdyne, which ran the Santa Susana Field Lab at the time. While it was impossible to know exactly what they dumped, a letter from a former Secretary of the U.S. Department of Energy to U.S. Sen. Barbara Boxer discusses the possibility that radioactively contaminated waste was disposed of in the Calabasas Landfill. Reviewing old news clippings and government reports revealed that some people suspected the radioactive material came from the Santa Susana Field Laboratory.

At that point, the I-Team began an intensive review of the history of the Lab, including its nuclear accidents, rocket tests and the possibility that radioactive and chemical contamination existed on- and off-site. The more questions we asked, the more the answers led to the top of the hill at the Santa Susana Field Lab. 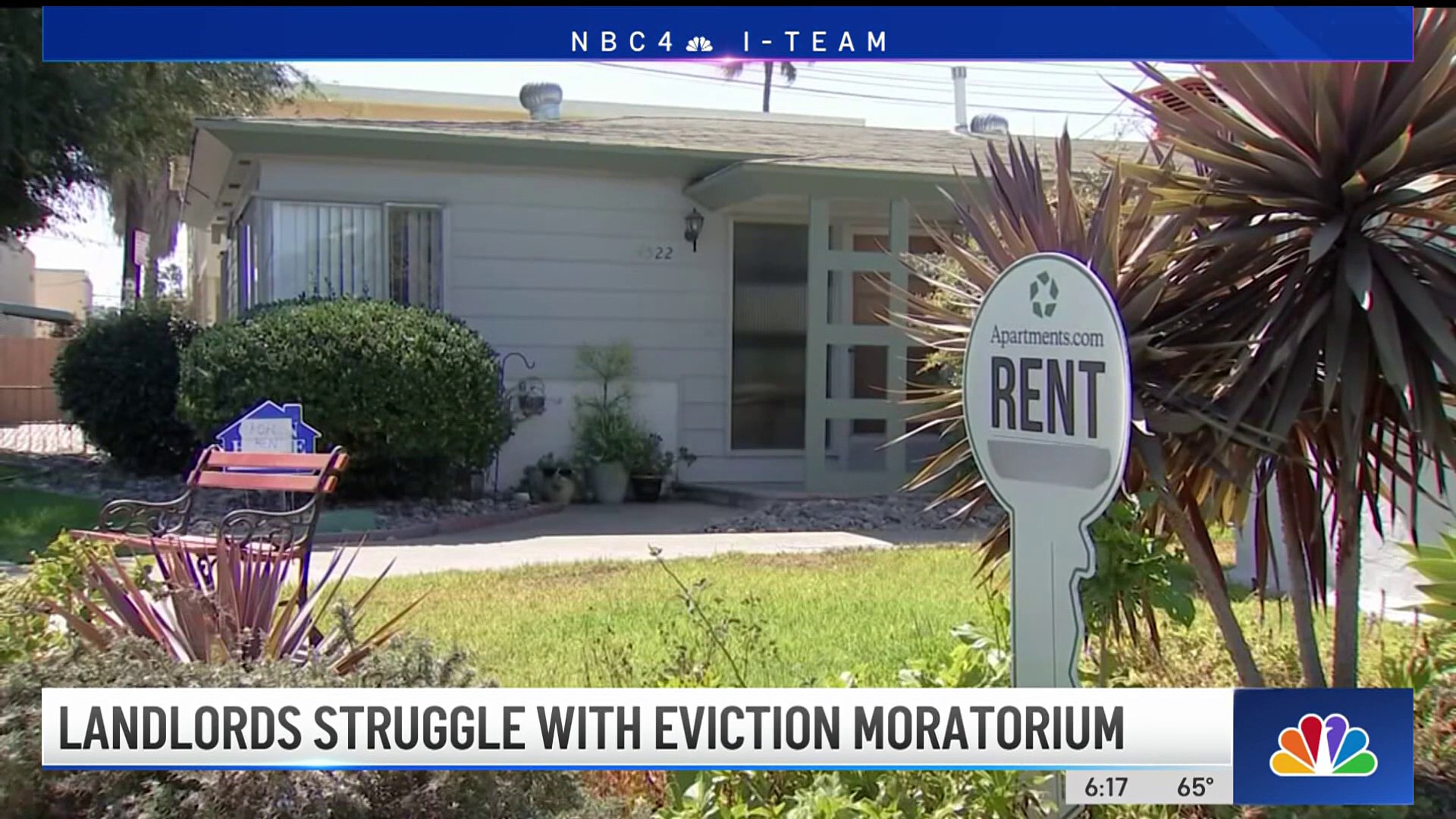 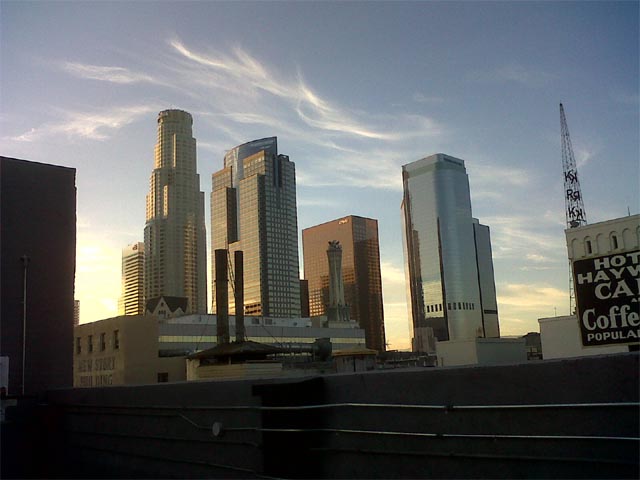 As timing would have it, a meeting of the Santa Susana Field Lab Working Group was scheduled for the following week in Simi Valley. Established by the EPA at the request of former Congressman Elton Gallegly (R-Simi Valley), for more than 25 years the Working Group has been holding events to educate the community about the history and health concerns of the Santa Susana Field Lab. Made up of academics and scientific experts, community members, elected officials and their staff, government agencies,and even former SSFL workers, the Working Group has been advocating for a full clean-up of the site.

When we attended the Working Group meeting in October 2014, we were introduced to a man named John Pace. Pace was a former Atomics International employee who was there in 1959 during the partial nuclear meltdown. He was there to share his experience with the audience. After listening to his story, I realized that our 1979 reporting of the meltdown had only told part of the story. The actual accident was far worse than anyone previously knew and Pace was likely the last surviving witness to that history.

While we interviewed him briefly that night, we still had a lot of questions. This was clearly a much bigger story here and it would require all of the resources of NBC4 News. The next morning, the NBC4 I-Team made a commitment to put together a definitive history of the 1959 Santa Susana meltdown and its effect on the community. That would be the beginning of yearlong investigation that led to the two-part series, LA's Nuclear Secret.

Although we met John Pace in Simi Valley, he lived out of state. After speaking with him by phone for a few weeks, he agreed to come back to Los Angeles for his first comprehensive television interview. We decided to bring him back to the area where he had worked so many years before. At a park overlooking Area IV, we sat down with Pace for a three-and-half-hour interview. It was a very hot day and our crew worked tirelessly under the scorching sun to set-up the three cameras, lights and audio equipment required for the interview. It was quite moving to see Pace react to being back in the Santa Susana Hills for the first time in decades. In some ways, he said, it seemed like yesterday. What really stood out was Pace's recollection of what happened in 1959. Although it was decades ago, he remembered so many of the details from those fateful months at the reactor. He seemed relieved to be sharing his story; almost liberated to finally have it out there.

After we conducted Pace's interview, it was time to take a deeper dive into the more than 15,000 pages of documents we had obtained. The Santa Susana Field Lab was founded in 1947 and a considerable amount of paper has been generated since then. But what was most surprising was the material that was noticeably missing. Company and government reports and logs about the activities in the 50s and 60s couldn't be located. We were told that many of the records had been lost or destroyed. But we were persistent. Through the Freedom of Information Act, we obtained government records. We met in-person with members of the community, academics, nonprofit leaders and public officials who shared their collections of documents with us. We scoured websites, libraries and archives for any information about the history of the Field Lab. Once we started looking for a paper trial, it never stopped. For months, we kept finding new clues and new pieces of evidence that supported what John Pace had told us during his interview.

It was like unraveling an onion. Every piece we found led to another clue.

One of our Freedom of Information Act requests resulted in us obtaining EPA and Department of Energy interviews with some SSFL's former workers. While the names and personal information was redacted, we obtained a great deal of information about the site's history and environmental problems for these reports. One of the interviews was with a gentleman whose job was to monitor radiation at the Lab. He spoke extensively about witnessing the release of radioactive material into the environment and on-site contamination. Although his name and personal information were redacted, the I-Team was able to find him based on the information he included in his interview.

His name is Dan Parks. He worked at the Field Lab in the early 1960s. We brought him to the same place where we interviewed John Pace. For several hours, he told us about his experience at SSFL and shared his concerns about the release of radioactive and chemical contamination into the community. What he witnessed there had been troubling him for years. Both Pace and Parks were proud of the scientific work accomplished at the Field Lab but couldn't get over their concerns about how that work may have impacted neighboring communities. That was a theme they touched on repeatedly. So talking to the community was clearly our next big step in the reporting of the story.

During the course of our investigation, we had met dozens of people who live or lived near the site and had shared with us their concerns about the contamination. Many of these people believed that  radiation and chemicals from SSFL had harmed them or their loved ones. We wanted to hear from as many of these folks as possible so we set-up a large community interview. Over the course of a day, we sat in the living room of someone who lived just down the street from the Lab and listened to the concerns, thoughts and questions of about 30 community members. While their stories were unique, the theme was the same. Each one of them believes that the radioactive and chemical contamination from SSFL has harmed them or their family. While they acknowledge that it's impossible to prove a cause for their illnesses, they want the responsible parties to give them the full story of what happened over the decades at the site.

In the following months, we flew and drove around the country interviewing people for our series. We flew to Michigan to interview a professor who did one of the few studies that looked at the potential health impact of the activities at the Field Lab. We met with public officials to learn more about the cleanup efforts and who would be held accountable for getting it done. We interviewed physicians, academics and elected representatives about the history of the site, the possibility of off-site contamination, potential health impacts from the Lab and the status of the clean-up.

We also wanted to get answers from those directly responsible for the activities at SSFL. For months, we asked the U.S. Department of Energy for an on-camera interview. Their predecessor agency, the Atomic Energy Commission oversaw the nuclear operations in Area IV of the Field Lab. They repeatedly told us they would check the schedules of their team on the Lab but they would never commit to a date for an interview. Finally, they informed us that no one was available for an on-camera interview. Instead, they provided a brief statement about their commitment to the clean-up. But we would not have a chance to ask them anything about the 1959 partial meltdown or the concerns brought up by John Pace and Dan Parks.

The research and interviews took months. The writing and editing took weeks. The day the first part of the series ran, it would mark a year since we first began our reporting on the Santa Susana Field Lab.

From the beginning, we knew that this series would require a tremendous amount of time and resources. We also knew that the NBC4 management team would understand the importance of continuing the KNBC legacy of covering the events at Santa Susana Field Lab. While most investigative stories are a few minutes long, our management team gave us the time we needed to tell these important stories. They gave us the resources, both financial and time, that we needed to go interview our experts, insiders, whistleblowers and community members. Sometimes we had to travel across the country to meet with them. Sometimes we had to fly people in so we could interview them in our studio or near the site. We went where we needed to get the story. We did what we needed to do. In a time when many news outlets are cutting staff, slashing budgets and eliminating their investigative reporting, KNBC's total commitment to this story is a testament to a mission of producing investigative journalism that matters.