The lawsuit alleges police commanders pushed for more gang contacts and arrests at the time a group of officers is suspected of falsifying reports about innocent people.

An LAPD officer who says she was removed from the department’s Metropolitan Division has sued, claiming she was unjustly transferred and effectively demoted as a result of the investigation into false gang reports that had been submitted by other Metro officers.

Samantha Fiedler says she was ordered to stay home in January, when she alleges she and at least 4 other Metro C platoon officers were relieved of duty without explanation.

It happened around the time NBC4 first revealed that more than a dozen officers were under criminal investigation, suspected of labelling innocent drivers and pedestrians as gang members in law enforcement files.

Three officers have been charged with making false reports and the LA County District Attorney’s Office is considering criminal charges against at least 16 additional officers as a result of a lengthy internal affairs investigation. 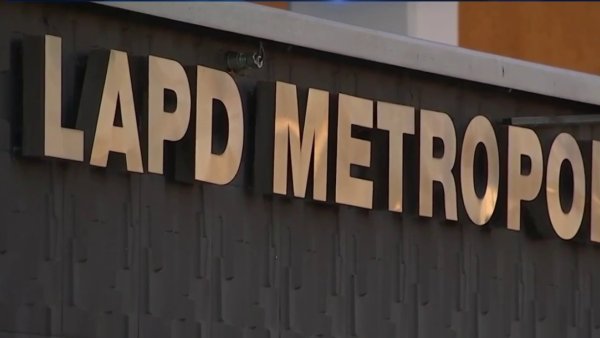 Fiedler’s complaint claims that those false reports, documented on ‘field interview cards’ turned-in by officers each day, were likely a side-effect of pressure from LAPD commanders on Metro officers to report more contacts with gang members.

“It was all about their numbers of arrests and FI cards. Minimums had to be met,” Fiedler says in the complaint.

“At Metro, if an officer went more than a day or two without producing a gang or gun arrest, Command Staff would make it clear that "production” needed to increase.  “Production” was,  is, and always has been, LAPD Speak for more numbers on your Recap, which means more arrests and FI Cards,” according to her lawsuit.

Fiedler’s attorney, Matthew McNicholas, did not immediately return a call for comment.

“Due to the pending litigation we are unable to Comment at this time,” said LAPD Capt. Stacy Spell.

The I-Team reported in January that according to multiple law enforcement sources, Metro officers were being pressured by supervisors to produce daily reports with as many gang contacts and gun arrests as possible, and that productivity was tracked with statistics on the number of arrests, number of illegal firearms seized, and other metrics, like the number of gang members questioned.

The three officers charged, Braxton Shaw, Michael Coblentz, and Nicolas Martinez, were accused in a 59-count felony complaint of conspiring to file false reports and of manufacturing false evidence for court. They were ordered to make an initial appearance in court in October.

In July the California Department of Justice revoked access to the LAPD's entries in the state's Cal-Gangs database of gang information, following an audit that found some of the LAPD entries were inaccurate.

Those entries may have resulted in the names of innocent drivers and pedestrians stopped by officers being labeled as gang members in the database. The California Department of Justice said LAPD entries made up approximately 25-percent of the 78,000 current profiles in the Cal-Gangs system.

"CalGang is only as good as the data that is put into it,” Attorney General Xavier Becerra said in a prepared statement. “If a quarter of the program’s data is suspect, then the utility of the entire system rightly comes under the microscope."

The LAPD's audit of a sample of its officers' entries also found problems with the data. While a public report said most of the reviewed entries were accurate, a small percentage appeared to have been fabricated, and other entries made assertions about individuals questioned that could not be verified with body worn video recordings or other evidence.

Fiedler's lawsuit says that she has been ordered to stay home for months without a clear explanation of why she’s been removed from duty, and as a result, lost a special hazardous materials assignment.

She says she believes her removal, and similar actions against other officers, were deliberate and targeted actions by LAPD commanders, “...to squash any revelation of the Department’s potentially illegal policies.”