After hearing about the increase in attacks on Asian-Americans, Jessica Sanchez felt compelled to do something in the best way she knows how -- by using her voice

Chula Vista native and "American Idol" alumna Jessica Sanchez is using her powerful voice to call attention to an increase in hate crimes against the Asian American population -- in the form of a song.

The 25-year-old singer, who performed on "American Idol"'s 11th season, worked with a producer to write and compose "Us," a song that she hopes can unite people together against acts of violence against Asian Americans. She's already got the attention of some big names, like entrepreneur Mark Cuban, singer Ne-Yo, YouTube celebrity Patrick Starrr and others.

They're all featured together in a music video for the song, which is scheduled to debut worldwide on Friday, May 7.

"People are actually taking a moment to kind of acknowledge what is going on and using their voice as well to spread awareness," Sanchez said. "So it makes me really, really happy."

According to new research released by the Center for the Study of Hate & Extremism at California State University, San Bernardino, attacks against Asian Americans has surged by 169% in the first quarter of 2021 when compared to the previous year across 15 major cities.

After hearing about the increase in attacks on Asian-Americans, particularly in major cities like New York and San Francisco amid the pandemic, Sanchez felt compelled to do something in the best way she knows how. 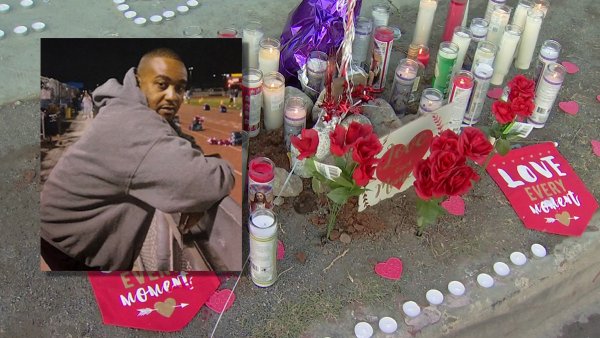 "People will say, you know, 'It's just a song like what is it wasn't going to do,'" Sanchez said. "I'm all about spreading positivity. but I'm a very quiet person at the same time, I'm not very good at talking. The way that I express myself is through my music."

The song asks questions of the listener that provoke them to think about humanity.

"Can we believe in justice today? Would we still be the same if all of us could see that there’s no one to blame? If all of us realize our hearts beat the same?" she sings.

"It's super important to remind each other that, like, we have to find a solution and the solution is to bring each other together, and to unite and to support each other no matter what color, what age, what gender," Sanchez said. We all have to come together and love each other and support one another, especially when people are being pushed down."

In the wake of the Atlanta-area shootings that killed six Asian women last week, many Asian Americans across the country are coming to terms with the covert, and sometimes overt, racism they've experienced over a lifetime. NBCLX contributor Michelle Park spoke to fellow Asian Americans about the pain they’ve experienced over the past year — and why staying silent is no longer an option.

Sanchez said that she has experienced some forms of racism in the music industry but did not want to compare it to what others have experienced.

But her goal is to use her voice to speak up for others that don't have a platform like hers.

Sanchez took a break from music during the pandemic, but writing "Us" has reignited her creativity and she's now working on a new album, which, she says, will better express who she is as a 25-year-old woman -- a long road away from the 16-year-old who first captured America's heart on American Idol nearly a decade ago. Sanchez was runner-up to winner Phillip Phillips. Her debut album was released the following year.

She hopes her fans will resonate with the album when it is released, too. But, for now, she's proud to be able to create something with a larger goal.

"I'm super happy that my first song I'm able to release is something bigger than who I am."