Neighbors gathered in San Ysidro to remember the victims of the McDonald's massacre, 37 years later. Twenty-one people were shot and killed on July 18, 1984. At the time, it was the largest mass shooting in U.S. history. Southwestern College's Higher Education Center now sits where the McDonalds was.

“Like they say in the movie Coco, as long as people remember them, they’re still alive,” said Gloria Salas, a San Ysidro resident who helped turn the shooting site into a memorial to the victims.

Salas remembers being saddened 37 years ago when she learned the restaurant was planning to reopen after the shooting. She knew one of the boys who died, 11-year-old Daniel Flores. Daniel was riding his bike to McDonalds to get an ice cream cone.

Salas led a protest and petition drive, to turn the site into a memorial. She convinced the late Joan Kroc, who inherited the McDonald’s fortune, to donate the land.

Sheriff to Announce What Killed California Family on Hike 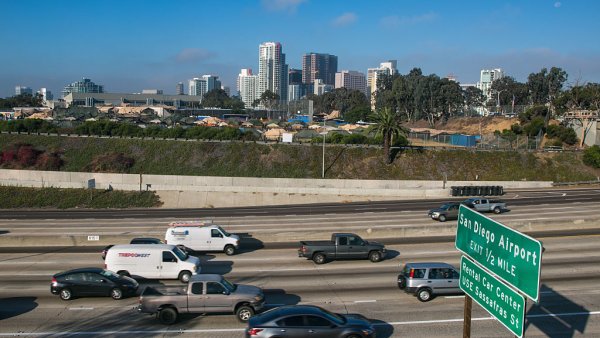 “She came in person to tell us she was going to give us the property. This was for the community of San Ysidro,” said Salas.

Thirty-seven years later Adriana Wright is honoring the memory of multiple loved ones she lost, including her sister Jackie Wright, and her nephew Carlos Reyes.

“She was three months pregnant she was only 17. My nephew was 8 or 9 months,” said Wright.

Wright says she heard the gunshot that killed her nephew.

“You can never forget something like that. Every time there is a shooting you just relive everything all over,” said Wright.

People like Wright and Salas are hoping their tragedy brings hope to others. Wright herself has taken courses at the Higher Education Center that now sits on the shooting site.

“I came here. It was a good thing because it wasn’t good for them to try and reopen. It was too painful,” said Wright.

“We’ve had hundreds and hundreds of young people graduate from this school. We turned tragedy into a success. That is beautiful,” said Salas.

The McDonald's shooting happened before many Southwestern College students were born but Salas hopes the lives of the victims will forever be part of the neighborhood's history.