Firefighters are working to defend a piece of Southern California history in the mountains northeast of Los Angeles.

The historic Mount Wilson Observatory is now shrouded in dense smoke from a wildfire that has burned for more than a week in the San Gabriel Mountains. During the first half of the 20th Century, the Observatory and the famous scientists who conducted research there helped revolutionize the field of astronomy and gave us a better understanding of our place in the universe.

Historic Mount Wilson Observatory is in the line of fire. Hetty Chang reported on NBC4 News at 11 p.m. on Tuesday, Sept. 15, 2020.

Smoke could be seen Tuesday morning drifting over the Observatory, which was already closed due to the coronavirus pandemic. Staff members were evacuated as the Bobcat Fire reached 41,700 acres below the peak, which is also home to an array of broadcast towers.

"The #BOBCATFIRE is knocking on our door," according to a tweet Tuesday from the Observatory's account. "Fire officials predicted that the fire would approach Mt. Wilson from Echo Rock. It looks like they are correct."

Backfires were set to rid the area of dry vegetation, providing a defensible space for firefighters to protect the peak. Fire engines were in place near the observatory, the U.S. Forest Service said.

As of Tuesday afternoon, the Bobcat Fire was within 500 ft. of the Mt. Wilson Observatory. But as night fell, efforts to build a defensible space were paying off.

"While there is still much work to be one in the southwest and the northern sections of the fire, your firefighters did incredible work around Mt. Wilson today," the U.S. Forest Service tweeted Tuesday night.

The Observatory offers views of several live cameras showing the view from the peak overlooking the San Gabriel Valley. Angeles National Forest was closed due to extremely dangerous fire conditions over the last two weeks in Southern California.

The Mount Wilson Observatory, which also was threatened by the September 2009 Station Fire, was founded in 1904 by George Ellery Hale and soon became the world's forecast astronomical research center.

Hale brought a solar telescope from an observatory in Wisconsin to sunnier Southern California. In 1919, it became home to the world’s largest telescope, used to photograph stars and allowing researchers, including famed astronomer Edwin Hubble, to better understand our origins, the Big Bang and other mysteries of space.

The fire has scorched 38,299 acres and containment of the blaze fell to 3%. It had risen to 6% Thursday, then remained unchanged until Monday night.

Light winds are in the forecast for Tuesday, which allows the smoke to settle over most of Southern California. That pattern stays in effect through Thursday before a strong onshore flow develops Friday that will push out some of the smoke.

No homes have been damaged, but several neighborhoods remain under evacuation. Residents of Monrovia, Bradbury, Altadena, Duarte, Pasadena and other San Gabriel Valley areas were advised to be ready to evacuate if flames spread their way. 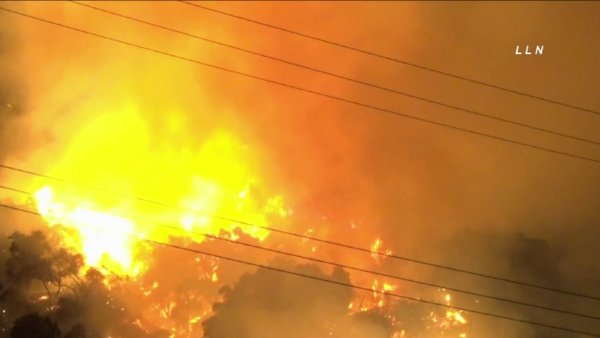 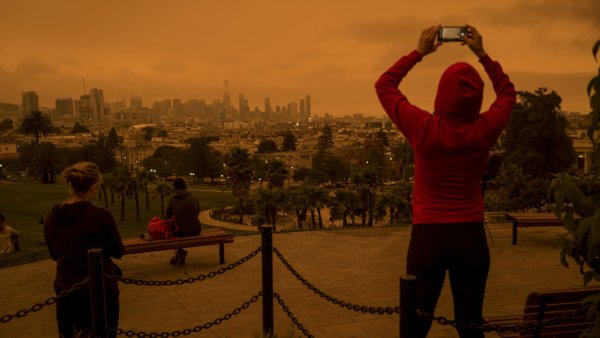