A dip in conservation was expected after the statewide mandate was eased, and conservation overall remained high, said Felicia Marcus, water board chairwoman. 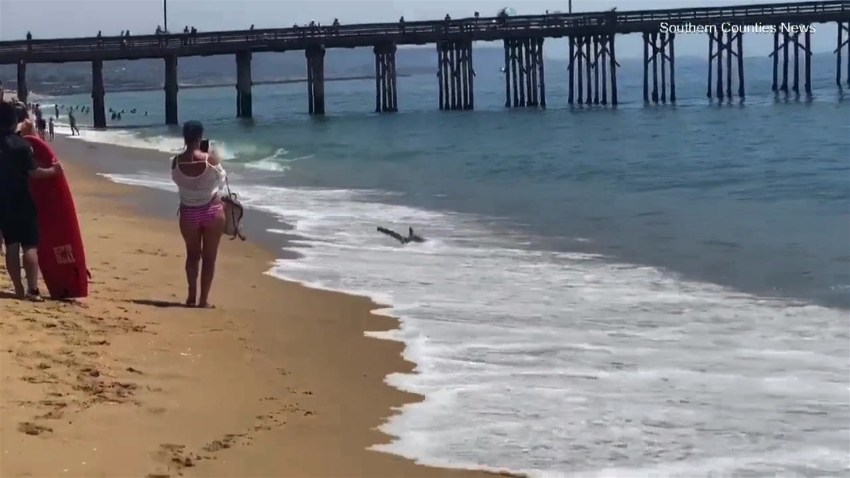 "The community spirit of realizing that water is something to treat with respect and not take for granted is holding," Marcus said. "Most importantly is for people to keep the lawn on a water diet."

The state has cumulatively conserved 24 percent of water over the last 13 months, close to the 25 percent target, water board officials said. That amounts to 571 billion gallons of water saved, enough to provide 8.8 million people with water for a year, said Max Gomberg, of the water board's Office of Research, Planning and Performance.

Water districts throughout the state pushed regulators to drop mandated conservation that had required cutbacks up to 25 percent compared with 2013. That was the year before Gov. Jerry Brown declared a drought emergency.

Districts argued that the blanket mandate didn't give many of them credit for investing millions of dollars in water recycling and desalination plants or other means of making them drought-proof.

Since June, districts that show they have enough water to get through another three years of drought may relax conservation _ or completely escape strict conservation orders.

In many communities, there is no need to live under emergency conditions, said Tim Quinn, executive director of Association of California Water Agencies, the nation's largest coalition of public water agencies.

"If you are a resident of California getting water from responsible water agencies ... you don't have to put a bucket in your shower," he said. "You can flush when you need to."

Garden Grove in Southern California has ample water supplies, said William Murray, the city's public works director. It draws water from an underground aquifer that is refilled with treated waste-water.

The city, however, won't lift its strict bans on washing cars without a turnoff nozzle and running sprinklers more than twice a week until officials in Sacramento approve its drought plan. That could come by the end of August.

The city's 186,000 residents look forward to turning on the sprinklers often enough to have grassy, green parks again for playing soccer and relaxing, he said.

"In some parks it looks like residents are playing in a dust bowl," Murray said. "We'd like to get our health parks back for our residents."