Positivity rates are determined from polymerase chain reaction, or PCR, tests, which involve a health professional using a swab of the nasal cavity and are considered the most trustworthy when determining if a patient is infected.

Coronavirus infections in Orange County were found to be seven times higher than previously thought, according to the results of a UC Irvine study released Wednesday.

County officials hired UCI to do a serological study of a large cross-section of residents to check antibodies for COVID-19 to get a better handle on how prevalent the highly infectious disease has been in the community, according to Orange County CEO Frank Kim.

The study showed that "the disease prevalence is about seven times greater than previously identified by positive tests," Kim said. It also showed that coronavirus infections were also "greater in Latino and lower-income residents, which we knew because they had a higher positivity rate," he said.

Reasons for higher infection rates in Latino neighborhoods include "higher density housing" and "less access to quality health care," Kim said. Another obstacle is fear among some Latinos of participating in any government-run programs for fear of deportation, he said.

The reluctance to get tested can help fuel the spread of the virus, particularly among those who do not show any symptoms, Kim said.

"Some don't want to submit to government testing, so if you don't test you might transmit it to a family member," he said. 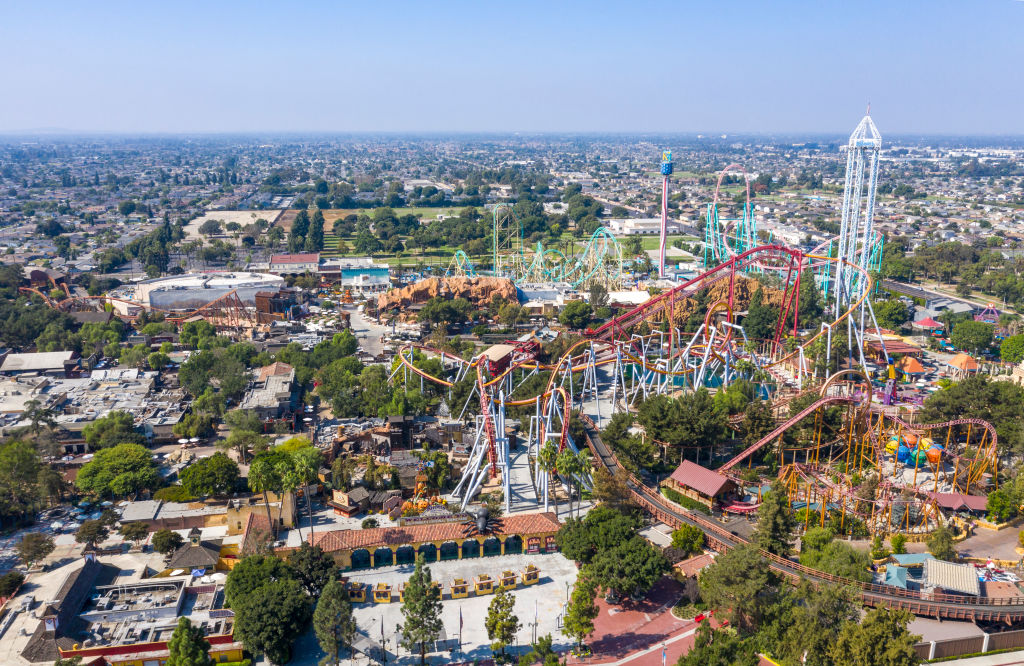 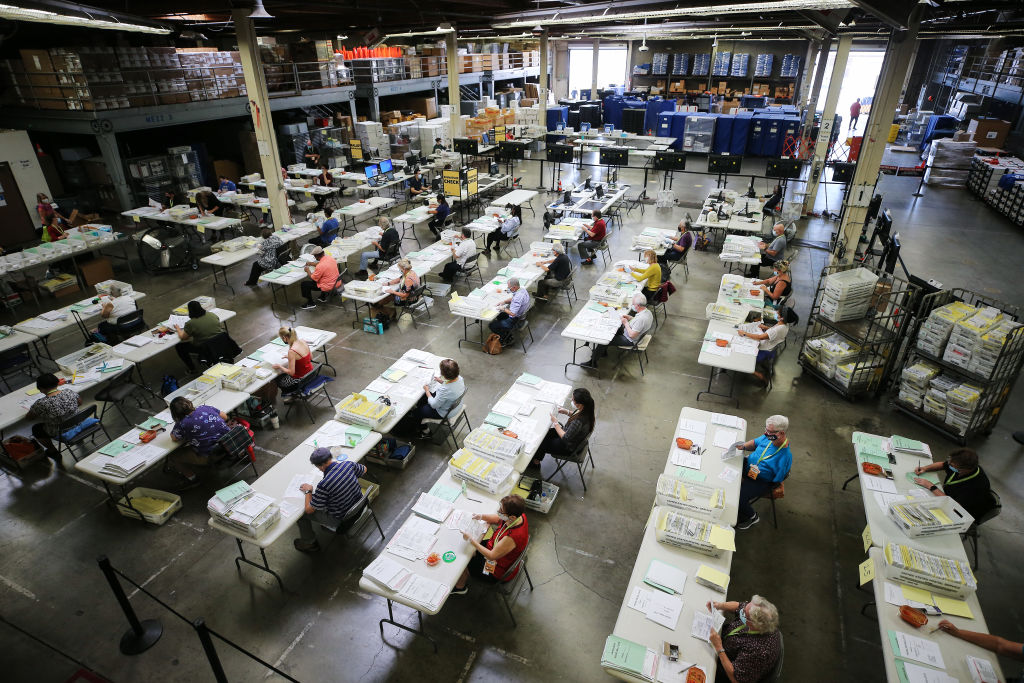 Kim said officials in surrounding counties, especially in migrant communities, say it is a thorny problem.

"My peers are telling me it is a disaster because they won't come out to test even though it's free," Kim said of many migrant workers. "Some people in our community are fearful of anything involving an official branch of government. We found that out with the census, as well."

Positivity rates are determined from polymerase chain reaction, or PCR, tests, which involve a health professional using a swab of the nasal cavity and are considered the most trustworthy when determining if a patient is infected.

The accuracy of serological, or blood tests, to determine if a person has developed antibodies to COVID-19 is considered less accurate.

UCI researchers sought to improve on the accuracy of blood tests by recruiting "subjects outside of a clinical setting" and by using "strategies to minimize bias of recruiting mostly symptomatic cases."

The scientists also applied a technology they say has "superior sensitivity and specificity relative to what were currently available FDA-approved tests used by others" who have conducted similar serological studies, according to UCI.

The researchers also "recruited a sufficiently large sample of adults to calculate seroprevalence by race/ethnicity, age and gender, which may uncover important differences across these groups," according to UCI, and used a questionnaire "without initially disclosing an offer for an antibody test."

The study focused on adults in the county and reflected the demographics of the region. The 4,555 participants were tested at drive-thru sites from July 10 through Aug. 16. Of the subjects who participated, 65.4% showed up to provide a blood sample.

The study showed that 11.5% had antibodies for COVID-19, much higher than previous estimates of less than 2%.

Among Latinos, the rates were as high as 17% and 15% for lower-income residents.

"The reason the county and HCA (Orange County Health Care agency) engaged UCI to conduct the widespread antibody testing is to learn exactly what we learned today, which is how prevalent COVID infection has been in our county, but we didn't want to wait until these results before we took action," Supervisor Andrew Do said. "Therefore, Supervisor (Doug) Chaffee and I, as part of the (board's) testing ad hoc committee, proposed the Latino Health Equity Initiative and, subsequently, the Asian Pacific Islander Testing Program to address the hot spots that we had already seen in those communities."

Supervisor Lisa Bartlett said the study "allows us to focus on those areas" that need extra attention.

Bartlett pointed out that the high-density housing in Latino neighborhoods are often multi-generational, as well, so there is a greater risk of exposing older, more vulnerable adults to the virus.

The county "started the Latino Health Equity Initiative well before" the governor introduced a metric for counties to meet with lower-income communities, Bartlett said.

From July through this month, the county has seen a 74% reduction of COVID-19 infections in the county's hot spots, Bartlett said.

"It's a matter of getting the word out there to get tested if you have symptoms and not be afraid," she said. "We have free testing throughout the community. That's how we're going to eventually overcome COVID-19 -- by making sure people get tested when they need to get tested and we do contact tracing and people get quarantined."

Dr. Matthew Zahn, medical director of the HCA's communicable disease control division, told reporters in a conference call that the 11.5% rate was not "tremendously surprising."

He added, "By the time this study was being performed in July and August, we really had a significant surge going on at that period of time around the country and multiple studies have estimated that the number of cases you identify that are diagnosed you may have up to 10 times more in the community who are actually infected."

Zahn said it would be helpful to do another similar study because they provide a "snapshot" that is helpful in determining the rate of spread of the virus.

"It does make sense to consider the possibility down the line of a repeat serologic survey to see how the virus is progressing in our community," Zahn said.

"It's really helpful to have a picture of our community," Zahn added. "This illustrates two really important points to me, because we know asymptomatic or really mild infection can happen and the spread of that…(but) simple contact tracing itself isn't enough to contain this virus."

Zahn also noted that the 11.5% number falls far short of the 70% needed to achieve herd immunity.

"We're not anywhere near the point of herd immunity at this point," Zahn said.

Zahn characterized the 11.5% figure as "simultaneously a very large and very small number," because it represents hundreds of thousands of people infected, but it also shows how many more people have yet to be afflicted.

"It testifies to the fact that if we don't continue to adhere to social distancing or mask measures to keep ourselves safe, there's a large amount of our population that has not been infected with this virus," Zahn said.

Bernadette Boden-Albala, director of UCI's Program in Public Health, added, "We have this whole range of asymptomatic and mildly symptomatic (people who) didn't get picked up because people don't think they were sick or transmitting the disease."

"This information primarily reinforces measures we knew were appropriate," Zahn said of efforts by the county to focus on hot spots in Santa Ana and Anaheim.

Tim Bruckner, a co-principal investigator on the survey and associate professor of public health, said the study also shows that comparing COVID-19 to the flu is misleading.

"There was this narrative that the infection and fatality risk of COVID, if we counted all the individuals, wouldn't be that much different from the seasonal flu, and from this study we know that is not the case," Bruckner said. "That seasonal flu comparison is not appropriate."

Bruckner said the "large fraction of transmission" that occurs from people who don't know they're infected is an important distinction from the flu.

He added, "The positivity rates of those who adhere to the (social distancing) guidelines or were asymptomatic was substantial… The majority of individuals who tested positive in the study were asymptomatic."

Bruckner declined to put a percentage on the number, but he said more than half of those infected did not experience any symptoms.