California is closing in on 2 million confirmed cases of COVID-19, pushing hospitals to the breaking point.

‘Growing Pains’ actor Kirk Cameron hosted another caroling protest Tuesday night in a shopping center parking lot as hospitals and public health officials continue to plead with Californians to avoid large gatherings during what has been the worst stage of the coronavirus pandemic.

Aerial video from NewsChopper4 showed a group of mostly maskless people at the candlelight event Tuesday night outside The Oaks Mall in Thousand Oaks. Cameron, 50, attended the event and told NBC News that all attendees were encouraged to wear masks.

Cameron has organized Christmas caroling events to protest California’s public health order, which urges people to stay home and avoid large gatherings.  Californians were asked to avoid gathering with people outside their own households with few exceptions as the state faces an unprecedented surge in virus cases.

The Oaks released a statement, calling the gathering irresponsible.

"In regards to the peaceful protest planned for The Oaks this evening, we do not condone this irresponsible — yet constitutionally protected — event. We share your concern and have notified the Sheriff’s office," the mall said in a Facebook statement on Tuesday.

NBC News reached out to the Ventura Count Sheriff's Department, but has not received a response Wednesday.

Cameron, best know for his role on TV's 'Growing Pains,' has said he plans to continue the protests.

"We are going to be celebrating our God-given liberties, our constitutionally protected rights at this time at Christmas to sing Christmas songs to gather, to assemble, and to sing about the birth of our savior," Cameron said in an Instagram post prior to the event.

Ventura County is in California’s Southern California region, one of five regions in the state’s stay-at-home order. The county reported 32,144 total COVID-19 cases Tuesday and an additional six deaths for a total of 216.

California is closing in on 2 million confirmed cases of COVID-19. The state on Tuesday reported nearly 32,700 newly confirmed cases. Another 653 patients were admitted to hospitals — one of the biggest one-day hospitalization jumps — for a total approaching 18,000.

California has recorded a half-million coronavirus cases in the last two weeks, overwhelming emergency rooms in urban centers and rural areas. The state could be facing a once-unthinkable caseload of nearly 100,000 hospitalizations within a month, Gov. Newsom said Monday. 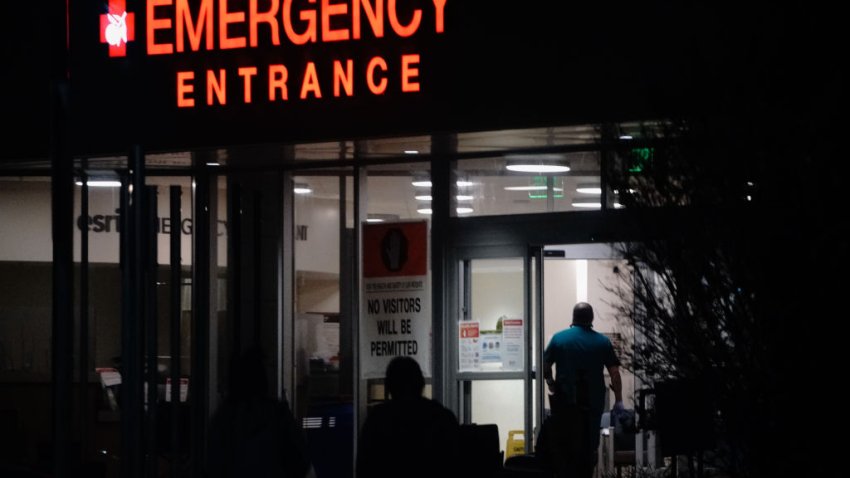 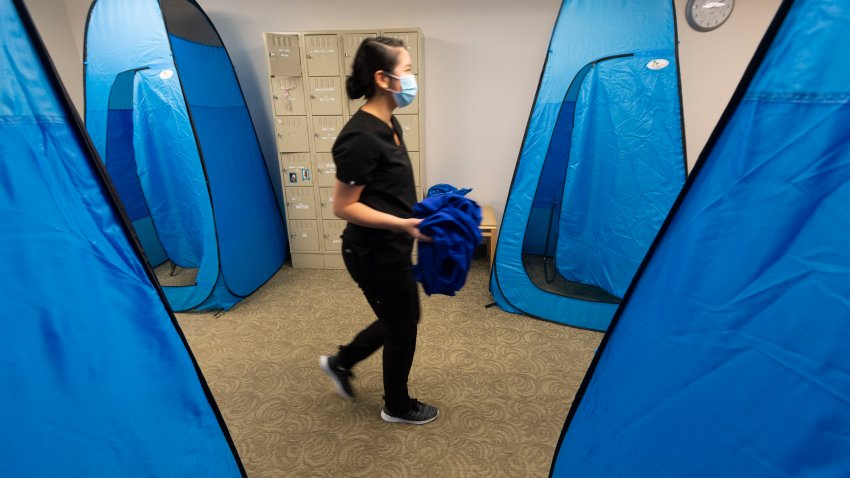 Dr. Mark Ghaly, California’s secretary of Health and Human Services, said it’s feared entire areas of the state may run out of hospital room even in their makeshift “surge” capacity units “by the end of the month and early in January.” In response, the state is updating its planning guide for how hospitals would ration care if everyone can’t get the treatment they need, he said.

The nation’s most populous state is averaging almost 44,000 newly confirmed cases a day and has recorded 525,000 in the last two weeks. It’s estimated 12% those who test positive end up in the hospital. That means 63,000 hospitalizations from the last 14 days of cases. The current figure is 17,190.

Many people are now getting infected at work, on the job. Joel Grover reported on NBC4 News on Tuesday, Dec. 22, 2020.

Top executives from the state’s largest hospital systems —Kaiser Permanente, Dignity Health and Sutter Health, which together cover 15 million Californians — said Tuesday that increasingly exhausted staff, many pressed into service outside their normal duties, are now attending to COVID-19 patients stacked up in hallways and conference rooms.

And, COVID-19's impact isn't just on the infected.

Lack of beds or nurses means that there are long lines to emergency rooms for other patients as well, such as those with heart attacks or trauma, and paramedics who must wait for an ER nurse to take charge of a patient may not be able to immediately answer another 911 call, said Dr. Anneli von Reinhart, an emergency physician at Community Regional Medical Center in downtown Fresno.