The number of patients hospitalized for coronavirus in the county rose from 2,178 Monday to 2,236, including an increase in intensive care patients from 500 to 504, both records.

Orange County continued its record-setting pace for COVID-19 hospitalizations Tuesday, and the outbreak in the county's jail also expanded with a record five inmates hospitalized.

The number of patients hospitalized for coronavirus in the county rose from 2,178 Monday to 2,236, including an increase in intensive care patients from 500 to 504, both records.

Last week, the county reported 56 COVID-19 fatalities, down from 85 the week before.

The most deaths in a single day was set on Dec. 14 when 23 residents succumbed to COVID-19. That topped the previous record of July 31 when 20 died during the summer surge.

The Orange County Jail's recent outbreak continues to rise with an increase from 1,097 infected inmates as of Monday going up to 1,154 inmates infected on Tuesday. Authorities are awaiting the results of 202 more tests and five inmates are hospitalized, according to Orange County sheriff's Sgt. Dennis Breckner.

Orange County sheriff's coroner's officials are now accepting bodies of COVID-19 victims from hospitals because the area's mortuaries and funeral homes are too full, Breckner said.

The outbreak has affected legal proceedings at the county's courthouses, including the ongoing preliminary hearing in a murder conspiracy case involving alleged Orange County Mexican Mafia chief Johnny Martinez, which was put on hold when a co-defendant tested positive for coronavirus. One of Martinez's attorneys, Richard Herman, said Martinez has also tested positive for COVID-19.

On Tuesday, the preliminary hearing was continued until Jan. 19 because three of the defendants are being quarantined. Four of the five have been infected with coronavirus.

Orange County Superior Court Judge Peter Wilson, who is overseeing a civil lawsuit filed by the American Civil Liberties Union against the county seeking to reduce the jail population to better conform with coronavirus physical distancing guidelines, has ordered Sheriff Don Barnes to provide details of each inmate's charges, criminal history, and medical status by noon Thursday. Wilson also allowed the city of Santa Ana to intervene in the lawsuit. A hearing is scheduled Friday to go over Wilson's order to reduce the jail population by half with Barnes claiming he has released as many lower-risk inmates as he possibly can so far. 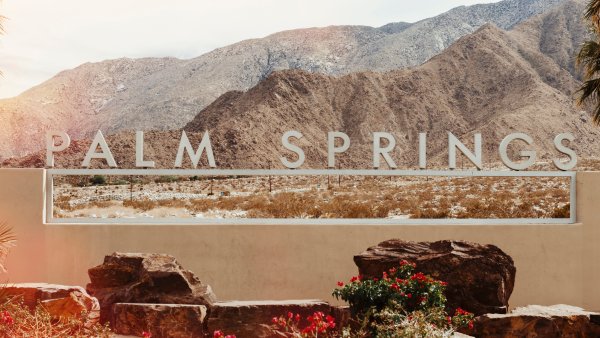 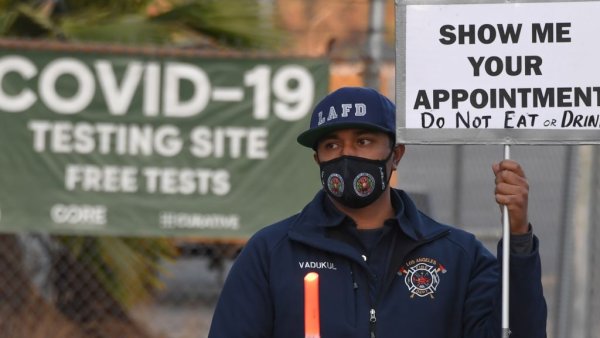 Andrew Noymer, a UC Irvine associate professor of population health and disease prevention, predicted the county will rack up more than 3,000 deaths before the pandemic is done.

Noymer said it is possible that COVID-19 is spreading so quickly because of a new, much more contagious variant of coronavirus first seen in England that has reached the shores of Southern California.

"California is very connected to the world so we get these things early," Noymer said.

Whether the variant is widespread here "is hard to know for sure,'' Noymer said. "But it's certainly possible.''

The county is struggling with a surge fueled by Thanksgiving-related family and friend gatherings. Another surge related to Christmas and New Year's celebrations is expected soon.

"I think we're starting to see it,'' Noymer said of a post-Thanksgiving surge. "But these waves are better identified after the fact. We're certainly in the middle of a huge wave now."

The county's state-adjusted ICU bed availability remains at zero, and the unadjusted figure dropped from 6% Monday to 4.9% Tuesday. The state created the adjusted metric to reflect the difference in beds available for COVID-19 patients and non-coronavirus patients.

The Southern California region is at zero ICU capacity.

The county's availability of ventilators dropped from  33% Monday to 31% Tuesday.

All of the county's metrics continue to remain within the state's most-restrictive, purple tier of the four-tier coronavirus monitoring system.

The county's Health Equity Quartile Positivity Rate, which measures the cases in highly affected, needier parts of the county, decreased from 24.2% last week to 23.4%.

Outbreaks at the county's skilled nursing facilities and elderly assisted living facilities -- defined as two or more cases within 14 days -- are an ongoing problem for the county.

The county has seen 42 outbreaks -- defined as two or more cases within the last 14 days -- at skilled nursing facilities and at 64 elderly assisted living facilities.

"After allowing ambulance diversion... for more than a week, the previously described metrics that measure hospital capacity to receive ambulances from the field have again deteriorated,'' according to a memo from the county's Emergency Medical Services Director Dr. Carl Schultz.

As of Sunday, 90%  of paramedics were averaging 62 minutes of waiting at hospitals to drop off patients, according to the memo.