He Was Once Pronounced Dead, Now Life Is Full of ‘PossAbilities'

"By the time I walk out of those patients' rooms, they have motivation, they have hope, they have faith."

Zimri Solis was a spunky little boy who lived for sports, until he came home one day with what he thought was just a fever.

"My mom's trying to bring [my temperature] down with medications," he said. "Next thing you know, I'm being driven to the (Emergency Room) by my parents."

Solis was just 10 years old. He says this is when his real life story begins.

"My face had swollen up, and you couldn't recognize me. My vitals stopped, and my heart stopped," he said. "By the time we landed, the captain of the helicopter pronounced me dead." 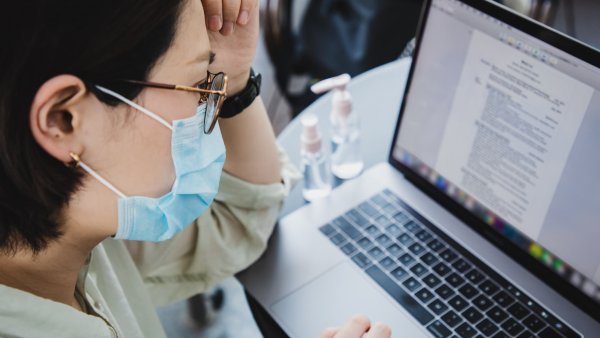 But suddenly, Solis' heart started to beat again. The doctors were able to stabilize him and bring him back from death's door.

Solis' physical shutdown was linked to meningitis, a virus that attacks the brain and spine. Doctors warned that survival required sacrifices. The only way to stop the infection was amputation.

"They amputated my leg, my right leg below my knee. My fingers on my right hand and my [entire] left hand."

Solis was in a coma for five months. This is when he says he received a message.

"God told me that I was like a piece of bread, and when bread molds, we take that piece of bread off and we still eat the rest of that bread," he said.

The infection was cut away, but what remained was still valuable. Solis decided to lead a life worth living, though he had trouble fulfilling that decision right away.

It took another setback nine years later to finally embrace the life he had: He was shot in the head when he was 19.

"It ended up being an eye-opener for me," he said.

After surviving yet another life-threatening event, Solis set out to find his mission in life. He found it through serving as a mentor for people experiencing the challenges he'd been through himself. For more than a decade, Solis has been mentoring patients with permanent physical injuries. He meets with them twice a month through the "PossAbilities" program at Loma Linda University.

Tomas Santos has been using a wheelchair since he fell asleep while driving and crashed into a tree. Solis' perseverance serves as a model.

"I would like to take those qualities that he has: the strength, the drive and the determination," Santos said.

That strength, drive and determination launched Solis into a life he once found unimaginable. He found love, became a father and has started competing as a para-athlete. He recently pushed his training into overdrive in a quest to qualify for the 2020 Paralympics.

It's the same mantra that Solis gives to the people he helps mentor through their struggles.

"By the time I walk out of those patients' rooms, they have motivation, they have hope, they have faith," he said. "If I can change somebody's life or perspective by sharing my story, that's what I take back, you know."

To learn more about the PossAbilities program, you can click here.