Hundreds gathered at the Tommy Trojan statue, now adorned with flowers, candles and handwritten messages, to mourn two USC graduate students who were killed in a West Adams District shooting that left the campus "saddened and outraged."

The vigil Wednesday night was for international graduate students Ying Wu and Ming Qu, fatally shot early that morning in the West Adams District. Both were electrical engineering students, according to the school's statement. 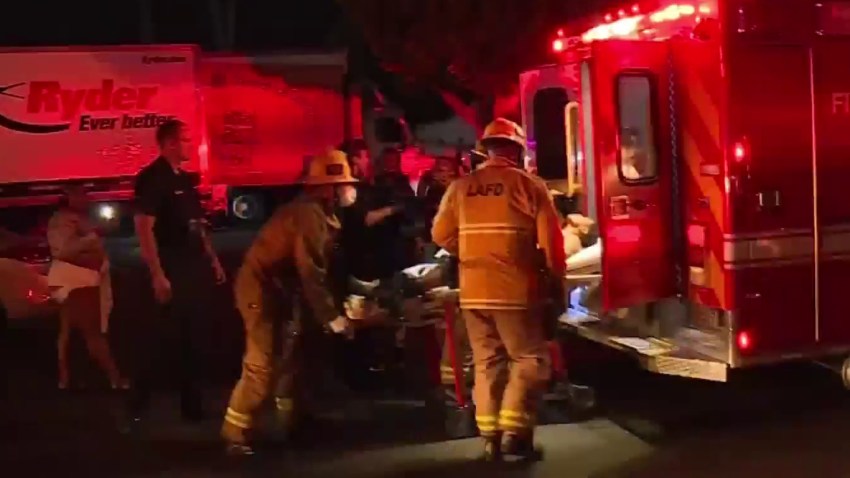 "We want to urge LAPD to get the criminal as soon as possible, and we want to show our urge to the school to improve the environment around the school," one student said at the vigil.

Detectives are considering all motives, including robbery, but said crime was down in the area near Adams Street and Normandie Avenue, partly because of an influx of students looking for cheaping housing.

Qu was driving Wu home from the campus library around 1 a.m. when the pair was shot in their BMW south of 27th Street near South Raymond, according to police.

Qu ran to a South Raymond Avenue home for help after the shooting, police said. He reached the porch of the home before he collapsed.

Both students were from China, according to police. Senior Vice President Todd Dickey and Vice President Michael Jackson issued a statement Thursday morning.

"Our community is saddened and outraged by this callous and meaningless act," the officials said in the statement. "Our hearts and prayers go out to the victims' families and friends and all who knew them at USC. The university is reaching out to those affected, offering counseling and support."

Investigators remained at the scene Wednesday morning as they attempted to determine what led to the slayings.

"We have detectives fanned out in all directions," said Commander Andrew Smith. "The vehicle is being taken back to the crime lab for processing to see if we can get a fingerprint."

A carjacking is only one of many possible motives detectives are considering, Smith said.

A witness told police a male was seen running from the location, but details regarding the subject were not available, Smith said. Neighbors told police they heard about three gunshots.

The USC officials' statement mentioned that the "incident occurred outside the neighborhood areas where over the past several years we have steadily increased our security presence, adding dozens of security and license plate recognition cameras, uniformed officers, and yellow-jacketed security ambassadors."