Bodies of Kobe Bryant, 8 Others Recovered From Helicopter Crash Scene

Kobe Bryant, his 13-year-old daughter and seven others were killed on Sunday, Jan. 25, 2020 when the helicopter they were in crashed into a hillside in Calabasas.

Federal investigators continued combing through the wreckage Tuesday of the Calabasas helicopter crash that killed Kobe Bryant and eight others, while coroner's officials confirmed they have recovered the remains of everyone aboard the ill-fated flight.

National Transportation Safety Board investigators continued the grueling task of collecting evidence from a debris field left by Sunday's crash covering between 500 and 600 square feet of rugged terrain.

NTSB board member Jennifer Homendy said Monday the helicopter crashed on a hillside, leaving the tail of the aircraft down the hill, the fuselage on the other side of the hill "and the main rotor is about 100 yards beyond that."

The Sikorsky S-76B helicopter crashed at about 9:45 a.m. Sunday in the area of Las Virgenes Road and Willow Glen Street. The helicopter, which departed from John Wayne Airport in Orange County, was bound for Camarillo, with the passengers on board heading to Bryant's Mamba Sports Academy in Thousand Oaks, where the retired Laker legend was set to coach his 13-year-old daughter, Gianna, in a tournament game.

In addition to Bryant, 41, and his daughter, killed in the crash were:

-- Ara Zobayan, 50, the instrument-rated pilot who was flying the helicopter;

-- John Altobelli, 56, the veteran baseball coach at Orange Coast College in Costa Mesa, along with his wife, Keri, 46, and their 13-year-old daughter Alyssa, a teammate of Gianna;

-- Sarah Chester, 45, and her 13-year-old daughter Payton, who also played with Gianna and Alyssa; and

-- Christina Mauser, 38, one of Bryant's assistant coaches on the Mamba Academy team.

According to Homendy, when the pilot approached Hollywood Burbank Airport Sunday morning, he "requested to transit controlled airspace under special visual flight rules," which would allow him to fly at less than the normal minimums of 1,000 feet and three miles of visibility. The helicopter circled for 12 minutes while awaiting approval from air-traffic controllers, but the request was granted, she said.

"The helicopter transited the Burbank and Van Nuys airspace at 1,400 feet, and proceeded south, then west," Homendy said. "The pilot requested `flight following' (radar assistance) to continue to Camarillo, but (air- traffic controllers) advised the pilot that he was too low for flight following. Approximately four minutes later, the pilot advised he was climbing to avoid a cloud layer. When (air-traffic control) asked what the pilot planned to do, there was no reply. Radar data indicates the helicopter climbed to 2,300 feet, then began a left-descending turn. Last radar contact was around 9:45 a.m. and was consistent with the accident location."

The crash occurred on a hillside, in an area about 1,085 feet above sea level, Homendy said.

Much of the area was draped in fog the morning of the crash -- thick enough to prompt the Los Angeles Police Department to ground its helicopter fleet. Sheriff Alex Villanueva said Sunday that sheriff's helicopters also were not flying due to the conditions.

"We're not just focusing on weather here though," she said. "We take a broad look at everything around an investigation, around an accident. We look at man, machine and the environment, and weather is just a small portion of that."

Friends noted that the pilot, Zobayan, was instrument-rated -- meaning he was qualified to fly in foggy and cloudy conditions -- and had more than 1,000 hours piloting the craft.

According to Island Express Helicopters, which owned the aircraft that was chartered by Bryant, Zobayan was the company's "chief pilot."

"Ara has been with the company for over 10 years and has over 8,000 flight hours," according to the company.

She said investigators will likely be on the crash scene for a total of about five days, but noted that a determination of what actually brought the helicopter down may not be known for more than a year.

"We're here to conduct a safety investigation, and our mission is not to just determine what happened, but why it happened and how it happened to prevent a similar accident from ever happening again," she said.

Homendy said drones were used Monday to map the crash scene. She noted the helicopter was not outfitted with a "black box" flight recorder, but it was not required to have one. She said the pilot had an iPad equipped with aviation software.

The crash site has been cordoned off by the sheriff's department, accessible only to area residents with identification, and the airspace above it has been declared a no-fly zone. Villanueva said the department has deputies on horseback patrolling the rugged area, noting that people have been trying to sneak into the area, some crawling through the brush in hopes of avoiding detection.

Bryant, the son of former NBA star Joe "Jellybean" Bryant -- joined the Lakers straight out of his Philadelphia-area high school in 1996. He led the Lakers to five NBA championships and was a perennial All-Star. Bryant and his wife Vanessa, who wed in 2001, had four daughters, Natalia, 17, Gianna, 13, Bianca, 3, and Capri, 7 months.

Bryant famously preferred to travel by helicopter, once telling GQ magazine that he would fly to home games so he could arrive fresh -- instead of lingering in Los Angeles' notorious traffic for hours.

The Lakers had been scheduled to play the Clippers at Staples Center Tuesday night, but the game was postponed to allow the team to continue grieving Bryant's death.

John Altobelli was scheduled on Tuesday to begin his 28th year coaching the Orange Coast College baseball team. The team will go forward with its season-opening game. Players practiced Monday, and installed a banner in honor of Altobelli on the left-field wall of the college stadium.

Mauser was a mother of three children, aged 11, 9 and 3. She and her husband previously coached the girls' basketball team at Harbor Day School in Corona del Mar, where Gianna was one of their players.

"I got three small kids and am trying to figure out how to navigate life with three kids and no mom," Matt Mauser told NBC's "Today" show on Monday.

Matt Mauser said Bryant chose his wife as an assistant coach "to teach the kids defense. They called her the mother of defense."

Payton Chester also played on Bryant's Mamba Academy team, and was being accompanied to the game by her mother, Sarah. Todd Schmidt, the former principal of Harbor View Elementary School in Corona del Mar, which Payton attended through fifth grade, paid tribute to the girl and her mother on Facebook.

"While the world mourns the loss of a dynamic athlete and humanitarian, I mourn the loss of two people just as important," Schmidt said. "Their impact was just as meaningful, their loss will be just as keenly felt, and our hearts are just as broken."

According to Business Insider, the helicopter that crashed Sunday was built in 1991. The S-76 was designed for corporate transportation, especially within the oil industry, where executives were traveling between land and off- shore drilling platforms, and was inspired by the UH-60 Black Hawk military helicopter, according to the publication.

The site reported that the helicopter's good safety record "has been largely attributed to its twin-turbine design, along with more rigorous training standards than some other civilian models, and the fact that it's frequently flown by two pilots, unlike most light helicopters." 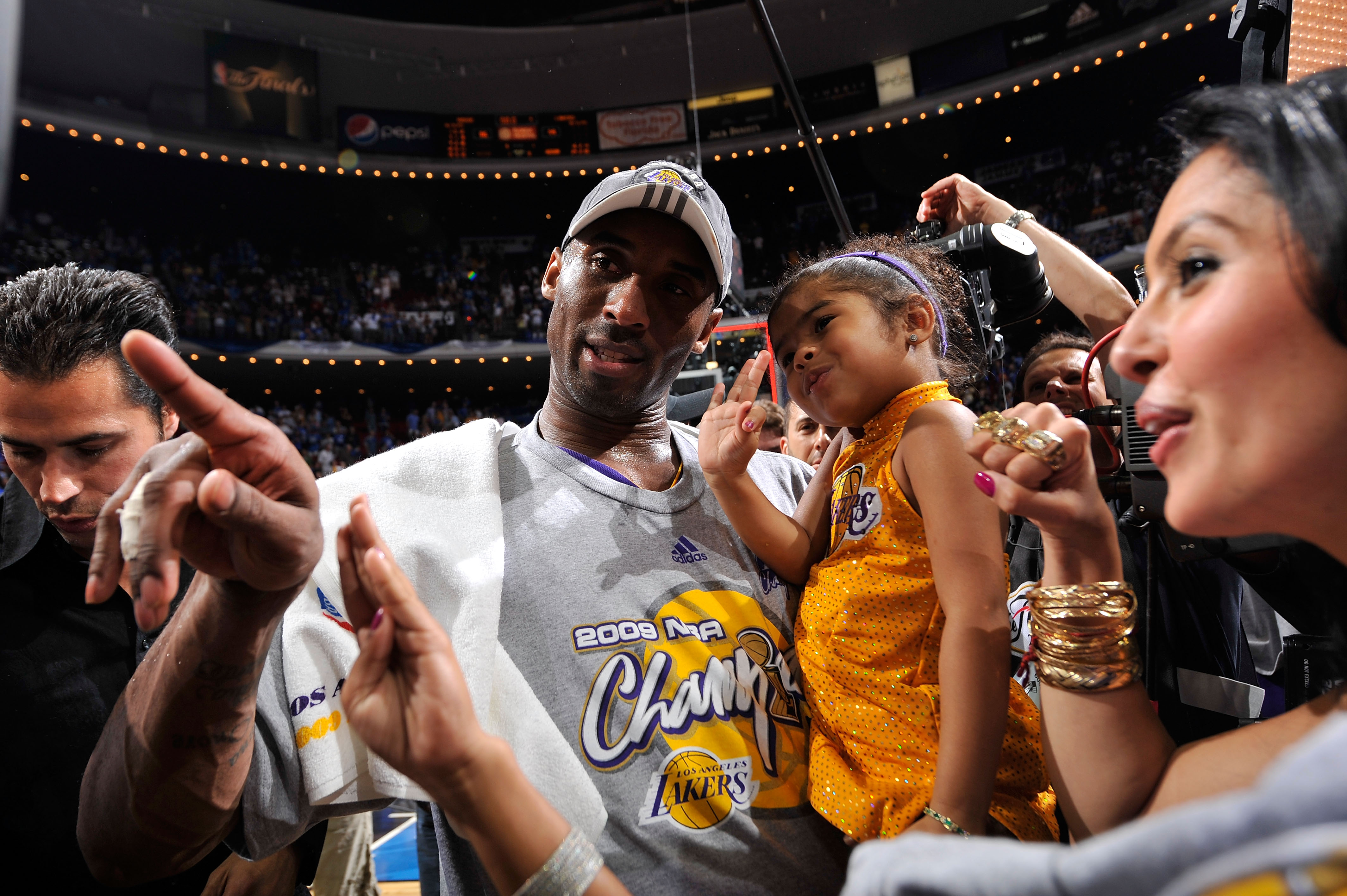 The Feeling's Mutual: Kobe Bryant's Appreciation for His Hispanic Fans After Kobe Bryant Merchandise Sells Out, Nike Evaluating How to Handle Future Sales 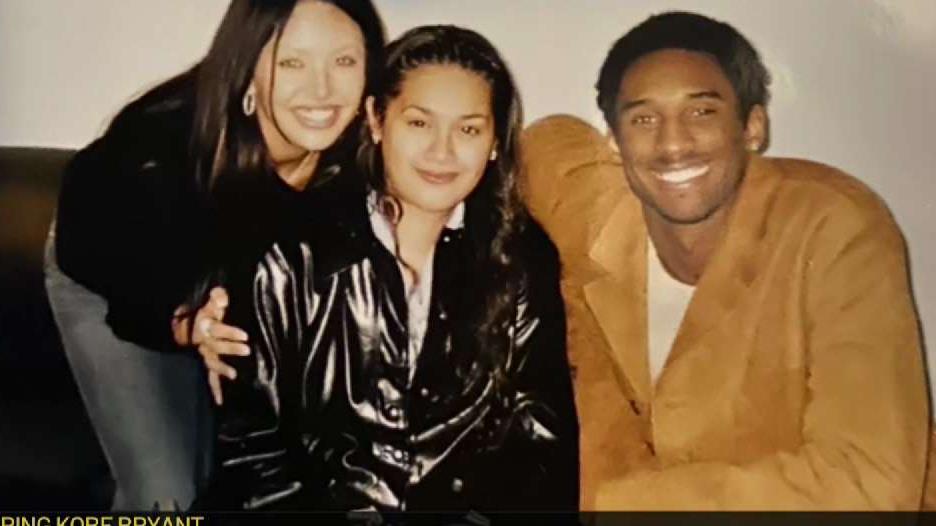 4 to Watch: Kobe Bryant Saw a Paralyzed Woman's Story on TV, Then She Got a Call