The 45-year-old man was digging with four other men when part of a wall collapsed around him, and he was buried up to his shoulders.

Orange Fire Department crews have recovered the body of a man who died when a wall of the swimming pool he was digging in Orange collapsed around him.

The collapse was first reported at 10:52 a.m. Saturday in the 6200 block of East Cliffway Drive, said Orange Fire Capt. Ryan O'Connor. The man was digging with four other men when part of a wall collapsed around him, and he was buried up to his shoulders, O'Connor said.

Early Sunday morning, firefighters called a construction company to bring in a crane to help them haul out thousands of pounds of dirt from the backyard where the pool is located, the Orange County Register reported. 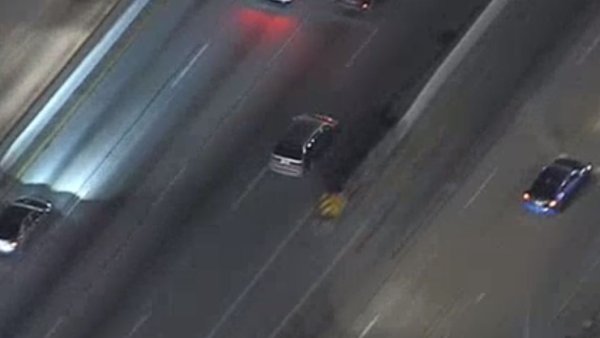 “This is a slow operation,” O'Connor told the Register. “There's limited workspace in the backyard. They're literally going in there by hand and digging.”

Firefighters are using 3,000-pound rectangular steel drums for workers to scoop out the dirt and eventually uncover the man's body.

The fire captain on the scene called for Urban Search and Rescue units from Orange, the Orange County Fire Authority, Anaheim and Huntington Beach while the first-arriving firefighters were lowered into the hole with ropes and began trying to clear the dirt away from the man, he said.

There was a secondary wall collapse and the man became completely buried, but firefighters continued to work to save him for more than two hours, O'Connor said.

Workers were assembling a crane and looking for a stable place to place it so that searchers can be lowered into the hole inside a protective steel cage to dig for the man's body without the threat of another collapse, O'Connor said.

CalOSHA was investigating the collapse, he said.