The coronavirus pandemic has prompted some traditional Los Angeles County Father's Day events to be shifted online while others won't be held at all Sunday.

The Rodeo Drive Concours d'Elegance car show has been postponed until further notice. The delay in the start of the Major League Baseball season means the Los Angeles Dodgers won't be having fans play catch on the field as is tradition at Dodger Stadium following their Father's Day game. 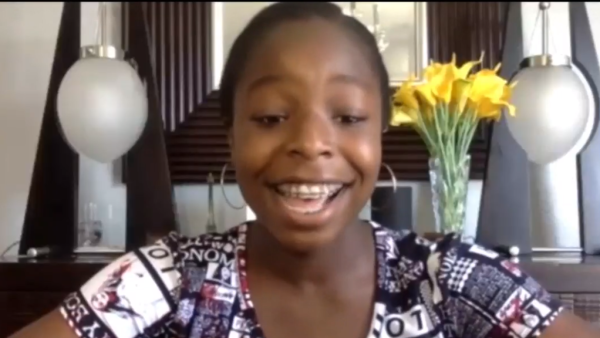 The Mablean Ephriam Foundation's 18th annual Honoring Unsung Fathers Awards will be streamed on Facebook Live beginning at 1 p.m. The luncheon is traditionally held at the Hilton Long Beach.

The awards are intended to celebrate fathers and make Father's Day as special as Mother's Day and encourage and promote positive fatherhood by spotlighting fathers who accept their role and responsibility and do it well.

-- "Solo Warrior," the father who never married the child's mother and is the primary custodial parent;

-- "Love Cares," the married father living in the home;

-- "Fatherhood Forever," billed as "the divorced father who divorced the mother, not the children";

-- "The Village Dad," the non-biological father who stepped into the shoes of the father; and

-- "The Living Legacy," an elderly father who serves as the role model for other fathers.

Ephriam said the awards were inspired by her 1999-2006 stint on the syndicated courtroom series "Divorce Court," presiding over actual cases involving feuding parents.

The winners are nominated by their children, wives, former wives, parents, siblings, other relatives, friends, co-workers and others who know and admire their great qualities. Nominees are primarily from Los Angeles County.

Sunday's Masses in the Archdiocese of Los Angeles will include a Father's Day Blessing for all fathers present and those joining the celebration online, watching on television or listening on radio.

The faithful will also be invited to participate in the special Cathedral Candle Program for Father's Day. Donations and prayer requests can be made online at www.olacathedral.org/candles/.

The candles will remain lit and in the sanctuary of the Cathedral of Our Lady of the Angels. Archbishop Jose H. Gomez, the cathedral's priests and staff will keep the prayer intentions in their daily prayers.

In his Father's Day proclamation, President Donald Trump wrote, "On Father's Day, we honor and celebrate our fathers and father figures for their daily contributions to thriving families and communities.

"Fathers serve as role models to their children, exemplifying hard work, devotion to family, self-confidence and faith. Through their character, determination, strength, and direction, they guide our futures toward happiness.

"Thus, it is no surprise that research increasingly shows involved fathers can help foster self-esteem, success in school, empathy and positive behavior in their children."

However, when that date would not provide organizers with enough time to make arrangements, the first Father's Day was celebrated in 1910 in Spokane on the third Sunday in June.

In 1924, President Calvin Coolidge recommended Father's Day be a national holiday. In 1966, President Lyndon Johnson proclaimed Father's Day as a holiday to be celebrated on the third Sunday in June, while President Richard Nixon signed a bill into law to do so in 1972.