Dr. Jeffrey Gunzenhauser told reporters in an online briefing that health officials want to “make sure we understand all persons who have been exposed are following the same protocols we expect of everybody.”

Dr. Jeffrey Gunzenhauser told reporters in an online briefing that health officials want to “make sure we understand all persons who have been exposed are following the same protocols we expect of everybody.”

“We want to find out who was exposed, who's been tested, are there any other cases,'' he said. “And anybody who's been exposed needs to be in quarantine for 14 days.” 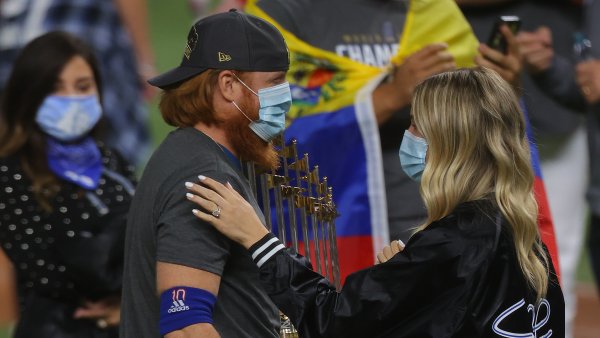 MLB Says Turner Violated Protocols When He Returned to Field 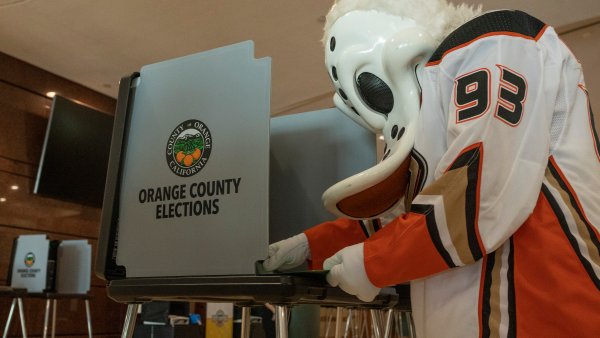 Gunzenhauser said he doesn't believe the entire team or organization will be required to quarantine, only those who were in “close contact” with Turner.

“We went over the criteria,” he said. “And the criteria are, have they been in close contact -- that's six feet for 15 minutes or more over a 24-hour period -- or did they have some kind of direct physical contact. They (the Dodgers) understand that. They've gone through and talked with everybody and anybody who's fulfilled that criteria is considered exposed and will be in quarantine for 14 days.”

The Dodgers conducted contact tracing procedures and are following all the Los Angeles County quarantining recommendations for those affected, a team official told City News Service.

The Dodgers returned to Los Angeles Wednesday, one day after their 3-1 victory over the Tampa Bay Rays in Arlington, Texas, gave them a six-game victory in the best-of-seven series.

Turner, who was removed from Tuesday's game before the start of the eighth inning due to the positive COVID-19 test, was not with them and was expected to fly home separately on a charter flight.

Turner drew criticism from Major League Baseball for leaving isolation after he was pulled from the game and joining his teammates in celebration on Globe Life Field, choosing “to disregard the agreed-upon joint protocols and the instructions he was given regarding the safety and protection of others.”

“While a desire to celebrate is understandable, Turner's decision to leave isolation and enter the field was wrong and put everyone he came in contact with at risk,” according to an MLB statement. “When MLB Security raised the matter of being on the field with Turner, he emphatically refused to comply.”

The Commissioner's Office has begun a “full investigation into this matter and will consult with the Players Association within the parameters of the joint 2020 Operations Manual,” MLB announced.

Following the team's return to Los Angeles, Mayor Eric Garcetti said Wednesday that anyone who was potentially exposed to the virus needs to quarantine, no matter who they are.

Turner's “diagnosis is a reminder that anybody can get this and anybody can pass this on too, so it's a reminder of how safe we all need to be, with every action we take and everything we do,” Garcetti said.

In a column in Thursday's Los Angeles Times, Bill Plaschke wrote, “One of the greatest team accomplishments in the history of Los Angeles sports has been marred by a singular act of selfishness, the divine tinged with disappointment, a lovable leader now bathed in disillusionment. In his seven years as a Dodger, the red-bearded Turner has become everybody's favorite hometown kid. He's like an embraceable stuffed animal with real teeth. He's shaggy, tough, resilient, kind, charitable, the player who gives an autographed ball to the nightly honored veteran, the player who began this abbreviated season warning teammates about their pandemic responsibility.”

“Who would have thought he could be so irresponsible?”

Turner has not publicly responded to the criticism following news of his diagnosis and the team's victory. He wrote on his Twitter page, “Thanks to everyone for reaching out! I feel great, no symptoms at all. Just experienced every emotion you can possibly imagine. Can't believe I couldn't be out there to celebrate with my guys! So proud of this team & unbelievably happy for the City of LA.”

Meanwhile, Dodger Stadium's team stores opened to the public on Thursday for the first time since the World Series victory, selling officially licensed merchandise commemorating their first championship since 1988.

Dodgers championship merchandise set a sales record for the first eight hours it was available on Fanatics, surpassing the Chicago Cubs, Los Angeles Lakers and Philadelphia Eagles immediately following their titles, according to Michael Rubin, chairman of the online retailer of licensed sportswear, sports equipment and merchandise.