Nicholas Gutierrez was arrested after the wrong-way crash in Whittier and booked on suspicion of attempted murder, but later released from custody.

The driver behind the wheel of a SUV that struck a group of sheriff's department recruits on a training run in Whittier says the crash was not intentional.

Nicholas Gutierrez said in an exclusive interview with NBCLA that the crash that injured 25 recruits was not deliberate and that he fell asleep at the wheel.

Gutierrez was arrested after the wrong-way crash last week and booked on suspicion of attempted murder on a peace officer. He was later released from custody after authorities said more evidence was needed to file charges.

Gutierrez, 22, his family and an attorney spoke with NBCLA in the days after he was released from custody. The interview is scheduled for broadcast Monday at 11 p.m. on NBC4.

“I didn’t intentionally do it,” Gutierrez said, adding that he fell asleep on his way to work. “I wish it never happened. I feel bad it happened.” 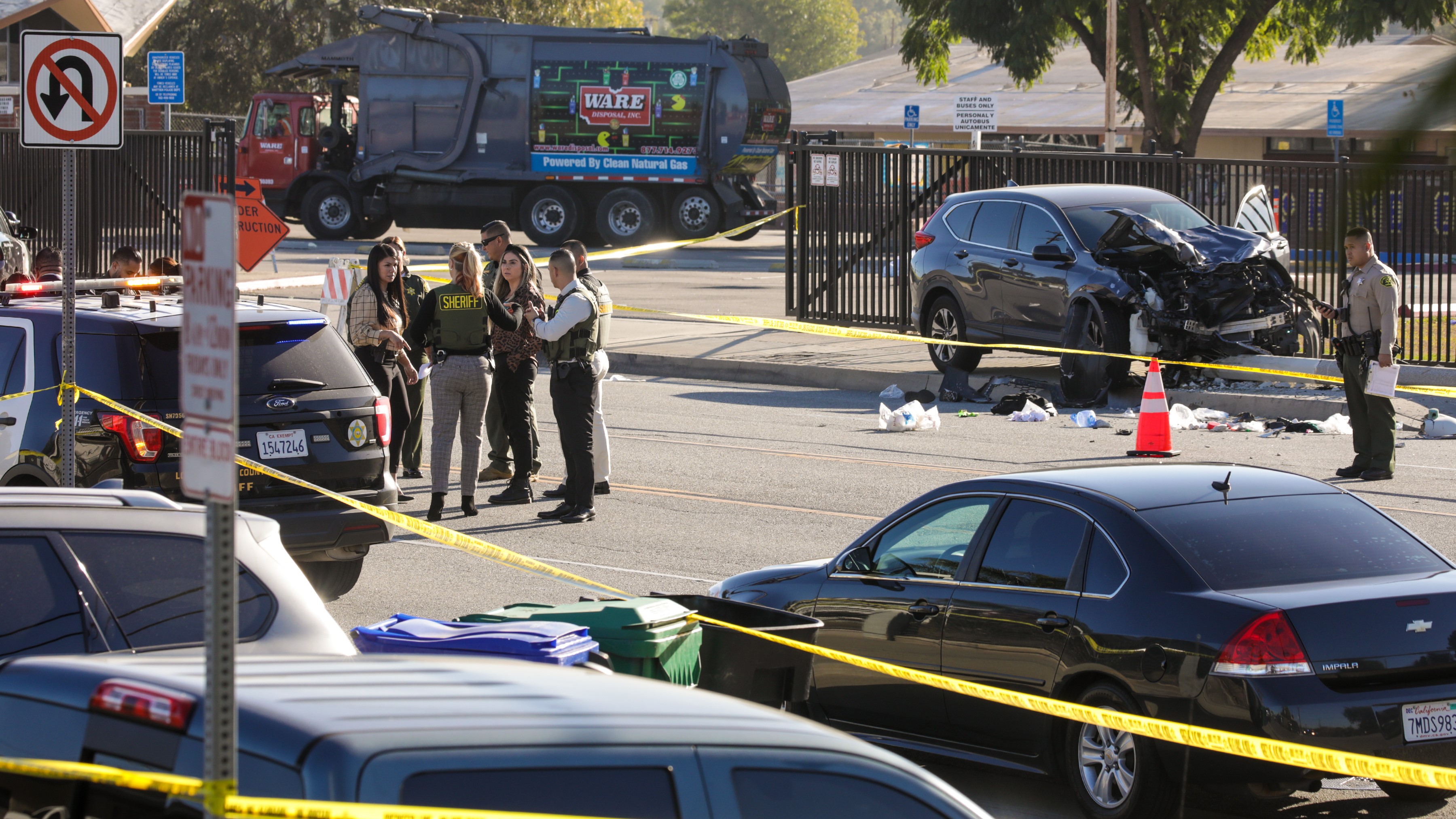 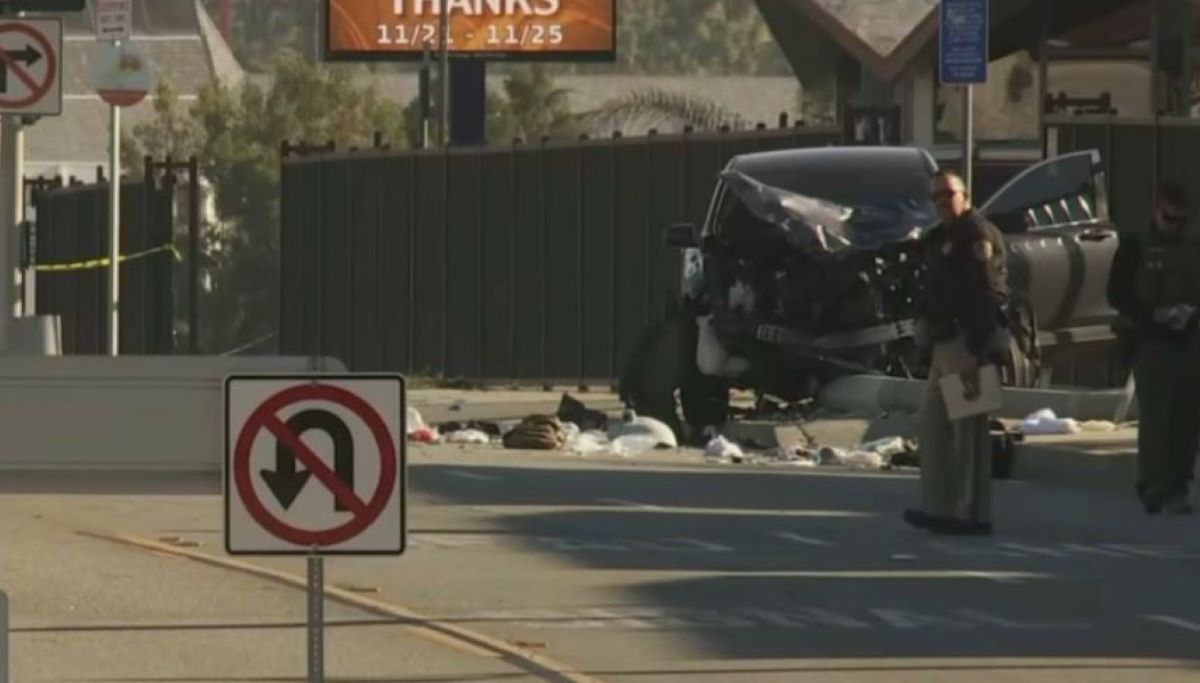 His attorney said injuries to his face were suffered at the scene, but not because of the crash. The sheriff's department declined to comment or elaborate.

“They dragged me out,” Gutierrez said. “I asked if everything was ok.

“They tried to say that I did it intentionally, which I didn’t. I kept on telling them I didn’t.”

Twenty-five law enforcement recruits were injured, some suffering what the sheriff called life-altering injuries that include loss of limbs. Five were hospitalized in critical condition, but one of the most severely injured recruits suffered setback over the weekend and was in grave condition Monday.

They were injured when a Honda CRV driven by Gutierrez swerved into a group of about 75 law enforcement recruits on a training run around 6:30 a.m. Wednesday in the 10600 block of Mills Avenue, near Telegraph Road. The recruits often run in the neighborhood, which is just blocks from the sheriff's STARS Explorer Academy law enforcement training center.

The recruits were running in a four-column formation with safety guards and patrol vehicles.

According to multiple law enforcement sources, Gutierrez was questioned repeatedly after he was detained at the scene of the collision and gave deputies and investigators a consistent account. Gutierrez has not been charged in connection with the crash.

According to Gutierrez he passed a lie-detector test.

Gutierrez was heading to work as an electrician installing solar panels, taking the same route he said he travels every day. He said he doesn’t remember exactly what happened leading up to the crash, but added that it was not deliberate.

Law enforcement sources told the NBC4 I-Team that a witness saw him looking down, possibly at a mapping device or possibly dozing off.

“I fell asleep at the wheel,” Gutierrez said. “I woke up to the sound of (recruits) banging on the windows.”

A 22-year-old Diamond Bar man is out of jail and back home today, just two days after crashing into more than 2 dozen law enforcement recruits while they were out on a run in Whittier. Alex Rozier reports for the NBC4 News on Nov. 18, 2022.

Gutierrez was arrested Wednesday on suspicion of attempted murder, Sheriff Alex Villanueva announced. He said in a media interview that detectives had, "probable cause to believe that this was intentional," though Sheriff's officials did not detail what led to that conclusion.

Villanueva said earlier that Gutierrez cleared a breathalyzer test for alcohol intoxication and initially characterized the crash as "a horrific accident."

Gutierrez was freed from the Twin Towers jail in downtown Los Angeles around 10 p.m. Thursday, booking records showed. An initial court date that had been scheduled for Friday was deleted.

The Sheriff's Department said the investigation was ongoing and investigators were working to collect additional evidence to present to prosecutors for possible charges.

"Nicholas comes from a proud law enforcement family and the injuries to these recruits is beyond heartbreaking," attorney Alexandra Kazarian said. "The Gutierrez family appreciates the Sheriff’s Department taking the time to conduct a full and complete investigation. As many have asked, we want to emphasize that Nicholas was his way to work, and had no drugs or alcohol in his system at the time of this tragic accident."

Most of the trainees were LA County Sheriff's recruits, but some were trainees from police departments in Pasadena, Glendale, and Bellflower that contract with the Sheriff's Department for academy training.