FAQ: What to Know When Thunder Roars and Lightning Strikes in Southern California

Here's a guide on what to know and what to do when lightning strikes so you can be safe.

Thunderstorms are not common in Southern California, but a rare early summer storm unleashed thousands of lightning strikes in just a few hours early Wednesday as a dangerous situation turned deadly.

Lightning is suspected in the deaths of a woman and her two dogs, who were walking on a path in Pico Rivera.

The overnight thunder and lightning provided a chilling reminder of the dangers of severe weather.

If there is thunder then that means that lightning is not too far behind. The No. 1 reminder, according to the National Weather Service, is to stay indoors if there is lightning.

Here is a guide on what you need to know about lightning, what to do if lightning strikes, and how to stay safe.

Thunder is the sound that is caused by lightning.

It serves as a warning that lightning can strike soon and it is best to take some precautions. Thunder can be very loud and heard from miles away because of the electrical energy.

"Thunder is created when lightning passes through the air," according to the National Weather Service. "The lightning discharge heats the air rapidly and causes it to expand. The temperature of the air in the lightning channel may reach as high as 50,000 degrees Fahrenheit, 5 times hotter than the surface of the sun. Immediately after the flash, the air cools and contracts quickly. This rapid expansion and contraction creates the sound wave that we hear as thunder."

Lightning is a natural electrical discharge that occurs between clouds and the ground.

It is caused when negative charges or electrons from the bottom of the clouds are attracted to positive charges also known as protons in the ground.

Lightning travels at very high speeds, which means that when you see it or hear thunder the best thing to do is get indoors as quickly as possible.

It is important to stay away from electrical lines, trees, highly elevated outdoor spaces, and windows once indoors. 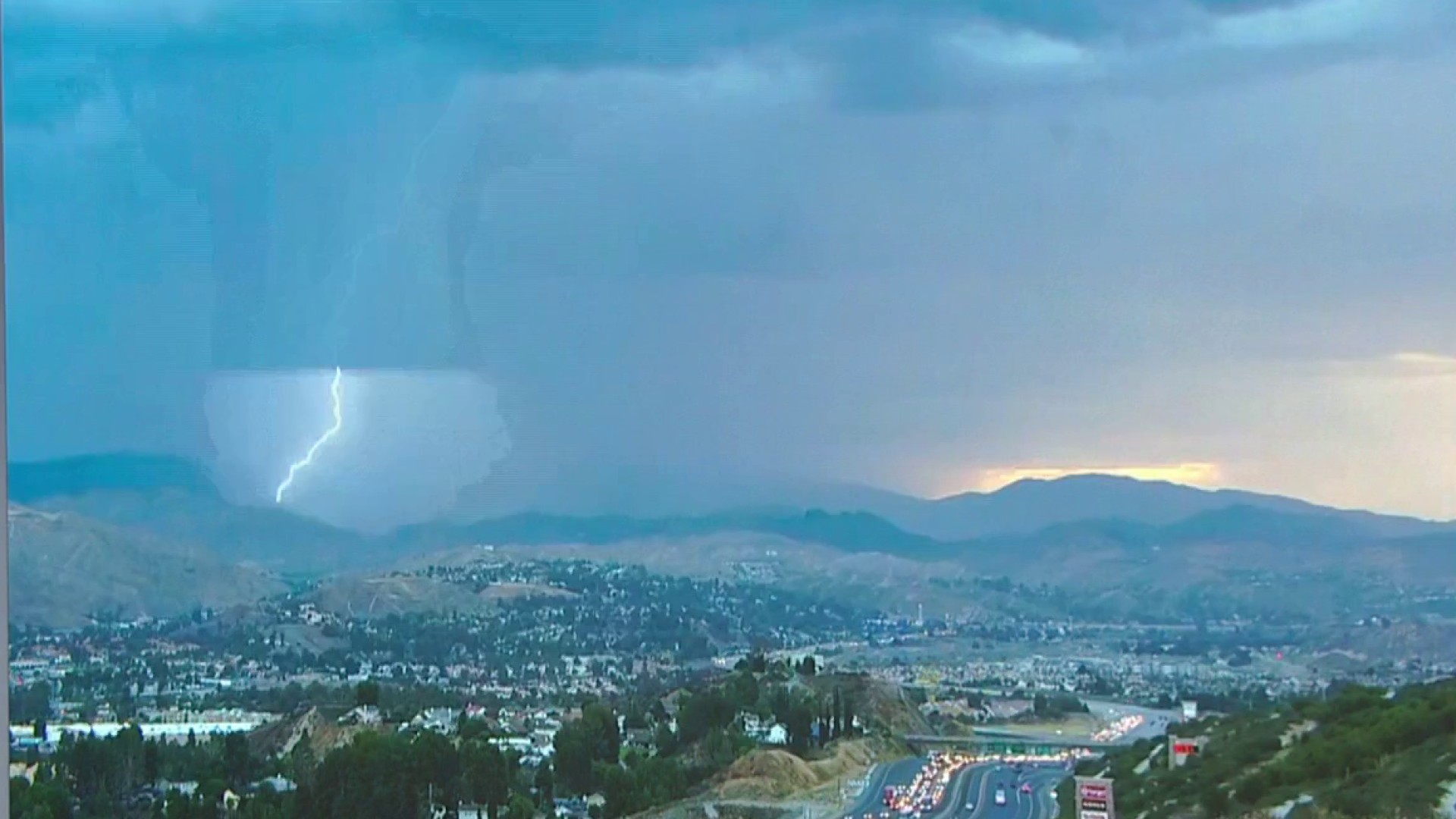 Thunderstorms, Lightning: Summer Starts With a Bang in SoCal 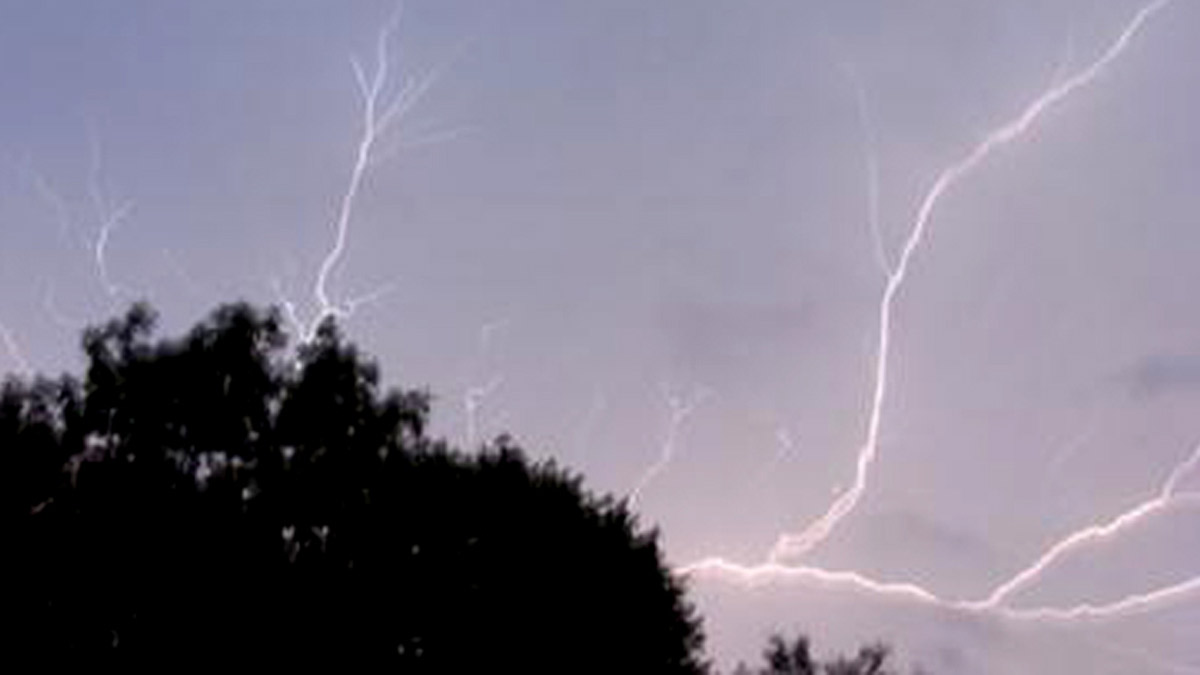 What happens to your body if you are struck by lightning?

When you are struck by lightning, electrical currents run through the body that can cause multiple health conditions.

When a person is struck, their heart usually stops beating and they go into cardiac arrest.

If this happens, it is important that someone nearby the victim start performing CPR to get the heart pumping once again. Lightning victims do not carry an electrical charge. You will not be electrocuted by touching someone who has been struck by lightning.

What are the odds of getting struck by lightning?

According to the CDC, about 40 million lightning strikes hit the ground in the U.S. each year.

The likelihood of getting struck by lightning is one in a million.

The CDC says that even if you are struck by lightning, 90% of victims end up living and being okay although there could be permanent health conditions.