The father of a man shot dead by Los Angeles County Sheriff's deputies pleaded on Tuesday for the department to release body camera footage to understand what led up to the shooting of his son.

In the shadow of the Sheriff headquarters, the Hall of Justice, in downtown LA, Fred Williams Sr. spoke about the Friday afternoon shooting death of his 25-year-old son, Fred Williams Jr.

"We want what we deserve, we just want justice, that's it," the elder Williams said. "We all know what it was, we know it was an execution. We know they take a long time to put out anything they got because we know why, they trying to cover up what they did."

"If this body cam video vindicates the deputy, there's no reason to conceal it from the public," said Cliff Smith, a family friend. "Let the public see it."

The Sheriff's Department says it plans to release the video.

In a statement on twitter, the department says investigators are working 24/7 and that body worn camera footage will be released after interviews are completed and evidence analyzed.

Williams' father says the county coroner already told him his son was shot in the back, although the coroner's office told NBC4 an autopsy hasn't been completed.

"They basically told us that, yeah, he was shot one time in the back, the center of his back, so I'm sure it went through his heart," Williams said.

Sharing still shots of the neighbor surveillance video that caught the moments leading up to the shooting, the family says the deputy doesn't seem to feel threatened as he weaves his way into private property in pursuit of Williams, believing that means there was no immediate threat to lead to the use of deadly force. 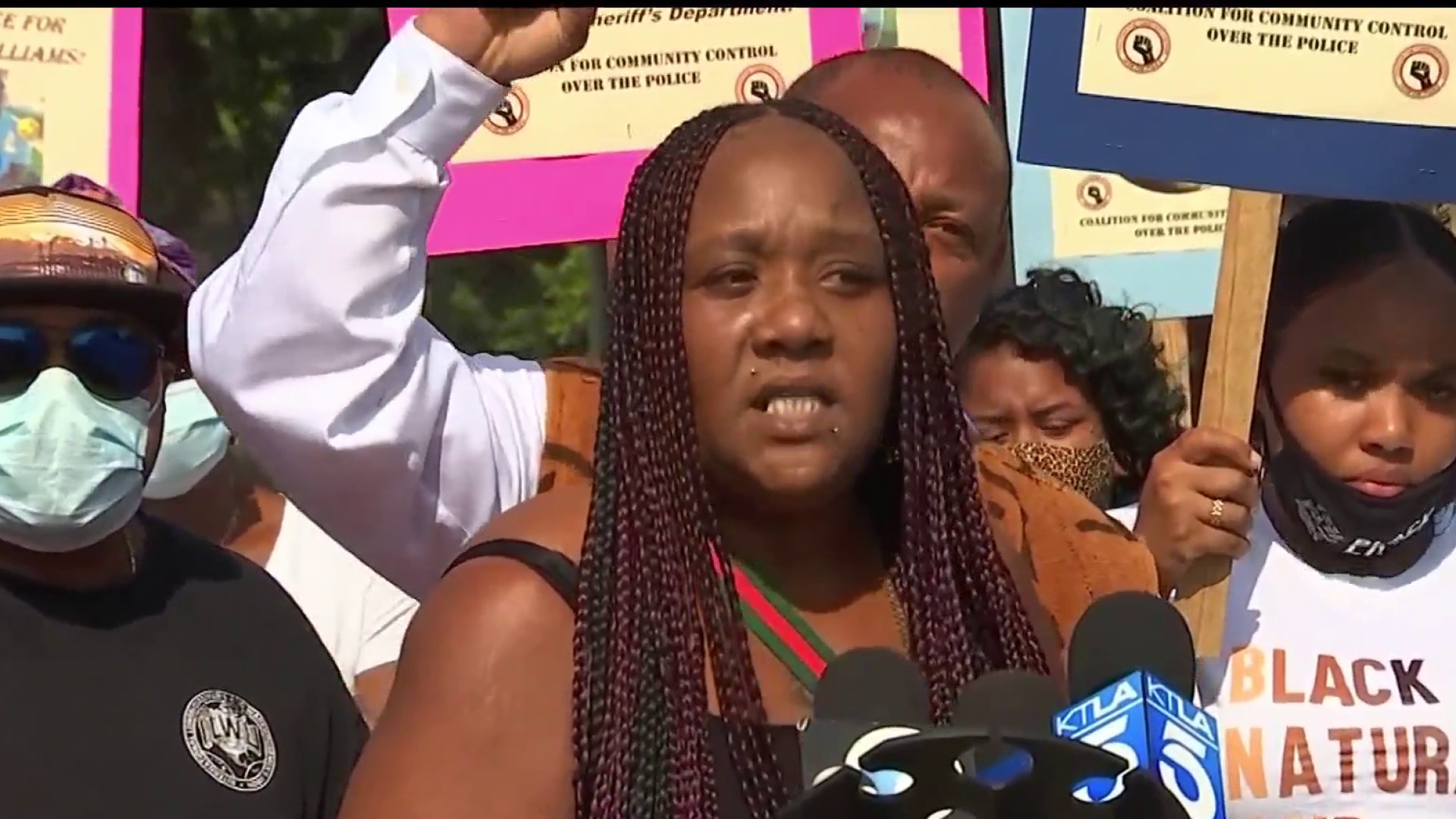 Community Calls for Justice After Man Killed by Deputies in Willowbrook 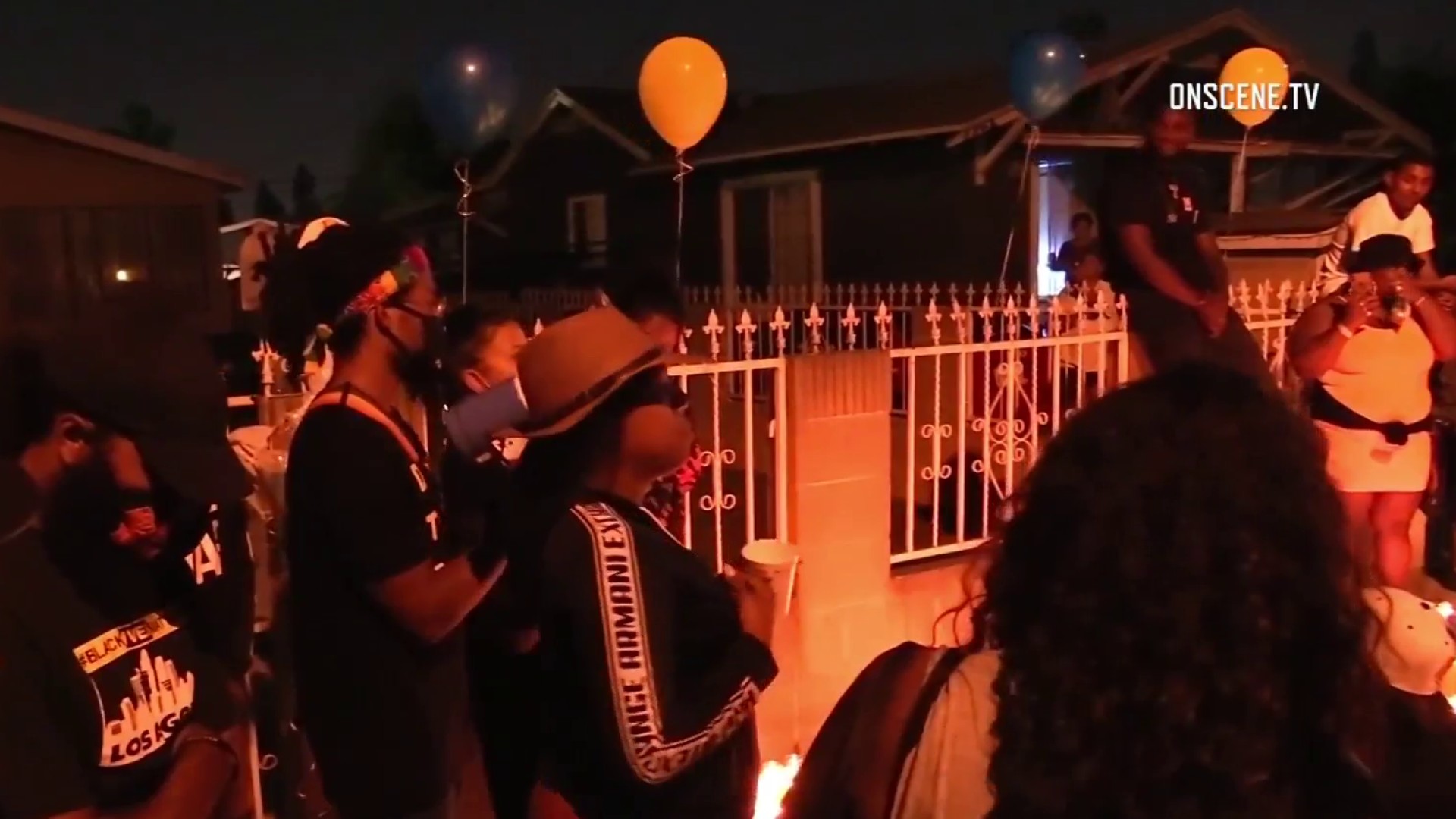 "He was in no concern of any threat, entering into a blind alley, running behind several blind corners, behind a garage, alone," Smith said.

Sheriff's investigators say deputies spotted Williams with a gun at event in Willowbrook, which led to a foot pursuit. The surveillance video shows him with his hand on his waistband.

Outrage boiled over in Willowbrook one day after a man was shot and killed by a deputy there. As seen on NBC LA at 11 p.m. Saturday Oct. 17, 2020.

But the video's angle doesn't show the moment of the shooting, which is what Williams' family says they want to see. Williams' father saying he's only heard a preliminary response from investigators about his son's actions.

"He engaged one of their officers, pulled a firearm," Williams said.