Grocery store workers across the LA area will vote to authorize a strike against grocery giants Ralphs and Albertsons in the midst of contract negotiations.

For four years, Medina has been making $11.20 an hour working at the deli station, cutting meat, preparing hot and cold meals, and serving customers.

She says the compensation she receives does not equate to the amount of work she does. 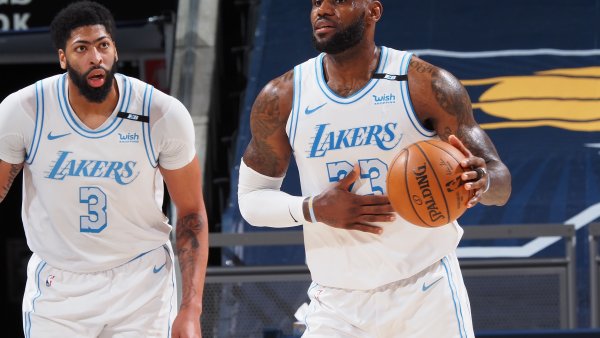 "All the work I do is not worth it and I wish there were improvements to the system," Medina said. She explained that she wasn't asking for much, just hoping to keep her pension and get a raise "every once in awhile."

On Monday, Medina may finally get her chance for change.

Grocery store workers across the Los Angeles area will vote to authorize a strike against grocery giants Ralphs and Albertsons in the midst of contract negotiations.

As many as 47,000 members of the United Food and Commercial Workers Local 770 could cast a vote throughout the day. The vote will not necessarily mean an immediate strike, though it gives union leaders the power to call a walkout during talks with company executives, which have lasted two months.

The union represents workers of the Ralphs and Albertsons grocery chains, which includes Vons, Safeway and Pavilions.

After minimum wage legislation was passed in 2015 authorizing an increase to $15 an hour by 2022, the union said they have seen a decline in benefits for workers and an increase in time required for entry-level workers to reach the highest pay grade, which is 7.5 years.

The current starting salary for a grocery store worker is $10.10 an hour, only 10 cents more than minimum wage.

Ricardo Icaza, president of the union, said these changes "were not done in good faith" for the workers.

"[The grocery stores] are trying to find ways to negotiate a contract that would offset the cost by cutting benefits," he said.

Benefits on the chopping block include pensions and health care plans.

Though this vote could authorize a strike, Icaza maintains that is the last thing the union wants. He said they want it as a bargaining tool throughout negotiations. He said the union's goal is to make working at a grocery store a middle-class occupation.

"Ralphs is committed to reaching an agreement with union leadership at the one place an agreement can be reached — the bargaining table," the company said in a statement. "[The vote] only serves to cause concern for associates and customers."

A little more than a decade ago, both grocery chains faced a strike that lasted more than 140 days, leading to a financial loss of almost $2 billion and a huge market share loss, Icaza said. During that time, customers turned to smaller chains for their food needs, some not returning when the strike ended.

Ralphs spokeswoman Kendra Doyel said authorization votes such as this one were not uncommon and often ends in a contract.

Workers can vote from 8 a.m. until 8 p.m. at different locations throughout the Southern California area. Icaza expects a "very strong vote" from union workers.

Medina voted for the strike authorization this morning, saying that though no one wants a strike, sometimes "you gotta do what you gotta do" for changes to occur.

"I'm trying to make ends meet here," she said. "If something doesn't change soon, we might as well be on the street."