Sign up to hand-stomp the famously tart beverage and support The Leukemia & Lymphoma Society.

Southern Californians' lives brim with repeated movements, those brief actions that are performed again and again, actions that have become part of the hum of the city.

Catching a wave applies here, as does flipping your blinker to merge onto a freeway. The snap of a clapboard on a film set counts, as brandishing a phone to snap a selfie at a red-carpet premiere.

Let's also add lemonade hand-stomping to that hallowed list of small SoCal actions that are oft-repeated. Hot Dog on a Stick first opened next to the Santa Monica Pier in 1946, and its signature beverage is made by pushing down on a lever to mix all of that tart citrus-y goodness, with the end result being sunshine in a cup.

The old-school method of drink-making has its fans, and many of those lemonade lovers will be out at the original Hot Dog on a Stick stand at Muscle Beach on Thursday, April 21 to try their hand at hand-stomping lemonade.

The Lemonade Stomp-A-Thon is a day-long fundraiser for The Leukemia & Lymphoma Society, and everyone from celebrities to former Hot Dog on a Stick employees to bigwigs to regulars will take a turn at the stomper from 11 a.m. to 6 o'clock.

The "seven" is no randomly chosen number, of course. It's Hot Dog on a Stick's 70th anniversary, and the company, which sells its batter-dipped dogs at locations across the country, hopes to raise $70,000 for LLS via the seven-hour fundraiser. 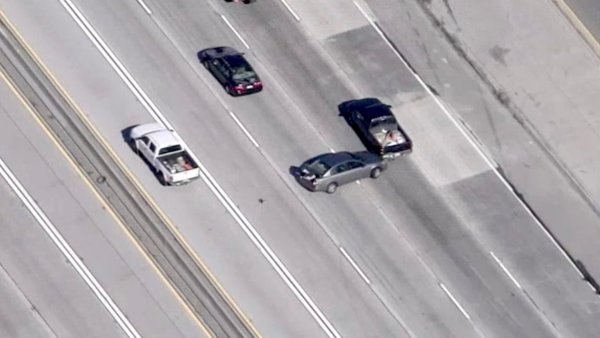 Want to join in and do some hand-stomping for a very important cause? Pick a half-hour window and throw your name in.

And if you can't make it, but can donate online, you'll get a coupon for one dollar.

Seven hours, Santa Monica, and a whole bunch of stomping of the citrus-sunshiny sort, for a sweet reason. Nice. Also nice that it's a true Southern California classic, the Hot Dog on a Stick lemonade.

It's as local as catching a wave or merging onto the 405 or closing a clapboard on a film set or snapping a selfie in Hollywood.