The law that went into effect in September prohibits people from sleeping and camping on sidewalks and in parks.

Two million dollars in spending from Los Angeles' homeless services fund was approved Tuesday for the printing and installation of signs to enforce a new law prohibiting people from sleeping and camping on sidewalks and in parks.

The law, which went into effect Sept. 3, prohibits sleeping, sitting, camping and obstructing the public right of way at several locations, many of which require a resolution to be passed by the council before enforcement can take place. 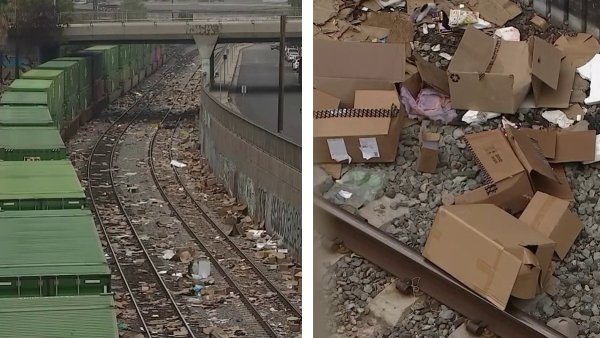 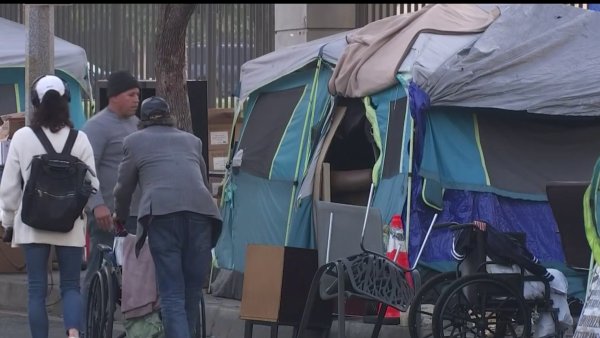 The city administrative officer and chief legislative analyst estimate that 20 signs and five replacements are needed for each enforcement location. As of Oct. 6, requests for enforcement had been submitted for 116 locations, and 79 were approved by the council as of Tuesday.

Councilman Mike Bonin and Councilwoman Nithya Raman cast the two dissenting votes to fund the signage, as they did for the original ordinance and all resolutions requesting enforcement.

Drug use and confrontations occurring day and night have made it difficult to use the beachfront property. Angie Crouch reports Oct. 28, 2021.

"Colleagues, when I first heard that the City Council was going to spend $2 million out of homelessness funds for signs to say, 'You can't sit, sleep or lie here,' I actually didn't think it was serious. I thought that someone was parodying the Council or somebody was spreading a mistruth to make the Council look bad,'' Bonin said. "I'm wondering how many temporary housing vouchers, motel vouchers, $1 million or $2 million could get you so that people can have a safe place to stay while they're waiting for an emergency housing voucher to find a place to live.''

The City Council on Tuesday also approved nine locations in Councilman Mitch O'Farrell's district for enforcement of the ordinance, including within 500 feet of the following locations.

Those areas can be enforced under the law's provision to prohibit sleeping, sitting, camping and obstructing the public right of way within 500 feet of "sensitive'' facilities, including schools, day care facilities, parks and libraries.

That category requires the council to pass a resolution to designate a specific area for enforcement, post signage and give notice of the date that the ordinance will be enforced for the area.

Several people called into the council meeting Tuesday to oppose and support the anti-camping law and O'Farrell's resolution, many of whom specifically spoke about Vine Street Elementary School.

On Sept. 14, the council approved a street engagement strategy that provides outreach teams to deploy to areas chosen for enforcement once a resolution is introduced. The teams, once staffed, will assess the encampments, determine how long engagement will take place, collaborate with city and county departments, as well as nonprofits, and connect encampment residents with services and interim and permanent housing placements.

Staffers from O'Farrell's office said they hired non-profit service provider Urban Alchemy to perform outreach at the nine locations included in the resolutions, along with all areas of his district. The teams visited the nine locations in the resolution 270 times since spring 2021, according to O'Farrell's office, which also said that the street engagement process was followed, including the submission of necessary forms for each location.

It was not immediately clear how many people were brought indoors through the outreach and if the outreach teams told the encampment residents that enforcement of the ordinance would occur at the locations.