In the months leading up to the chaotic U.S. troop withdrawal, they scrambled to get at-risk women out of the country and to safety -- doctors, lawyers, politicians, activists, artists.

Jahan Shahryar and Dr. Ayesha Sherzai do not mince words when they talk about the women of Afghanistan.

"We consider this a spiritual death," said Shahryar. "It's potentially worse than death."

Americans of Afghan descent, both are accomplished professionals in the U.S. - Shahryar, an attorney and Sherzai, a neurologist. 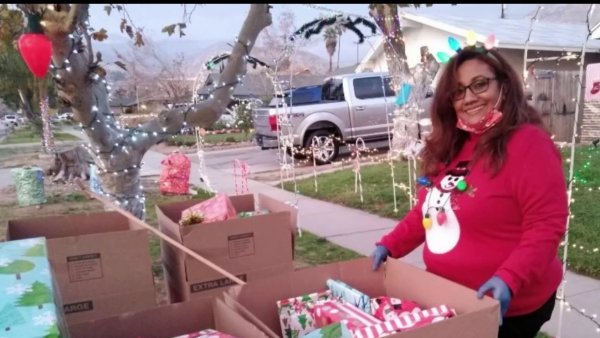 They are founding members of a nonprofit called restorehervoice.org.

"You have women with the same dreams and aspirations that we have - with education and so much potential - and, right now, they're confined to their homes," Shahryar said.

That is what drives their lifelong mission, operated from Los Angeles, to make change on the other side of the world.

In the months leading up to the chaotic U.S. troop withdrawal, they scrambled to get at-risk women out of the country and to safety -- doctors, lawyers, politicians, activists, artists.

"They're the biggest threat to the Taliban regime, because they are powerful, outspoken women," Sharyar said.

Sixty-five, so far, have come to the states, an exhausting and difficult journey, often involving dozens of helpers in multiple countries.

But for those who could not leave, the threat remains: a regime of what Sherzai calls an archaic belief system that subjugates women, often with violence.

"There are 16 million women living in Afghanistan," she said. "Sixteen million women who - for the last 20 years - were given hope."

But they, and "restorehervoice" have never given up.

This week, Sharyar received a $6,000 kindness award from People magazine.

The pair say it's bringing renewed attention to their mission, and encourage everyone to visit their website.

There, you can see photos and stories behind the lucky few who made it out, as well as the faces of hope among millions who remain behind.