The coach promised the Los Angeles Lakers will “bounce back strong” Sunday from a 111-108 loss to the Miami Heat that denied them a record-tying 17th NBA championship.

Coach Frank Vogel is promising the Los Angeles Lakers will “bounce back strong” Sunday from a 111-108 loss to the Miami Heat that denied them a record-tying 17th NBA championship.

“We'll have a better performance in Game 6,” Vogel said Friday after his team's lead in the NBA Finals was cut to three games to two.

In a game with six lead changes and four ties in the final two minutes, 52 seconds, Miami took the lead for good with 16.8 seconds left on Jimmy Butler's two free throws.

On the ensuing possession, LeBron James drove to the basket and passed back to Danny Green at the top of the 3-point arc, whose shot hit the rim with 7.1 seconds left.

Markieff Morris grabbed the rebound, dribbled once, threw a pass intended for Anthony Davis near the basket, but the ball sailed out of bounds.

James “had two guys on him. A third defender came and so with three guys on you, he made the right play,” Vogel said. “Danny is one of our best shooters, he had a great look and we live with the results.”

Tyler Herro made two free throws for the Heat with 1.6 seconds remaining. James missed a desperation 3-point shot from 40 feet as time expired.

“I felt two bad calls at the end put Butler to the line ... and that's unfortunate in a game of this magnitude,” Vogel said.

On the call that led to the free throws that gave the Heat the lead for good, “Davis has a perfect verticality, should be a play on,” Vogel said.

On the preceding possession, “Markieff Morris has his hands on the ball, that should be a play on,” Vogel said.

“They were given four free throws and made it an uphill battle for us,” Vogel said. “Very disappointed in that aspect of the game.” 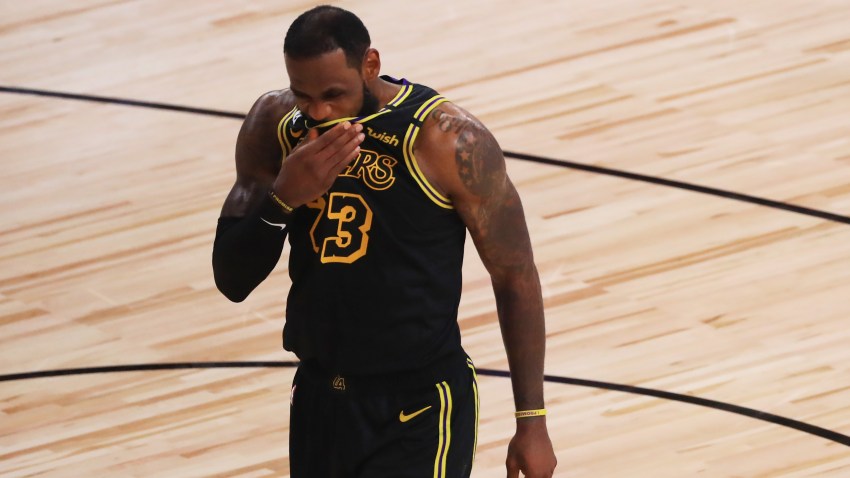 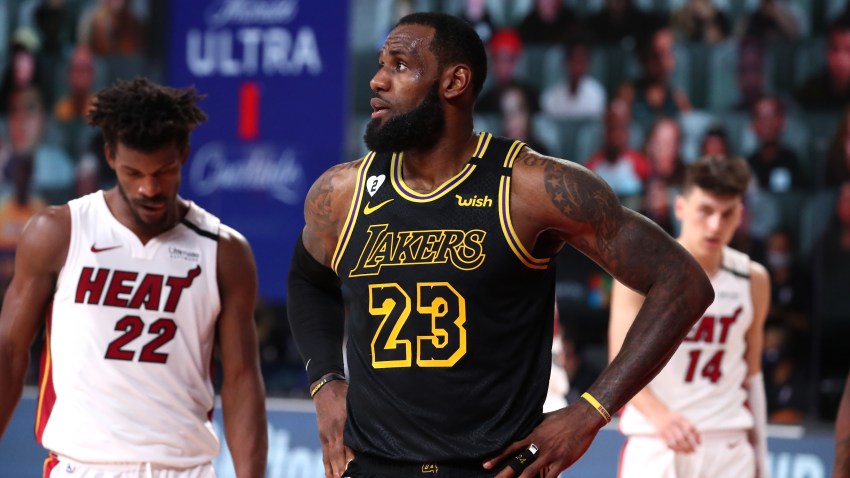 King James Scores 40, but a Lakers Coronation Has to Wait 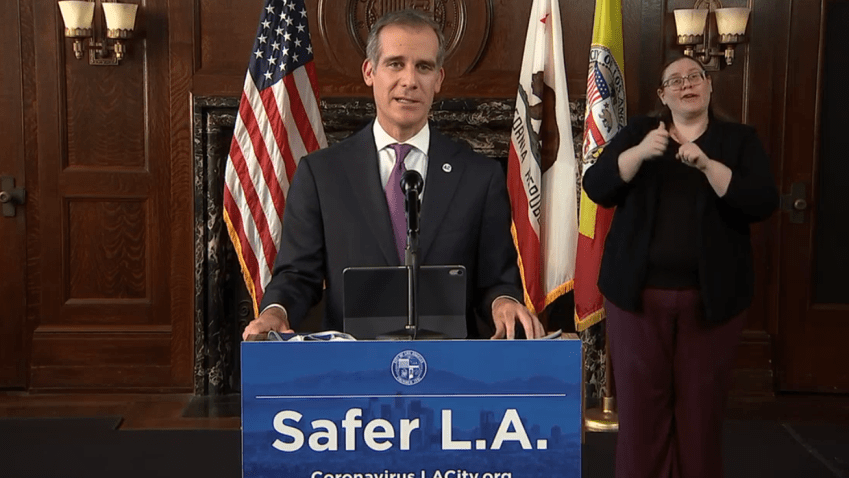 Butler had his second triple-double of the finals with 35 points, 12 rebounds and a game-high 11 assists, playing all but 48 seconds.

“He took us home,'' said Heat guard Duncan Robinson, who added 26 points, making seven 3-point baskets. “He does whatever it takes to win. He hit some shots. He made plays on both sides of the court. He willed it. It's not always pretty, but he always finds a way.”

James had 40 points, a game-high 13 rebounds and a team-high seven assists. Davis added 28 and Kentavious Caldwell-Pope 16.

Green had a game-best plus-12 plus/minus, meaning the Lakers outscored Miami by 12 when he was on the court. James and Davis were the other Lakers to have a positive plus/minus, both at plus-7. Robinson had the Heat's best plus/minus at plus-7.

Both teams made 24 2-point baskets and 14 3-point baskets. The difference was at the free throw line where Miami made 21 of 22 free throws, with Butler going 12-for-12, while the Lakers made 18 of 21, with Davis going eight-for-eight.

Despite the loss, history remains on the Lakers side. Of the 35 previous teams to take 3-1 leads in the finals, only the 2016 Golden State Warriors failed to win the title, losing to the James-led Cleveland Cavaliers.

The loss was the Lakers' first of the 2020 playoffs in their “Black Mamba” uniforms -- designed in part by the franchise's late legend Kobe Bryant -- after four victories, including a 124-114 victory in Game 2 on Oct. 2.

The Lakers had initially planned to wear their purple “statement” uniform for Game 5, but switched to the “Black Mamba” uniform because Friday's game could have been the last of the series.