Proponents say the ban would prevent harm to wildlife, while businesses say alternatives are more expensive

Manhattan Beach, one of the first cities to ban single-use plastic bags, on Tuesday banned the sale and distribution of polystyrene "styrofoam" containers, like to-go cups and boxes.

The ordinance is an attempt to protect the environment and wildlife. Animals often become seriously ill after eating pieces of styrofoam, environmentalists say.

"It breaks down into tiny little bits that look like food to marine life," said Sarah Sikich, science and policy director for Heal the Bay. "The marine life often ingests these plastic particles and that can cause sickness and sometimes death."

While environmentalists are urging the passage of the ordinance, some restaurant owners are afraid it could impact their bottom line. 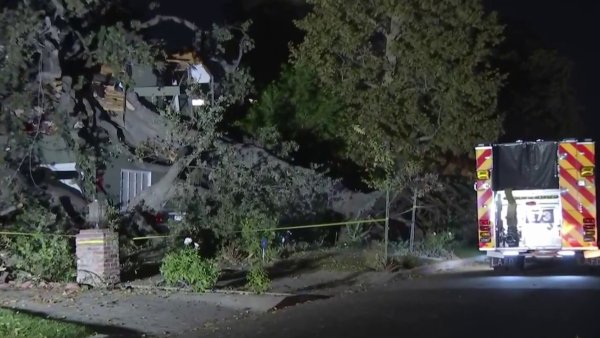 "It's almost like twice as much to have the greenware versus foam containers, but we understand it's something that has to happen eventually," said Tony Russo, district manager for Wahoo's Fish Tacos. "It ends up in the long run, you know as well as I, the cost comes down to the consumer. It's going to be reflected in menu prices all over Manhattan Beach."

"It's the right thing," said Wayne Powell, a city councilman for Manhattan Beach. "Manhattan Beach prides itself as being a green, sustainable city."

Some restaurants have never used polystyrene in the first place.

"I've always tried to stay away from the styrofoam," said Bobby Eskowitz, the owner of Manhattan Pizzeria. "I pay a little extra, but it's worth it to save the environment, I think."

Among the organizations expressing their opposition to the ban is the American Chemistry Council, which late Tuesday issued a statement suggesting a clear recycling and composting standard instead.

"Several independent studies have demonstrated that a ban could have significant negative environmental impacts because alternatives such as coated bleached paperboard and 'compostables' generate significantly more greenhouse gas emissions, use more energy and generate more solid waste," the statement read.

Before it takes effect, the ordinance requires a second reading in September. If there are no objections to the second reading, the ban could be in place in 60 days, according to city officials.