An Army veteran who "rescued" a flag left on the roadside in Omaha, Nebraska last year and vowed to take it to all 50 states is more than halfway to his goal as he spends the Fourth of July in Southern California.

Jake Gridley is marking the 26th state the flag has visited. Gridley was driving through the Midwest late last year when he saw the discarded flag on the side of the road.

Gridley said it wasn't just his military background that compelled him to pick that flag up, he said it was just the right thing to do. 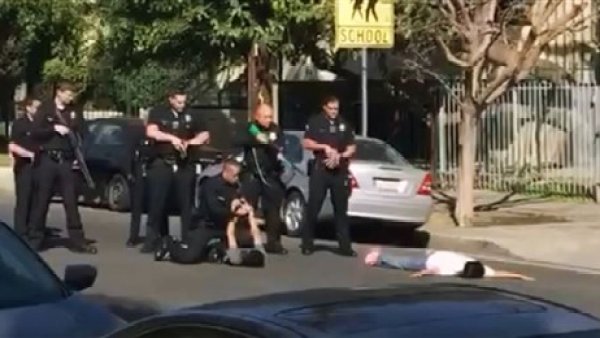 "I wondered, 'What can I do with this flag to honor it and what it means to people?'" he said.

Gridley embarked on a mission, as he called it, to take the flag across all 50 states and to take photos of it with Americans of all walks of life.

"To me it's a sense of pride, with family and everything I've grown up with. It was heartwarming," Gridley said.

He set up a Facebook page, that got more than 100,000 shares. People from across the country are keeping up with its travels.

Gridley received a lot of positive messages through the page, which he said is what kept him going.

"I've had a lot of people welcome me into their home, shaking my hand and telling me how much they appreciate what I'm doing," Gridley said.

He is still trying to come up with a plan to get the flag to Alaska and Hawaii, he said, because being a truck driver, he has to go where his company has orders.

"A lot of it is still in the air, but I want to keep it going, honoring the flag, what it represents," he said.

Gridley says he is also thinking about what will happen to the flag after its journey across the states.

"I thought about maybe encasing it, or retiring it. Or I was thinking is to hand it down to family and keep it going, or giving it to someone who can," he said.