Bundling Up for a View of the Tournament of Roses Parade

Expect clear skies, but cool temperatures, as 2012 draws to a close and crowds gather for Tuesday morning's Tournament of Roses Parade in Pasadena.

Advice for Camping Out | Rose Parade 101

Clouds might blanket some parts of the region early Tuesday, but skies should be clear by the start of the parade at 8 a.m.

"We'll have sunny skies, and we'll be the envy of the nation -- we just won't tell them how cold it is," said NBC4 forecaster Carl Bell. "By Southern California standards, it's cold.

"It's going to take a couple of more days before we can warm up."

Starting at 11 p.m. Monday, visitors can assemble on the so-called "blue honor line" on Colorado Boulevard to ensure a free curbside view of the parade. They will face temperatures in the mid-40s Monday night.

Overnight low temperatures in Pasadena were expected in the low-40s. 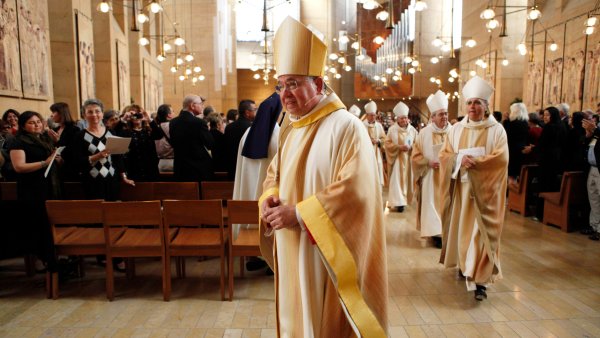 At noon, least one family was in position on Colorado Boulevard with water, food, blankets and jackets.

Uriel Payan and his family have lined up for the parade for 10 years in a row.

"You have to come early, scope out the block," said Payan, of Bakersfield.

Several high school students were waiting along the parade route early Monday. The group, wearing hooded jackets and scarves, gathered at about 4:45 a.m.

"It's ridiculous," one told NBC4. "It's really cold and my hands are falling off."

The parade will begin at 8 a.m. near the intersection of Orange Grove Boulevard and Colorado Boulevard.