Two firefighters remain hospitalized with burns suffered during the battle against a fire that forced 91,000 people in the Irvine area to evacuate.

The Silverado Fire began Monday morning and spread behind a cold wind blast from the desert that raced ferociously through Southern California's mountain passes. Flames quickly spread near Irvine and Lake Forest.

Containment was at 5% Tuesday afternoon.

The fire burned a hillside below Peter Frankudakis' home in Lake Forest. It's about the third fire he's seen in the area since he moved to the community in 1995. That includes the 2007 Santiago Fire, which burned more than a dozen homes and about 28,000 acres.

"But 2007 was probably the worst -- it came right up to the fence line," Frankudakis said.

His family evacuated during that fire, returning the next day to find their home still standing.

"Thankfully, we have such amazing firefighters in California," Frankudakis said.

OCFA Chief Brian Fennessy said early Tuesday that no structures have been destroyed in the Silverado Fire.

The strongest winds Tuesday were expected during the morning. Gusts will diminish into the evening, providing some respite from this week's red flag conditions as firefighters try to increase containment lines.

About 91,000 residents have been evacuated. A homeowner in Lake Forest said the wind appeared to be shifting flames away from his neighborhood Tuesday morning.

“I’m in a pretty safe zone,” he said. “This burned about seven years ago, so the fuel is probably a little bit lower than it was back then. We had a lot of embers drop on the house back then.” 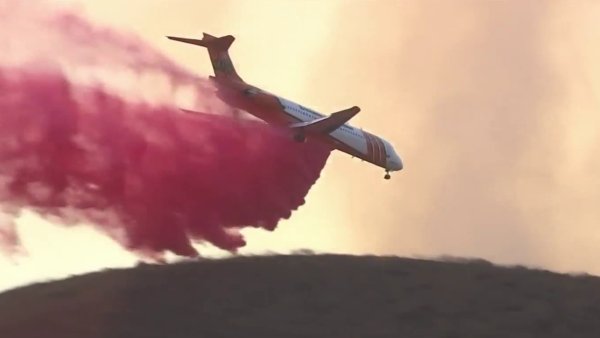 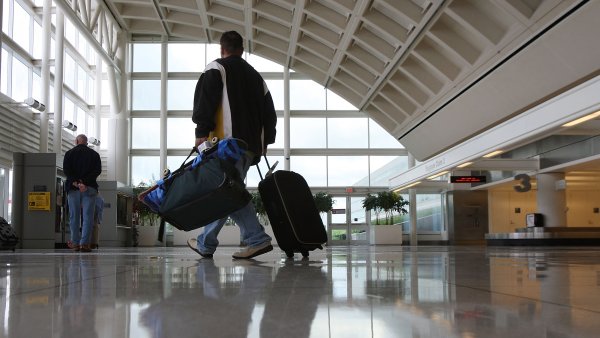 “We have no indication of any circuit activity prior to the report time of the fire, nor downed overhead primary conductors in the origin area,'' SCE said in the letter. ``However, it appears that a lashing wire that was attached to an underbuilt telecommunication line may have contacted SCE's overhead primary conductor which may have resulted in the ignition of the fire.''

The Silverado Fire started at about 7 a.m. Monday in the area of Santiago Canyon and Silverado Canyon roads. No structures have burned.

High winds compromised the aerial firefighting effort. All aircraft we’re grounded by mid-morning due to gusts, which rendered water drops ineffective while also making flying treacherous for pilots. Winds of 20 mph-40 mph were reported, with gusts up to 60 mph.

"Unfortunately, the winds are going to be an issue again," said NBC4 forecaster Belen De Leon. "Fire danger is still an issue today."

Red flag fire conditions are expected through Tuesday. Morning gusts were clocked at about 60 mph.

“This is a tough fire,'' Fennessy said. ``We're experiencing very high winds, very low humidity... Any time winds are that bad you can't fly, and that certainly has an impact on both hand crews and bulldozers and firefighters at the end of those hose lines.”

Irvine opened eight facilities to shelter evacuated residents and several quickly filled up. City officials were working with the American Red Cross to provide overnight shelter for residents with no place to go.

Schools in the area were also evacuated, Davies said.

The city's animal shelter was open to house pets.

Evacuation center were located at the following sites.

All schools in the Irvine and Tustin Unified school districts will be closed Tuesday, including distance learning classes in Tustin Unified.

Irvine schools were to remain closed for Wednesday.

Aerial footage from the scene showed fire crews dousing flames that appeared to have destroyed a commercial structure near the 241 toll road.

The southbound Riverside (91) Freeway to the Foothill Transportation Corridor (241) toll road was closed and the northbound 241 was closed at Portola.

The Riverside (91) Freeway was also closed in the area north of the 241 Freeway.