Durst is charged with the December 2000 shooting death of his longtime friend, Susan Berman, at her home in the Benedict Canyon area of Los Angeles.

A Los Angeles judge Monday denied a defense motion for a mistrial in the case of Robert Durst, a New York real estate scion charged with murder for a longtime friend's killing in Benedict Canyon just before Christmas Eve 2000, ruling that evidence the defense sought to exclude can be admitted.

Durst's defense team argued that the case against their client is circumstantial and that evidence that he dismembered the body of his Texas neighbor -- in a separate case in which he was acquitted -- would inflame the jury and should not be allowed at trial.

"There's no similarities between what happened in Galveston and what happened with Ms. Berman,'' defense attorney David Chesnoff told the court. "To suggest that the graphic dismemberment photos from Galveston are in any way connected to the homicide that Mr. Durst is on trial for ... borders on absurd ... and he was acquitted.'' 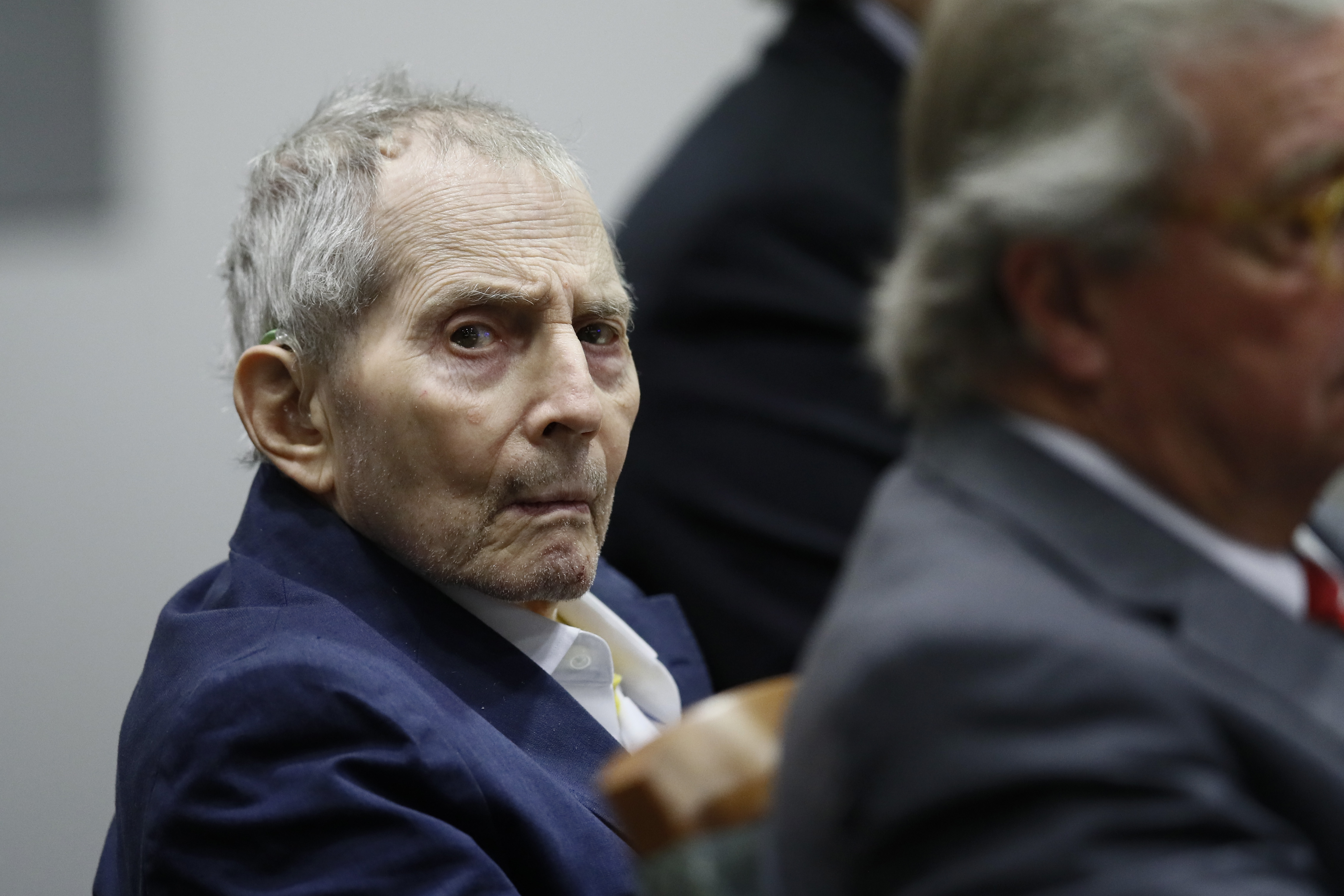 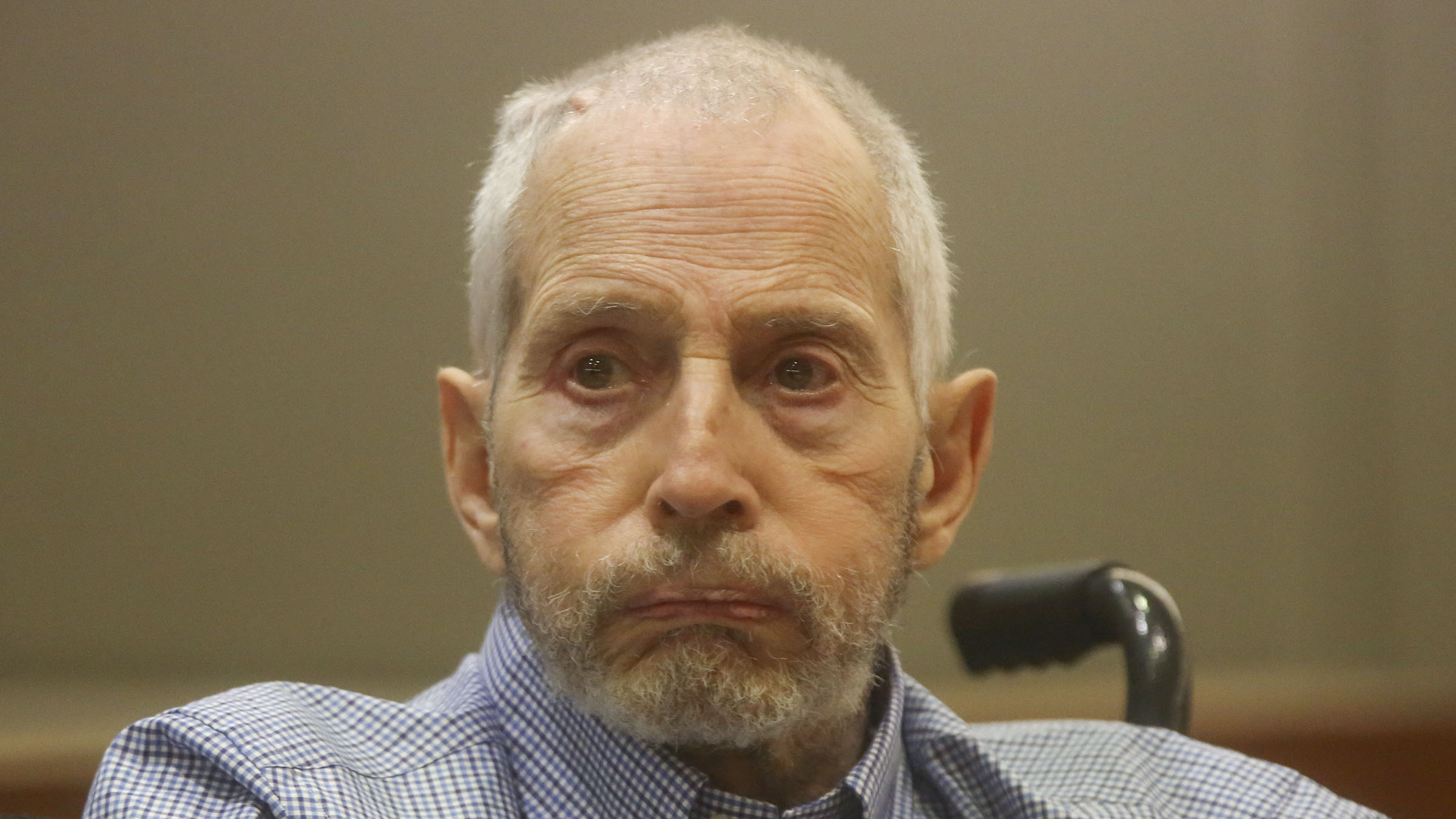 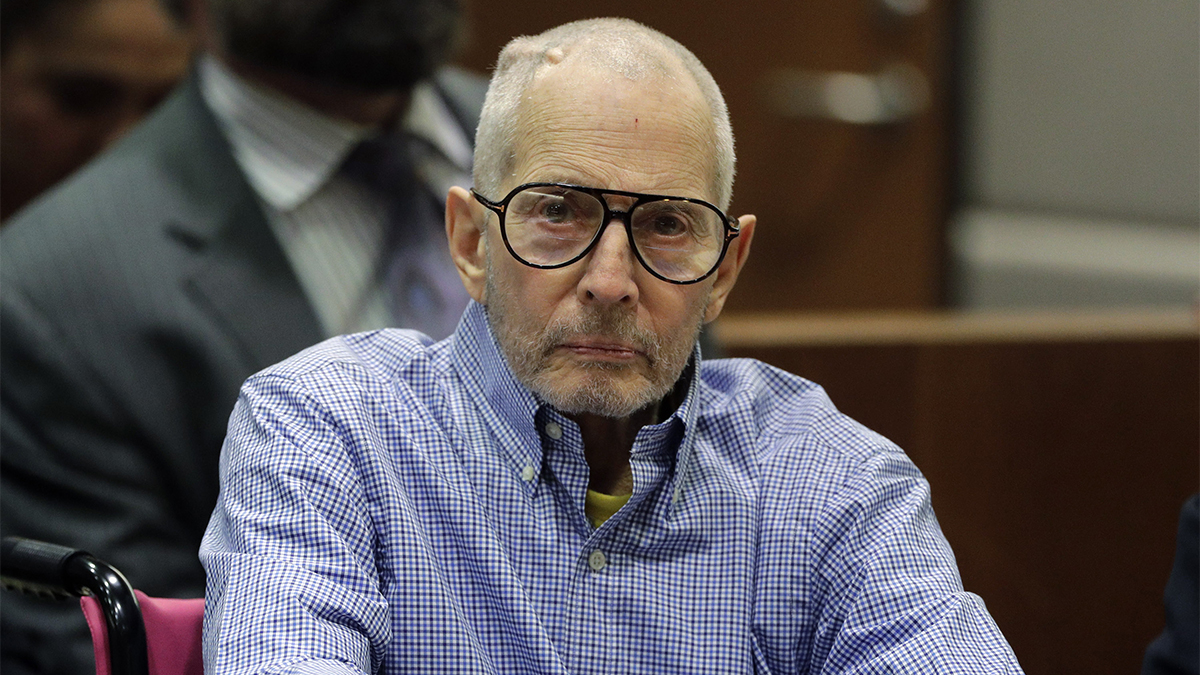 Durst is charged with the December 2000 shooting death of his longtime friend, Susan Berman, at her home in the Benedict Canyon area of Los Angeles.

In opening statements last year, Deputy District Attorney John Lewin alleged that Durst killed Berman after she told him she was going to talk to investigators looking into the still-unsolved 1982 disappearance of his first wife, Kathie.

Durst was acquitted of murder in Texas after testifying that he killed his neighbor, Morris Black, in self-defense in September 2001. Los Angeles County prosecutors allege that Durst was in Galveston, Texas, while posing as a mute woman after authorities launched a new investigation into what had happened to Kathie Durst.

Los Angeles Superior Court Judge Mark Windham said Monday that evidence of Black's dismemberment and Kathie's disappearance could be introduced at trial to support a special circumstance allegation that Berman was killed because she was a witness, rather than to prove Berman's murder.

The judge said the prosecution could also use that evidence from Galveston to rebut the claim that Durst's wife had merely disappeared rather than been killed.

"It's true that this is gory stuff, but it is relevant to prove multiple points in this case,'' the judge said in his ruling, which came on the defendant's 78th birthday.

Though jurors in Texas found reasonable doubt as to Black's murder and Durst cannot be retried for that crime, Windham said a new jury panel might now look upon that evidence differently in the light of additional facts.

Defense attorneys said it was unfair to use their client's admission of the dismemberment and then Chesnoff asked the judge if he would at least exclude grisly photos of the body.

"All it does is inflame,'' Chesnoff said. "They can show that he moved the body without showing a chopped-up gizzard.''

Deputy District Attorney Habib Balian countered that the dismemberment showed "the lengths he (Durst) would go to, to not get caught.''

The judge did not agree to limit the use of the photos.

In response to a separate motion by the prosecution, the judge tentatively ruled against prosecutors, saying that Durst's brother Donald could not testify about allegations that the defendant had stolen funds from the family or family business. Windham called the connection to Berman's murder "remote.''

The case had been on hold since mid-March 2020 as a result of the coronavirus pandemic. The next pretrial and trial readiness hearing was set for May 13, with the judge saying he thought it was unlikely that the trial would resume as scheduled on May 17.

In his 2020 opening statement, the defendant's lead attorney, Dick DeGuerin, told jurors that Durst panicked after finding Berman's body in her home while coming to visit her for the holidays. Durst wrote an anonymous "cadaver note'' that was subsequently mailed to Beverly Hills police so her body would be found, according to DeGuerin, who said Durst would testify in his own defense.

Durst was profiled in a six-part HBO television series "The Jinx: The Life and Deaths of Robert Durst,'' in which the defendant was later recorded saying "There it is, you're caught'' and "killed them all, of course.''

Durst has been behind bars since March 14, 2015, when he was taken into custody in a New Orleans hotel room hours before the airing of the final episode of the HBO series, which examined Kathie's disappearance and the killings of Berman and Black.

Durst has been long estranged from his real estate-rich family, which is known for ownership of a series of New York City skyscrapers -- including an investment in the World Trade Center. He split with the family when his younger brother was placed in charge of the family business, leading to a drawn-out legal battle.

According to various media reports, Durst ultimately reached a settlement under which the family paid him $60 million to $65 million.