A man driving a possibly stolen pickup truck led authorities on a chase from the Huntington Park area to Boyle Heights, where the suspect took a surprise detour into a Metro Gold Line subway tunnel.

The driver, identified as 27-year-old Los Angeles resident Rafael Lopez, was taken into custody shortly after 11 p.m., but authorities were still looking for a second suspect as of early Wednesday afternoon. Authorities surrounded the Mariachi Plaza area late Tuesday night where the driver was believed to have left the truck near the underground station.

Lopez was found hiding in the tunnel, police said. 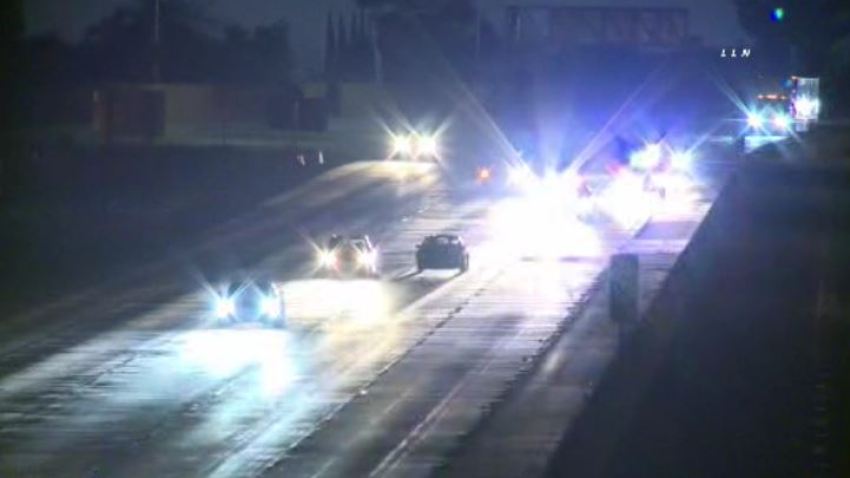 The chase began about 9:50 p.m. in the Huntington Park area. During the chase, the driver T-boned a taxi and traveled on the sidewalk in addition to the train tracks.

It wasn't immediately clear if anyone suffered serious injuries in the crash.

The suspect drove into the Gold Line tunnel in the area of First and Lorena streets. Metro Rail service was stopped in the area and buses have replaced trains between the Pico/Aliso and Indiana stations due to the suspect search, said Metro's Jose Ubaldo.