Truck With 8K Gallons of Oil Explodes Off SoCal Freeway

A tanker truck carrying 8,000 gallons of crude oil crashed on Sunday, exploding into flames that swept through a neighborhood, left the driver with life-threatening injuries and shut a Southern California freeway.

Neighbors caught the drama on video showing walls of flames burning in gutters and streets of a neighborhood in Commerce.

The fire prompted the evacuations of homes in the 1400 block of South Sydney Drive close to where the 9:30 a.m. crash closed the Long Beach (710) Freeway at Washington Boulevard. 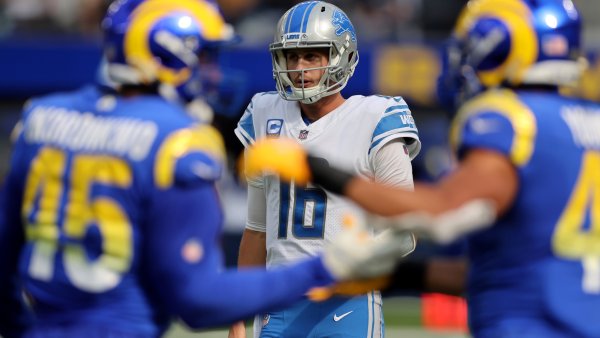 The truck driver managed to escape, but was hospitalized in critical condition, officials said. A second person was taken to a hospital with less severe injuries.

Officials were testing the air and water in the area to determine the extent of any environmental damage.

Aerial footage showed the burned carcass of a big rig hanging off the overpass and onto train tracks below the freeway.

An oil slick spanned two lanes of the freeway.