The tow truck driver involved in a deadly crash that killed a Metro bus driver Wednesday lacked both a valid commercial drivers’ license and an operating permit, an NBC4 I-Team investigation has found.

There are a slew of illegal tow truck companies operating in Southern California, and the company involved in the fatal collision near Fifth Street and Broadway appears to be one of those so-called “bandit” companies.

The driver of a flatbed tow truck that sped through a red light in Downtown Los Angeles at up to 60 mph in a 30 mph zone did not have a proper commercial driver’s license, but he does have a checkered past, which includes a history of speeding and run-ins with police. 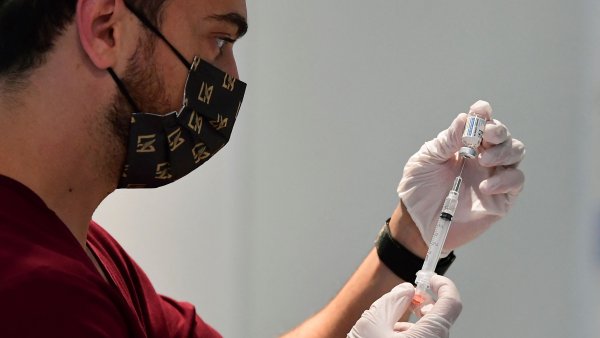 Yousef Adhami, 43, of Gardena, appears to own the tow truck company whose truck he was driving Wednesday morning. The California Department of Motor Vehicles told NBC4 that Adhami’s Hermosa Beach Towing does not have a Motor Carrier Permit to legally operate in the state.

To obtain a permit, tow truck company’s drivers must pass background checks and have a valid commercial driver’s license. Adhami’s regular Class C driver's license has been suspended four times since 2009, for various reasons, according to California DMV records.

In 2008, Adhami led police on a high-speed chase while living in Ohio, driving 69 mph in a 35 mph zone, records show. Officers finally cornered Adhami in a cornfield, where he falsely claimed to have a bomb strapped to his body.

In that case, Adhami pleaded guilty to fleeing from police and making terroristic threats.

Adhami was behind the wheel Wednesday when his tow truck ran a red light and crashed into a Metro bus, setting off a violent chain of events, caught on surveillance cameras posted at nearby businesses.

The bus sheared off a fire hydrant, sending a geyser of water into the air and flooding the intersection at Fifth Street and Broadway. The flatbed tow truck slammed through the front entrance of a convenience store.

Bus driver Olivia Gamboa, 47, of Montebello, was the only person on the bus at the time of the crash. She was found “face-down in water” that gushed from the hydrant and died at the hospital.

Police said Adhami may have been traveling up to 60 mph in a 30 mph zone as he barreled through the intersection. He was listed in critical condition Wednesday night.

Correction: A previous version of this article indicated Adhami lacked a valid driver's license. He does not have the proper driver's license required to operate a commercial vehicle, according to the California DMV.