A rare close-up mountain lion encounter was caught on camera on a Southern California wilderness trail.

Tense moments during a face-to-face mountain lion encounter were caught on camera on a Southern California hiking trail.

Mark Girardeau, who monitors wildlife cameras in the area, was hiking Friday afternoon with a companion in Orange County when he noticed a flash of brown that turned out to be a mountain lion running up a hill toward them. They found themselves about 10 feet from the big cat, which stopped and stared at the hikers.

The mountain lion can be seen on video, eyes firmly locked on them through bushes and branches.

The encounter lasted about two minutes, Girardeau said. During the standoff, Girardeau can be heard shouting, "Get back," several times at the mountain lion as the pair held their ground and then began backing away slowly — safety strategies recommended by wildlife officials.

“Either she has a kill nearby and she was defending it or she ran up at his not realizing we were humans since she couldn’t completely see us from down below,” Girardeau said in an Instagram post. “There were deer in the area that we saw so she probably assumed it was them. Mountain lions do not seek humans out to feed on and this is why it’s good to hold your ground because any prey item for mountain lions runs away.

The big cat eventually backed down.

Girardeau told NBCLA he is frequently checking trail and wildlife cameras at several locations, but has only seen two mountain lions before -- both from a much greater distance. Friday's close encounter was a first.

“This is the mountain lion’s home, we are simply visitors in it,” Girardeau added in his Instagram post.

More than half of California is considered mountain lion habitat. They generally are found wherever they can find deer, one of their primary food sources. 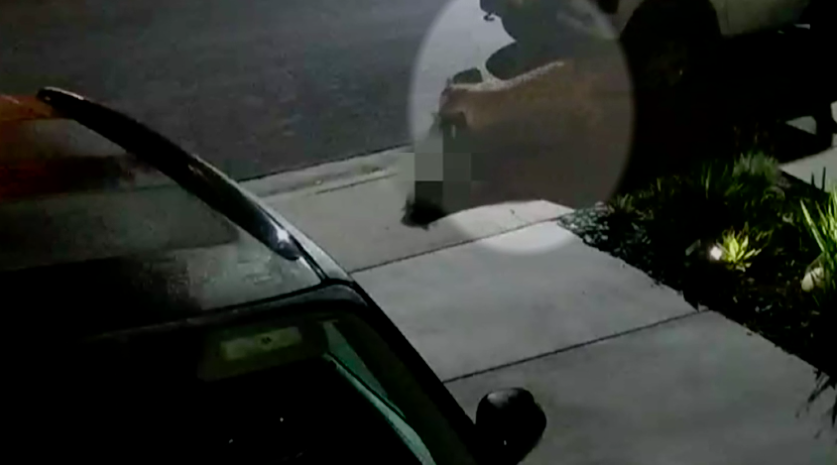