A missing 13-year-old girl who lives in Van Nuys has been found, but police continue to search for a male transient who apparently still has the family's SUV.

Maria Roman was found about 8:20 a.m. at a friend's house after being reported missing hours earlier. But the man she was last seen with, a transient named Michael Stewart, remains missing.

According to police, Maria and her family befriended Stewart. On Saturday, the girl left with Stewart in the family's 1998 Nissan red Pathfinder, California License plate 8CHH187. 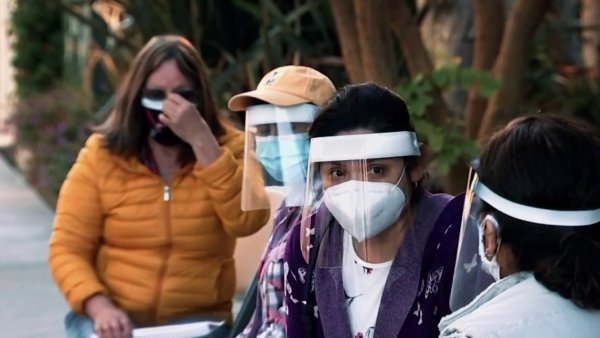 Stewart is Hispanic. He stands 5 feet 7 inches tall and weighs about 180 pounds. He has brown hair and brown eyes. He last was seen wearing a black shirt, gray pants and black and white shoes. He said to be 45 to 50 years old.