Up to 200 Ukrainian soldiers are dying every day in the war with Russia, and only more and more advanced Western weaponry will reduce the casualties, turn back the Russian offensive and force Moscow to the negotiating table, an adviser to Ukraine’s president said.

Mykhailo Podolyak told the BBC in an interview that aired Thursday the daily loss of between 100 and 200 Ukrainian fighters resulted from a “complete lack of parity" between Ukraine and Russia, which has “thrown pretty much everything non-nuclear" at the war's front in eastern Ukraine.

Ukrainian President Volodymyr Zelenskyy last week put his country's daily combat death toll at up to 100, but Podolyak said it had grown. Ukrainian officials have pointed at the mounting losses to emphasize their urgent requests for more Western weapons, which have been critical to the country’s unexpected success in holding off Russia's larger and better-equipped forces.

After a bungled attempt to overrun Kyiv, Ukraine's capital, in the early days of the war, Russia shifted its focus to an eastern region of coal mines and factories known as the Donbas. But its progress there has been plodding.

Podolyak said the delivery of state-of-the-art artillery systems would not only diminish Ukrainian casualties, it would help its the nation's forces reclaim seized territory. The Ukrainian government also is seeking more multiple-rocket launchers. 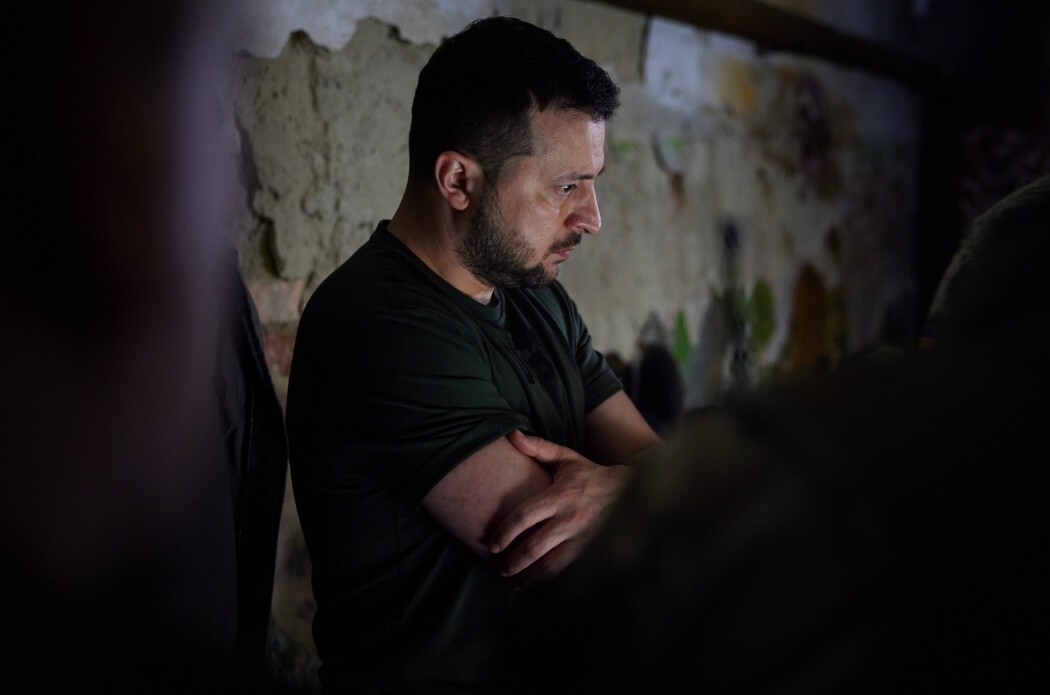 Ukraine Fears a Long War Might Cause West to Lose Interest 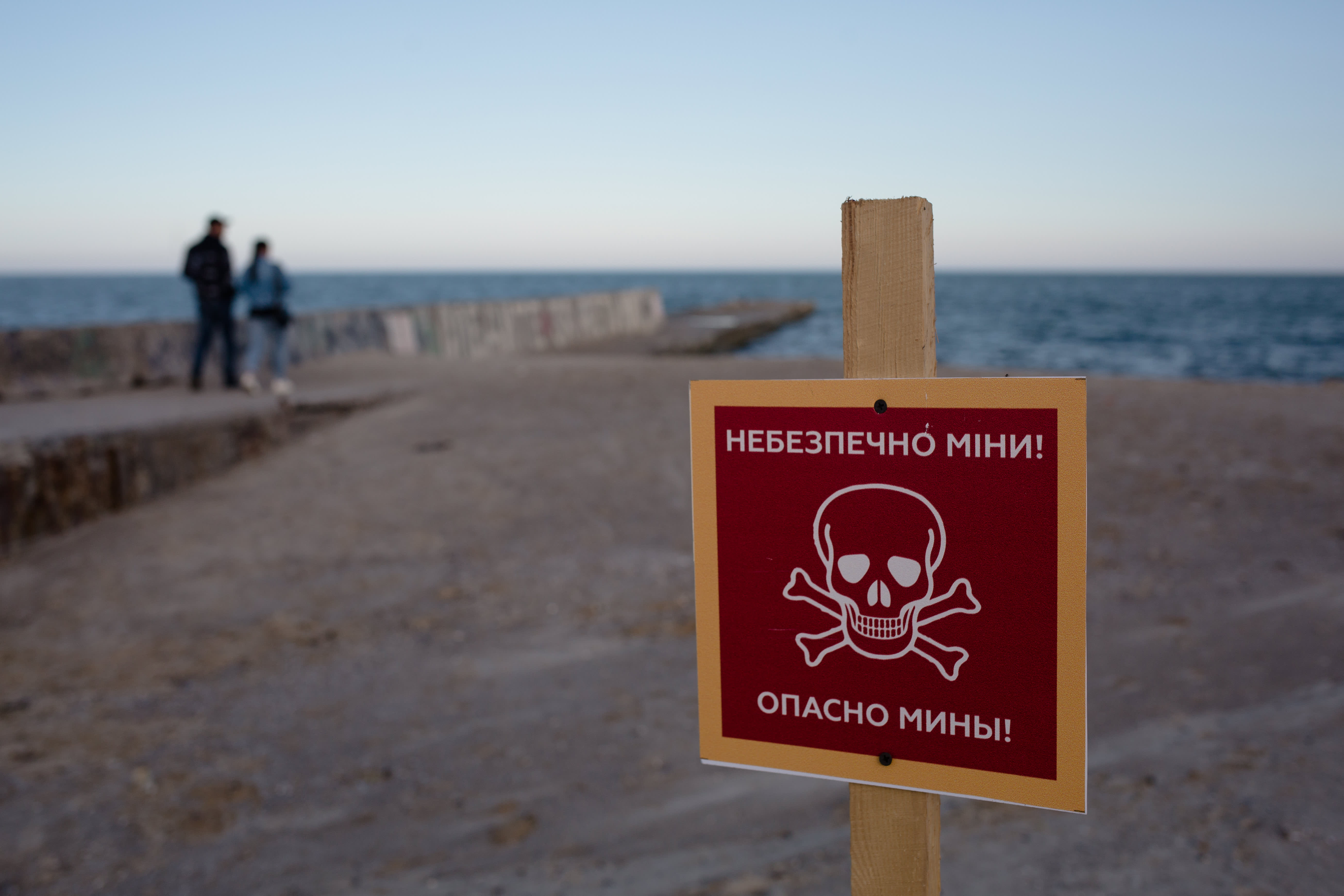 “There’s something really important...that our partners need to understand, and that’s until Russia suffers a serious military defeat, no form of dialogue will be possible, and they will continue to be able to try and take parts of our country,” he said.

Podolyak also addressed Western fears that Ukraine's forces would use Western-supplied rocket launchers to strike targets inside Russia and potentially escalate the conflict to a wider conflagration: “It won't happen," he said.

Fighting in the Donbas has ground on for more than two months, and the slog continued Friday. A provincial governor said Russian and Ukrainian forces battled "for every house and every street” in Sievierodonetsk, a city that recently has been under steady attack.

Sievierodonetsk is in the last pocket of Luhansk province that has not yet been claimed by Russia or Moscow-backed separatists.

Luhansk Gov. Serhiy Haidai told The Associated Press that Ukrainian forces retain control of the industrial zone on the edge of the city and some other sections amid the painstaking block-by-block fighting.

An envoy for the Luhansk People’s Republic, a self-proclaimed separatist territory, reported Friday that some Ukrainian troops were trapped inside a chemical plant on the city's outskirts.

“All escape routes have been cut off,” Rodion Miroshnik, Moscow ambassador for the unrecognized republic, wrote on social media.

“They are being told that no conditions will be accepted. Only the laying down of arms and surrender,” he said.

Miroshnik echoed earlier claims by a Russian defense official that civilians remained on the plant's grounds. But he stopped short of reiterating allegations that Ukrainian forces were barring them from leaving.

As of Friday afternoon, there was no response from the Ukrainian side.

Countries that relied on Ukraine for crops like wheat and beets are seeing shortages after months of war. Egypt and other nations on the African continent are going to see food costs "skyrocket" as a result. Donor nations should step up to provide relief, says Lester Munson, principal international and trade consultant at BGR Group.

Britain Calls Trial of its Citizens a ‘Sham’

The British government said Russia must take responsibility for the “sham trial” of two Britons and a Moroccan who were sentenced to death for fighting against Russian forces in Ukraine.

Britons Aiden Aslin and Shaun Pinner and Moroccan Brahim Saadoun were convicted by a court run by pro-Moscow separatist authorities in the self-proclaimed Donetsk People’s Republic, which is not recognized internationally.

Separatist authorities argued that the men were “mercenaries” not entitled to the usual protections accorded prisoners of war.

Aslin’s and Pinner’s families have said the two men were long-serving members of the Ukrainian military. Saadoun’s father told a Moroccan online newspaper that his son is not a mercenary and holds Ukrainian citizenship.

British government minister Robin Walker said Friday that it was “an illegal court in a sham government” but that the U.K. would use “all diplomatic channels to make the case that these are prisoners of war who should be treated accordingly.”

British Foreign Secretary Liz Truss is due to speak to her Ukrainian counterpart, Dmytro Kuleba, later Friday about the case. The U.K. has not announced any plans to speak to Russian officials. It does not recognize the self-proclaimed Donetsk republic and will not officially contact the authorities there.

Russian Foreign Ministry spokeswoman Maria Zakharova said the ministry has so far not received any specific appeals about the men from Britain and as such, “we can make an unambiguous conclusion that until now the fate of these citizens was not of interest to London.”

Follow AP’s coverage of the Ukraine war at https://apnews.com/hub/russia-ukraine