Boy Bullied at Miramonte Had to Have Testicle Removed: Lawsuit

The boy's mother said his pants were pulled down by another male student and "his testicles were squished."

A new lawsuit claims a special needs child was bullied so brutally by other children at scandal-plagued Miramonte Elementary School that he had to have one of his testicles removed, the boy's mother said Monday.

The lawsuit comes a week after the principal at Miramonte described progress on campus since the child abuse allegations of 2012, the same year the boy's mother said his abuse started.

Josefina Corona said her son, an 8-year-old special needs student at the time, was sexually bullied inside Miramonte and that no one would listen to his cries for help.

She said the bullying lasted from April 2012 until June 2013, when she finally pulled her son from the school. 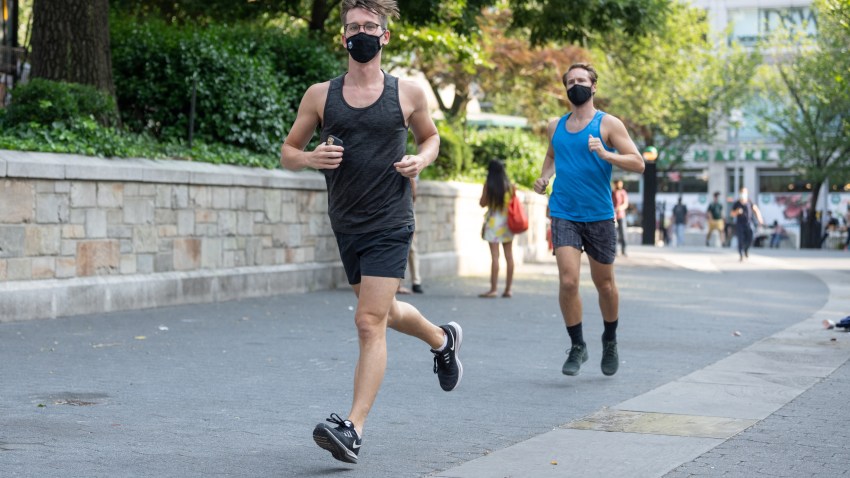 In April 2012, Los Angeles Unified School District had pulled all teachers and staff from the school and replaced them with temporary staff following the community outrage on the arrests of former teachers Mark Berndt and Martin Springer, both for lewd acts against children.

Berndt since pleaded no contest and is serving a 25-year sentence in prison after photos surfaced allegedly showing him feeding his own semen to elementary school students. Springer's criminal case was dropped by the LA District Attorney.

Corona said she noticed a stark difference in her son when the bullying started.

"He would constantly get slapped, kicked," she says, "And nobody would do nothing about the situation."

She said he would often seek refuge in the school's bathroom until he couldn't do that any longer either.

"He was sexually assaulted in the bathroom inside the school," Corona said.

In a lawsuit filed against LAUSD in May and amended in July, Corona said her son, a special needs student at Miramonte was physically and verbally bullied by other students on a routine basis. In one incident, she said, her son was physically molested inside the boy's restroom by another student.

In another incident, she said his pants were pulled down by another male student and "his testicles were squished." In June 2013, Corona said a urologist at Childrens' Hospital LA had to remove one of the boy's testicles.

"It went to the extreme, and kept getting swollen and wouldn't improve," Corona said.

Additionally, the lawsuit claims a school security officer harassed her son when he hid in the bathroom.

"He went into the restroom, got on top of the toilet, pulled him out, bruised him, took pictures of him," she said.

Miramonte Principal Martha Contreras spoke with NBC4 last week but did not mention the lawsuit.

"We have great things going on here at Miramonte," Contreras said, adding that all allegations are taken seriously. She touted an "open door policy" with parents.

Corona said the principal's door was always closed for her son and she worries about other students still at Miramonte.

"Kids are still getting hurt in there," she said. "And the district is closing their eyes or shutting the door."

LAUSD responded to NBC4's inquiry and offered a statement from Sean Rossall, a spokesperson for the District's Office of General Counsel and outside attorneys representing the school district, regarding the lawsuit:

"The Los Angeles Unified School district is nationally recognized for our efforts in developing comprehensive policies and resources to prevent and address bullying. Our policy is clear we are '…committed to providing a safe and civil learning and working environment. The District takes a strong position against bullying, hazing, or any behavior that infringes on the safety or well-being of students…' We work hard to educate our students about the impacts of bullying and to investigate all reported cases of this behavior. While we can’t discuss the specifics of this pending litigation, our caring educators work hard everyday to prevent bullying and support safe and respectful school environments."

Michael Gulden, the attorney representing Corona, said what the LAUSD claims and what the district does are two different things.

"That's a great policy 'statement' but there's been no action on their part to conform their actions to that stated policy," he said. "Hopefully this new lawsuit that's come to light will force the district to take actions internally and correct the issues that have not been addressed."

Corona said the school tried to make her son appear "crazy" and seek psychological help, a move she cites as a way to push the blame off administrators for not putting a stop to the bullying.

"What do I have to wait for?" Corona asked. "For him to actually get raped in order for the district to hear me or the school to hear me?"

By law, when a claim is filed against a public entity like LAUSD, the respondent has 45 days to respond before the lawsuit is officially filed, of which LAUSD has two weeks remaining.

In an email, a spokesman for the district said: "We are certain that the facts will be evident during the course of this matter."