The latest news on the 2020 presidential election
coronavirus

Biden and Sanders have both canceled public events ahead of next Tuesday's primaries, yielding to public health officers and elected officials who are discouraging large campaign rallies

Joe Biden blasted President Donald Trump's response to the coronavirus outbreak on Thursday and outlined how he would combat the threat differently by relying more heavily on global alliances and listening more closely to the recommendations of scientists.

“This administration has left us woefully unprepared for the exact crisis we now face,” Biden said in an 18-minute speech from his hometown of Wilmington, Delaware.

The coronavirus has upended the presidential campaign at a crucial moment. Just as Biden is beginning to pull away with the delegates needed to win the Democratic nomination, in-person campaign activities are virtually ground to a halt. And many Americans who would otherwise be tuned into politics are instead preparing for what might happen if they become infected or asked to remain home for weeks at a time.

Democratic candidate for president, Bernie Sanders discusses the coronavirus pandemic and the need to come together and listen to the experts, not the politicians.

As financial markets spiraled, Biden sought to look past the turbulent Democratic primary and portray himself as a soothing counter to the chaos of the Trump era. Standing before a bank of American flags, he mixed indictments of Trump with his own policy proposals and the kind of national cheerleading and encouragement that he sees as critical aspects of the presidency.

“No president can promise to prevent future outbreaks, but I can promise you this: When I’m president we will be better prepared, respond better and recover better,” Biden declared. “We will lead with science, listen to the experts, will heed their advice. We’ll build American leadership and rebuild it to rally the world to meet the global threats that we are likely to face again.”

Biden touted “the ingenuity of our scientists and the resourcefulness of our people,” and he hailed the nation’s “decency” and “spirit.” But he coldly exempted Trump from such praise: “I’ll always tell you the truth,” Biden said. “This is the responsibility of a president. That’s what is owed the American people." 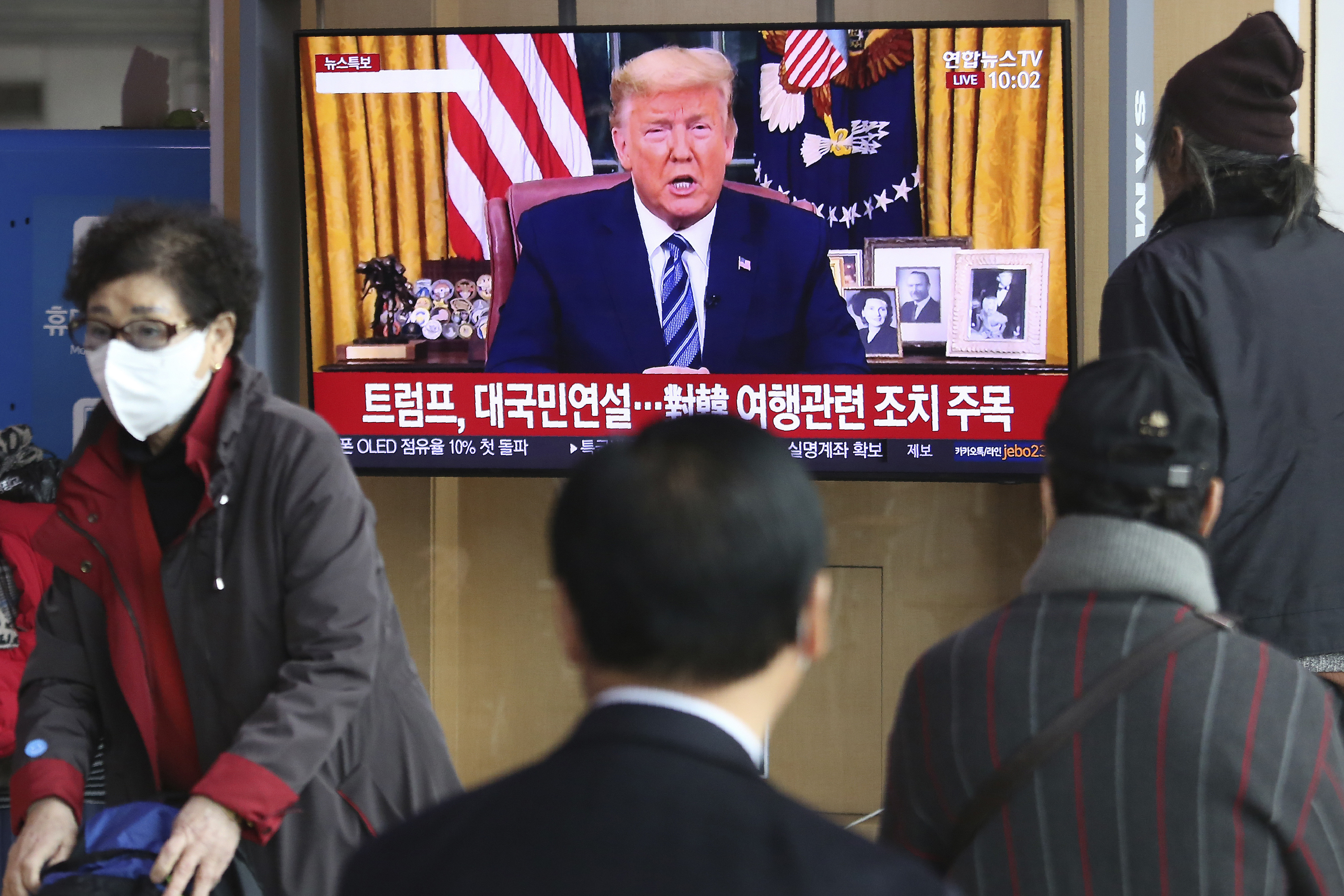 Fact Check: Trump Is Wrong About Insurers and Coronavirus 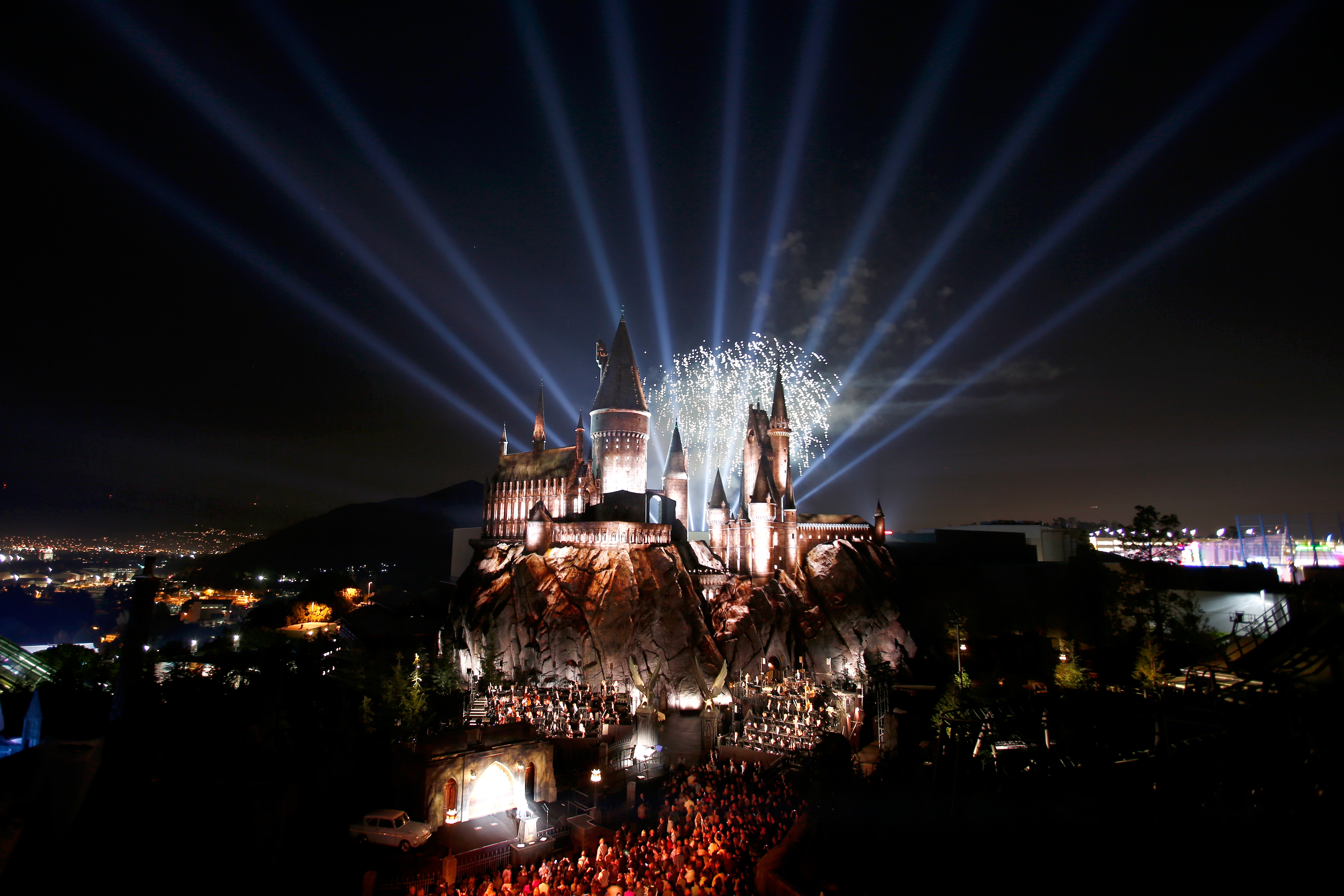 Universal Studios in Hollywood and Orlando to Close Over Coronavirus Fears

“If there ever was a time in the modern history of our country when we were all in this together this is the moment,” Sanders said in Burlington, Vermont, where he said the current White House was characterized by “incompetence and recklessness” that threatens “the lives of many, many people."

Sanders led voting in the first three nominating contests, only to watch Biden score a blowout in South Carolina that has carried over to more than a dozen primaries in March.

Both Democratic candidates used their remarks to recommend specific policies. Sanders, nodding to his signature demand for universal healthcare, pressed the need for all affected Americans to have access to the care they need, and he called for Trump to declare a national emergency. Biden paired his speech with the release of a litany of proposals and promises, including a call for Congress enact paid medical leave that are a staple of labor law in other major western economies.

Canadian Prime Minister Justin Trudeau and his wife, Sophie Grégoire Trudeau, announced on Thursday that they are imposing self-isolation as Sophie Grégoire tested positive for COVID-19.

Yet it was the former vice president who most conspicuously postured as an almost shadow president, willingly assuming the unofficial mantle of Democratic Party leader as he not-so-subtly emphasized on of his fundamental arguments: that he’d be ready on Inauguration Day for whatever challenges make their way to the Oval Office.

“He needs to be out there reinforcing his main message of stability and trust,” said Miller, who worked for Trump rival Jeb Bush in 2016. “He’s got to have a presence and use this as a leadership opportunity.”

In some ways, the dynamics recall the financial crisis that mushroomed late in the summer of 2008. The meltdown further damaged outgoing President George W. Bush and his Republican Party, dealing GOP nominee John McCain a new setback and granting a wider opening for Democratic nominee Barack Obama and his running mate, Biden. But that unfolded weeks before the election — Biden must keep making his case for nearly eight months.

Separate from his coronavirus speech, Biden is making other tactical moves toward a general election. He and Sanders have canceled upcoming rallies amid the coronavirus outbreak, but Biden has launched plans for virtual town halls that could become a staple of his campaign going forward.

He announced on Thursday a leadership shuffle atop his campaign, hiring longtime Democratic operative Jen O’Malley Dillon as campaign manager. The former campaign aide to President Barack Obama and Hillary Clinton quietly joined the campaign as an adviser ahead of the critical Nevada caucuses, where Biden’s second place finish to Sanders, even though distant, was the first step of his resurgence.

O’Malley Dillon and other top brass at Biden’s Philadelphia headquarters have been busy interviewing former staffers to Biden’s vanquished primary rivals as they build out a campaign staff befitting a would-be nominee – something they’d been unable to do because of Biden’s lackluster fundraising throughout the first ten months of his campaign. And on Thursday, Biden’s campaign formally requested Secret Service protection, a decision rooted in security concerns but also a symbolic step for serious contenders.

Yet amid the clear pivot, Biden and his aides have signaled their awareness of a potential roadblock in a general election campaign: Sanders’ supporters. The Vermont senator has said in many forums, and again after Biden’s wins on Tuesday, that he’ll back the nominee and work to defeat Trump regardless of his own fortunes. But four years ago, after another bitter primary fight against the Democratic establishment, many of Sanders’ supporters did not willingly follow his lead in backing Clinton.

Biden, in his post-primary remarks on Tuesday, praised Sanders and touted his own agenda as “progressive” and “bold” in a seeming plea to his party's left flank. On Thursday, with a broadened audience, he steered clear of those primary dynamics altogether.

The Republican president, meanwhile, after having spent a heady few weeks gearing up to face Sanders, appeared ready Thursday to accept a challenge from Biden. “One of the reasons I ran for president was because of Joe and the job they did,” Trump said at the White House, referring to Biden's time as Obama's vice president. “It's maybe the way it should be.”

Barrow reported from Atlanta. Associated Press writers Aamer Madhani and Will Weissert in Washington contributed to this report.