Negotiations with partner countries will revolve around four pillars, or topics, with the work split between the U.S. trade representative and the Commerce Department

President Joe Biden faced a dilemma on trade in Asia: He couldn't just rejoin the Trans-Pacific Partnership that his predecessor had pulled the U.S. out of in 2017. Many related trade deals, regardless of their content, had become politically toxic for U.S. voters, who associated them with job losses.

So Biden came up with a replacement. During Biden's visit to Tokyo, the U.S. on Monday announced the countries that are joining the new Indo-Pacific Economic Framework. In the tradition of trade deals, it's best known by its initials: IPEF. (Pronounced EYE-pef.)

Which Countries Have Joined IPEF? 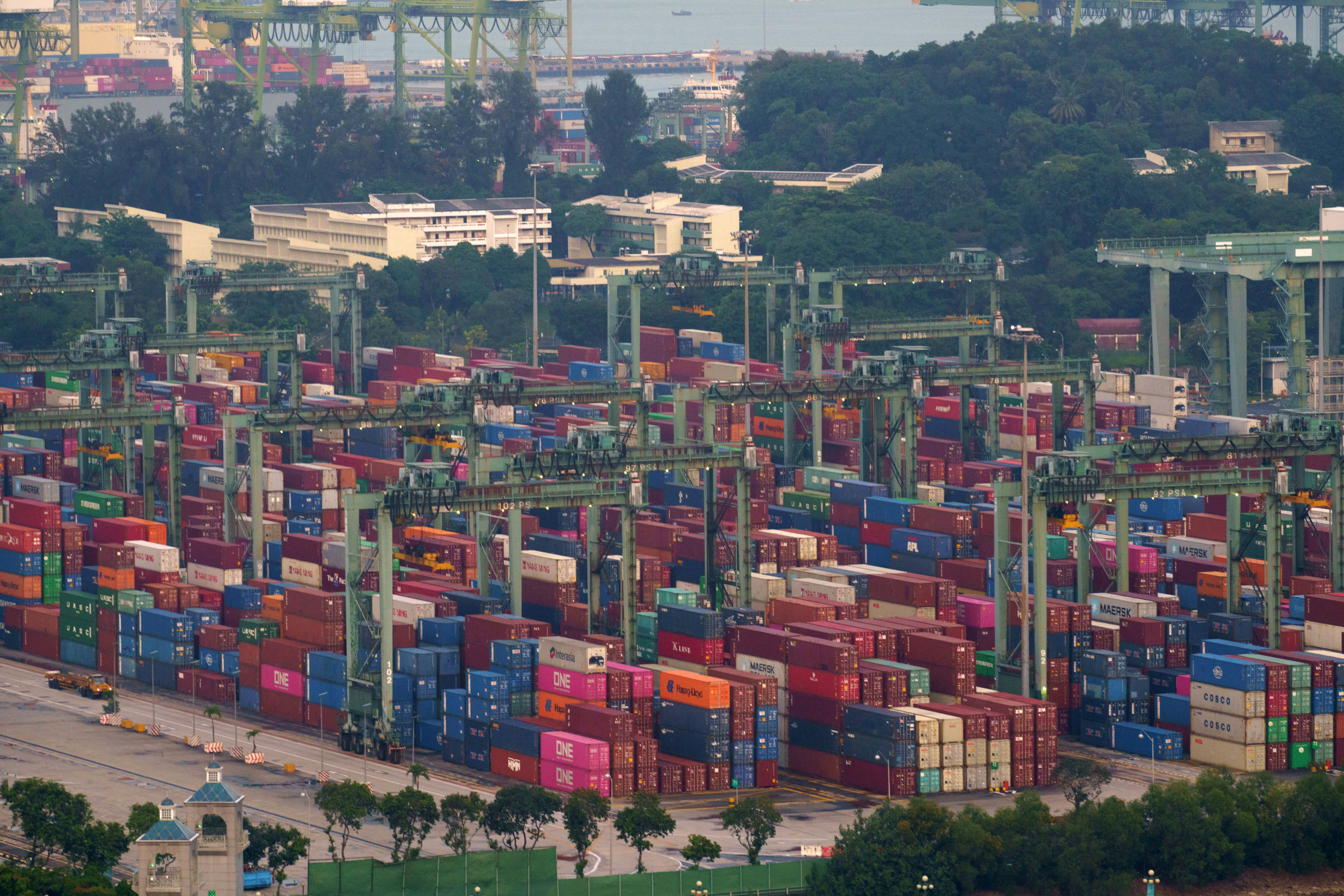 What Would IPEF Do?

That's still to be figured out. Monday's announcement signals the start of talks among participating countries to decide what will ultimately be in the framework, so the descriptions for now are largely aspirational. In a broad sense, it's a way for the U.S. to lay down a marker signaling its commitment to remain a leading force in Asia.

“We're writing the new rules for the 21st century economy," Biden said at the announcement. "They're going to help all our countries' economies grow faster and fairer. We'll do that by taking on some of the most acute challenges that drag down growth.”

White House national security adviser Jake Sullivan said IPEF is “focused around the further integration of Indo-Pacific economies, setting of standards and rules, particularly in new areas like the digital economy, and also trying to ensure that there are secure and resilient supply chains.”

The idea that new standards for world trade are needed isn't just about discontent among U.S. voters. It's a recognition of how the pandemic disrupted the entire scope of supply chains, shuttering factories, delaying cargo ships, clogging ports and causing higher inflation globally. Those vulnerabilities became even clearer in late February after Russian President Vladimir Putin ordered the invasion of Ukraine, causing dangerously high jumps in food and energy costs in parts of the world.

Who's Going to Firm Up the Details?

The negotiations with partner countries will revolve around four pillars, or topics, with the work split between the U.S. trade representative and the Commerce Department.

The U.S. trade representative will handle talks on the “fair" trade pillar. This would likely include efforts to shield U.S. workers from job losses as China's entrance into the World Trade Organization in 2001 led to severe manufacturing layoffs. Those job losses gutted parts of the U.S., angered voters and helped power the political rise of Donald Trump, who, as president, pulled the U.S. out of the Trans-Pacific Partnership almost as soon as he took the oath of office in 2017.

The Commerce Department will oversee negotiations on the other three pillars: supply chain resiliency, infrastructure and climate change, and tax and anti-corruption. Commerce Secretary Gina Raimondo flew with Biden on Air Force One to Japan. She was also by the president's side during his time in South Korea, where he highlighted investments in U.S. factories by automaker Hyundai and the electronics behemoth Samsung.

An added wrinkle is that countries can choose which pillars they want to belong to, according to an administration official. They are not required to back all four.

Who Else Can Join IPEF?

The White House has said IPEF will be an open platform. But it has faced criticism from the Chinese government that any agreement could be an “exclusive" clique that would lead to greater turmoil in the region.

And there are sensitivities to China, the world's second-largest economy, in setting up IPEF. The self-ruled island of Taiwan, which China claims as its own, is being excluded from the pact. This exclusion is noteworthy since Taiwan is also a leading manufacturer of computer chips, a key element of the digital economy that will be part of IPEF negotiations.

White House national security adviser Jake Sullivan said Sunday that any trade talks with Taiwan would be done one to one.

How Long Will It Take?

Once talks start, negotiations are expected to go 12 to 18 months, an aggressive timeline for a global trade deal, according to an administration official. The official insisted on anonymity to discuss plans and added that building consensus inside the U.S. will also be key.