Mayor Eric Garcetti joined the City Council Tuesday in saluting Tom LaBonge's 39.6 years of public service during a public send-off for the termed-out councilman known to many as "Mr. Los Angeles.''

Garcetti and LaBonge's council colleagues came ready with jokes about his outsized personality, reflected in his deep knowledge of high school football teams, penchant for big hugs and love of classic Los Angeles institutions such as Pink's Hot Dogs. But they also expressed admiration for his hands-on approach to serving constituents in his 4th District, which stretches from Sherman Oaks to Hollywood.

They shared stories of spotting LaBonge removing weeds around the city, getting too close for comfort to a fire at his beloved Griffith Park and giving wild, off-the-beaten-path tours of Los Angeles. 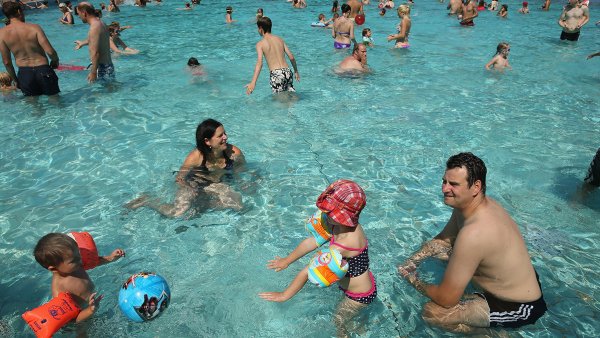 "Nobody can doubt his authenticity," Garcetti said. "We've all been through it. The first time you meet Tom LaBonge, you're like, 'There's no way this guy is for real.' And you peel away the layers of the onion and realize that he is a 100 percent who he is, what he is and really, who we are and what we're about here."

Garcetti, who represented the neighboring 13th Council District before becoming mayor, noted that LaBonge was a strong advocate in the fight to keep Los Angeles whole during the San Fernando Valley's failed secession movement.

LaBonge was also a big proponent of preparing for the next big earthquake, long before the recent push to seismically fortify the city's buildings and infrastructure, Garcetti said.

"If something isn't getting done, he will go out and do it himself," Koretz said. "And probably everyone in CD4 and surrounding areas, including me, have seen Tom out there doing something like being out there with a shovel and removing some weeds."

LaBonge called his years working for the city a special opportunity and recounted a formative experience attending an event in 1975 featuring then-Mayor Tom Bradley, who was about to leave when he saw a woman whose car broke down. Bradley used jumper cables to help the woman restart her car.

"I carry a jumper cable in my car because of Tom Bradley, because that's service to all people in need," LaBonge said.

LaBonge, 61, worked in various city jobs, including as a council aide for 15 years, as a field deputy, and as the chief of field operations for then-Mayor Richard Riordan.

His 14-year career as city councilman began in 2001, when he ran successfully to fill the 4th District seat after Ferraro died. LaBonge has held the same job ever since, getting re-elected three more times.